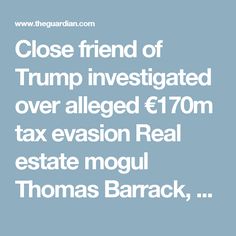 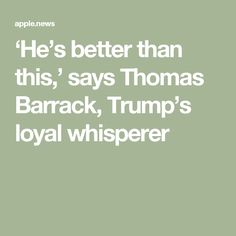 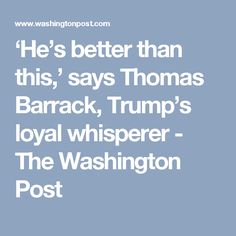 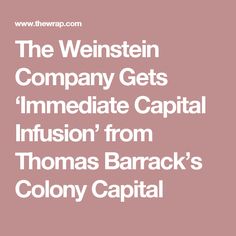 His grandparents immigrated to the United States from Lebanon. He graduated with a BA in 1969 from the University of Southern California (USC) where he was a star on their national championship rugby team. He attended USC and USC Gould School of Law receiving a JD in 1972 and he was an Editor of the Law Review.

Barrack was later a principal with the Robert M. Bass Group. In 1990, he founded Colony Capital, with initial Investments by Bass and GE Capital, and later Eli Broad, Merrill Lynch, and Koo Chen-fu. He has invested some $200 million in Middle East real estate, $534 million in non-performing German real estate loans, and made a $24 million loan to Photographer Annie Leibovitz. He also owns the Neverland Ranch. Through Colony Capital, he runs a $25 billion portfolio of assets, from the Fairmont Raffles Hotels International hotel chain in Asia, the Aga Khan's former resort in Sardinia, Resorts International Holdings, One&Only Resorts, Atlantis, etc.

As of September 2011, Barrack was the 833rd richest person in the world, and the 375th richest in the United States, with an estimated wealth of US$1.1. billion. However, he was no longer a Billionaire in 2014.

Barrack is married, and he has four children. They reside in Los Angeles, California. He also owns a 1,200-acre mountain ranch near Santa Barbara, California. He is Roman Catholic. His wife filed for divorce in 2016.

In October 2017, Barrack's Colony Capital invested in film production company The Weinstein Company to allegedly keep it afloat in light of the sexual misconduct allegations against Harvey Weinstein. Barrack had previously owned a stake in Miramax, the Weinstein brothers’ predecessor film company.