Prince Alwaleed Bin Talal Alsaud was born on March 07, 1955 in Riyadh, Saudi Arabia, Saudi Arabia. High-profile Saudi Arabian investor Prince Alwaleed bin Talal owns chunks of private and public companies in the U.S., Europe and the Middle East through Kingdom Holding Co., 5% of which is listed on the Saudi Stock Exchange (he is listed as owning the other 95%). Holdings include stakes in ride-sharing firm Lyft, social media firm Twitter, Citigroup, hotel management company Four Seasons Hotels & Resorts, the swanky Hotel George V in Paris and the Savoy Hotel in London. Outside of Kingdom Holding, the Prince owns real estate in Saudi Arabia, the majority of Arabic-language entertainment firm Rotana, and other assets. Prince Alwaleed, who bought Donald Trump's yacht in 1991, called out Trump on Twitter in June 2016, saying he should drop out of the presidential race "as you will never win." After Trump won the U.S. election in November, Alwaleed congratulated him on Twitter. In December 2016, Alwaleed joined Bill Gates' Breakthrough Energy Coalition with the promise of a $50 million investment.
Prince Alwaleed Bin Talal Alsaud is a member of Investments 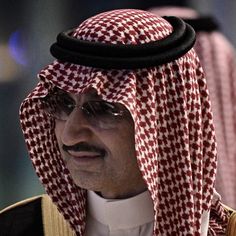 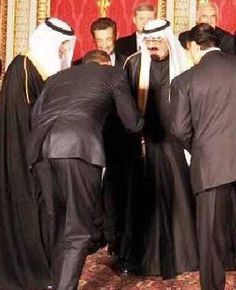 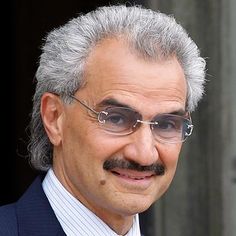 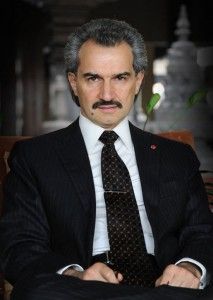 He has not earned enough income from his investments to pay for all that he has spent in the 1990s. The mystery goes back to that first stake in Citicorp. The prince has declared that this money came entirely from his personal funds. He says he started out in 1979 with a loan of just $30,000 from his father. He also mortgaged a house that his father had given him, raising something like $400,000. And each month, as a grandson of Ibn Saud, he receives $15,000. You could barely clothe a Saudi prince for such sums, let alone furnish him with a multi-billion-dollar empire. Nevertheless, by 1991 Prince Alwaleed had felt able to risk an investment of $797m in Citicorp.

Al-Waleed was born in Jeddah on 7 March 1955 to Prince Talal bin Abdul-Aziz, long-time known as The Red Prince, and Mona Al Solh, daughter of Riad Al Solh (Lebanon's first prime minister). His Father was Saudi Arabia’s Finance minister during the early 1960s, before he went into exile due to his advocacy for political reform. Al-Waleed's grandmother was Munaiyir, whose family escaped the Armenian Genocide. She was presented by the emir of Unayza to Ibn Saud in 1921, when she was 12 years old and Ibn Saud was 45.

Al-Waleed has been married four times. His first wife was his cousin, Dalal bint Saud, a daughter of King Saud. They have two children (Prince Khaled, born 1978 and Princess Reem, born 1982), and later divorced. After divorcing his second wife, Al-Waleed married Kholood Al Anazi. His fourth wife was Ameera al-Taweel; after about six years of marriage, they divorced in 2014. In an interview, he said: "Yes, I announce it through Okaz - Saudi Gazette for the first time. I have officially separated from Princess Ameera Al-Taweel, but she remains a person that I have all respect for."

Al-Waleed owns the 65th-largest private yacht in the world, the 85.9-meter (282-ft) Kingdom 5KR (originally built as the Nabila for Saudi arms dealer Adnan Khashoggi in 1979). In 1983, owned by Khashoggi, it appeared as the Flying Saucer (the yacht of James Bond's villain, Largo) in Never Say Never Again. It was sold to Donald Trump, who renamed her the Trump Princess. Al-Waleed bought the yacht after Trump experienced financial problems in the late 1980s.

He bought a substantial tranche of shares in Citicorp in 1991, when the company was in crisis. From an initial investment of $550 million ($2.98 per share after adjustments for stock splits, acquisitions and spin-offs, according to Bloomberg calculations) to bail out Citibank's underperforming American real-estate and Latin American business-loan portfolios, his holdings in Citigroup grew to about $1 billion.

In 1999 The Economist expressed doubts about the source of his income, wondering if he was a front man for other Saudi investors:

He is the founder, chief executive officer and 95-percent owner of the Kingdom Holding Company, a Forbes Global 2000 company with Investments in companies in the financial services, tourism and hospitality, mass media, entertainment, Retail, agriculture, petrochemicals, aviation, Technology and real-estate sectors. In 2013, the company had a market capitalization of over $18 billion. Al-Waleed is Citigroup's largest individual shareholder, the second-largest voting shareholder in 21st Century Fox, and owns Paris' Four Seasons Hotel George V and part of the Plaza Hotel. Time has called him the "Arabian Warren Buffett". In November 2017 Forbes listed Al-Waleed as the 45th richest man in the world, with an estimated net worth of $18.7 billion.

His real-estate holdings included large stakes in the Four Seasons Hotels and Resorts and New York's Plaza Hotel; al-Waleed sold half his shares in the Plaza in August 2004. He has invested in London's Savoy Hotel and Monaco's Monte Carlo Grand Hotel. Al-Waleed holds a ten-percent stake in Euro Disney SCA, the company which owns, manages and maintains Disneyland Paris in Marne-la-Vallée.

Al-Waleed is also a philanthropist, and much of his charitable activity is in the field of educational initiatives to bridge gaps between Western and Islamic communities. He has funded centers of American studies in universities in the Middle East and centers of Islamic studies in Western universities, which, in 2005, led Campus Watch and the American Jewish Congress to question the centers' academic autonomy. In 2002, al-Waleed donated $500,000 to help fund the George Herbert Walker Bush scholarship at Phillips Academy in Andover, Massachusetts. and donated £18.5 million to Palestinian families during a TV telethon ordered by Saudi King Fahd to help relatives of Palestinians after Israeli operations in the West Bank city of Jenin. In 2004, he contributed $17 million to victims of the 2004 Indian Ocean earthquake and tsunami.

His stake in Citibank accounted for approximately half his wealth before the financial crisis of 2007–08. At the end of 1990 al-Waleed bought 4.9 percent of Citicorp’s Common stock for $207 million ($12.46 per share), the maximum before he would be legally obliged to declare his investment. In February 1991 he spent $590 million on new preferred shares, convertible to Common shares at $16 each. This, an additional 10 percent of Citicorp, brought al-Waleed's stake to 14.9 percent.

In 2005, al-Waleed gave Georgetown University $20 million to create the Prince Alwaleed bin Talal Center for Muslim-Christian Understanding (ACMCU) in the university's School of Foreign Service, the second largest donation in the school's history. On 8 May 2008, al-Waleed gave £16 million to Edinburgh University to fund a "centre for the study of Islam in the contemporary world". He has also endowed the Prince Alwaleed Bin Talal Bin Abdulaziz Alsaud Center for American Studies and Research (CASAR). The Institute for Computational Biomedicine at Weill Cornell Medical College is named for al-Waleed. The Centre of Islamic Studies at the University of Cambridge and the Islamic Studies Program at Harvard University are also named for him.

Al-Waleed received the first order of the Order of King Abdulaziz of Saudi Arabia in 2002 and is a recipient of the Lebanese National Order of the Cedar. On 2 December 2009, he received the Order of Izzudin from Maldives President Mohamed Nasheed; that year he also received the Star of Palestine, the highest honour conferred by the State of Palestine. In 2010, al-Waleed received the Dwight D. Eisenhower Award for Innovation. He received the Bahrain Medal of the First Order, the country’s highest honorary medal in late May 2012. He received the Nepalese third-order Mahaujjval Rastradip Manpadvi, the highest award bestowed on a foreigner, and Guinea-Bissau's Colina De Boe Medal in August 2012. In June 2013 al-Waleed was made Grand Commander of the Order of the Republic of Sierra Leone (GCRSL), the country's highest honour. On 13 December 2014, he was made an Honorary Companion of the National Order of Merit of the Republic of Malta.

Al-Waleed ordered a yacht known as the New Kingdom 5KR, about 173 meters (567 ft) long with an estimated cost of over $500 million. The yacht is designed by Lindsey Design, and its design was delivered in late 2010. However, there has been no recent news regarding the yacht.

In December 2011 Al-Waleed invested $300 million in Twitter, purchasing secondary shares from insiders. The purchase gave Kingdom Holding a "more than 3% share" in the company, which was valued at $8 billion in late summer 2011.

He owns several aircraft converted for private use: a Boeing 747, an Airbus 321 and a Hawker Siddeley 125. Al-Waleed was the first individual to purchase an Airbus A380 and was due to take delivery of it in the spring of 2013, but it was sold before delivery.

Al-Waleed is considered a proponent of female emancipation in the Saudi world. He financed the training of Hanadi Zakaria al-Hindi as the first Saudi woman commercial airline pilot, and said at her graduation that he is "in full support of Saudi ladies working in all fields". Al-Hindi became certified to fly within Saudi Arabia in 2014.

On July 1, 2015, al-Waleed held a press conference announcing his intention to donate $32 billion to philanthropic causes. He said that the funds would be used for humanitarian projects such as the empowerment of women and youth, disaster relief, disease eradication and building bridges of understanding between cultures.

On 4 November 2017, Al-Waleed was arrested in Saudi Arabia in a "corruption crackdown" conducted by a new royal anti-corruption committee. This was done on authority of Crown Prince Mohammad bin Salman, his cousin (both are grandsons of Ibn Saud, first monarch and founder of Saudi Arabia).

Al-Waleed was released from detention in late January 2018, nearly three months after his arrest, after he and most of the other Saudi notables arrested the previous year had made a financial settlement of some kind with the Saudi government.

After the September 11 attacks, al-Waleed gave a cheque for $10 million to New York City Mayor Rudy Giuliani, despite Saudi opposition. In a written statement after his donation, he said: "At times like this, we must address some of the issues that led to such a Criminal attack. I believe the government of the United States of America should re-examine its policies in the Middle East and adopt a more balanced stance toward the Palestinian cause." As a result of that statement, Giuliani returned his check. Al-Waleed said to a Saudi weekly magazine about Giuliani's rejection of his cheque, "The whole issue is that I spoke about their position [on the Middle East conflict] and they didn’t like it because there are Jewish pressures and they are afraid of them."