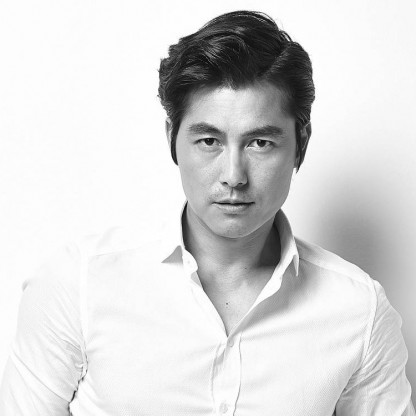 Jung Woo-sung was bornon April 22, 1973 in Seoul, South Korea, South Korean, is Actor. Jung Woo-sung is a South Korean actor, director, producer and model. Also popular in several other Asian countries in addition to South Korea, Jung is the first Korean UNHCR Goodwill Ambassador as well. Jung was born in an underprivileged family in Seoul, South Korea and had to drop out of school to support his family. Later he worked as a model which eventually helped him pursue a career in acting. He made his acting debut with the 1994 South Korean film 'The Fox with Nine Tails'. A few years later, Jung reached a cult status after appearing in the gangster film 'Beat'. Undoubtedly one of the most popular and successful stars of South Korea, he has been a part of many super-hit projects like 'Reign of Assassins', 'Don't Forget Me' and 'Asura: The City of Madness'. Besides his work in films, he is also popular for his work on TV. His first significant role on TV was seen in the series 'Asphalt Man'. His other popular works include 'Padam Padam... The Sound of His and Her Heartbeats', a South Korean TV series which aired in 2011. His contributions to the film and television industry has won him several awards such as the ‘Hawaii International Film Festival Award’ and the ‘Busan Film Critics Award’.
Jung Woo-sung is a member of Film & Theater Personalities 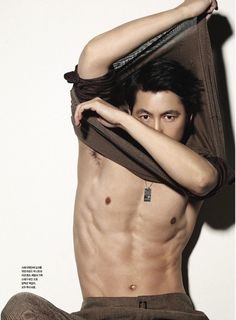 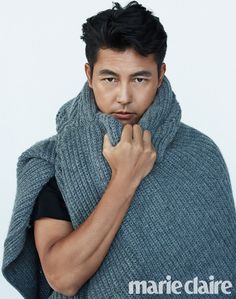 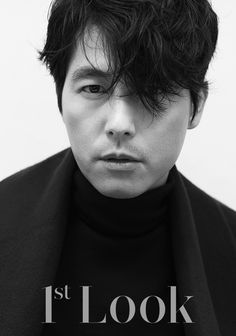 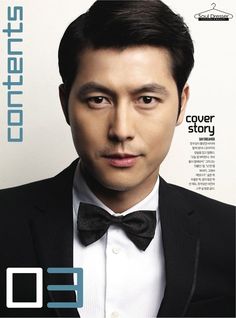 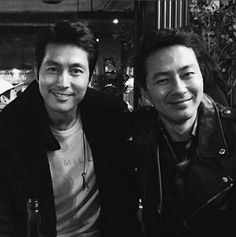 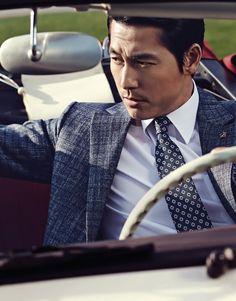 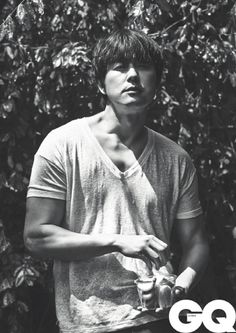 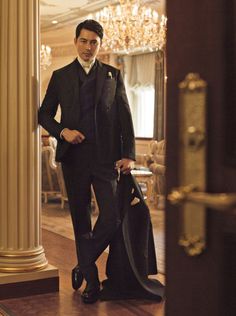 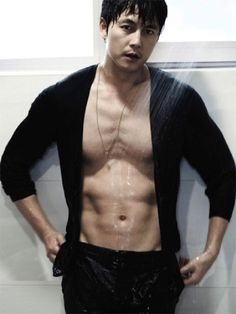 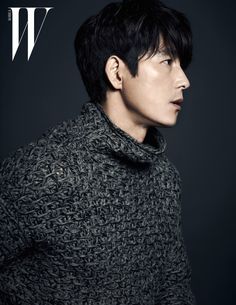 Jung Woo-sung made his film debut with a leading role in 1994's The Fox with Nine Tails, one of the first Korean fantasy movies and the first to use computer-generated imagery. He debuted together with the Actress Ko So-young, who later co-starred with him twice including his breakthrough 1997 film Beat. Directed by Kim Sung-su, Beat is a story of a high school student caught up in gang life against his will. The movie brought Jung widespread fame and started his rise to Korea's A-list actor and one of the most sought-after commercial Models.

In 1995 Jung appeared in his first major television role in SBS drama series Asphalt Man, playing an aspiring race driver who leaves to United States to realize his dream. The part not only expanded his popularity but also brought him critical acclaim with Best New Actor award at 32nd Baeksang Arts Awards and SBS Drama Awards.

In 1999 he starred in another iconic movie of the Director Kim Sung-su, City of the Rising Sun, portraying friendship that develops between an unsuccessful boxer and an equally unlucky swindler. His co-lead in the movie, actor Lee Jung-jae, became his lifelong friend.

In 2000 Jung had started to try his hand at directing. His first works were music videos for one of the top South Korean pop music group G.o.d.. In 2012, he directed and starred in the promotional commercial for cable channel XTM. And a year later, Jung was among four celebrities who directed a short film using smartphone Samsung Galaxy S4 with the theme "Meet a Life Companion." His short Love explored the feelings of first love, and recorded 1.8 million views on YouTube. He then directed another short film for Samsung Galaxy S4, this time for the project "Story of Me and S4." In Jung's short Beginning of a Dream, Choi Jin-hyuk starred as an ordinary office worker who dreams of leaving his mundane existence and entering a world of fantasy; he is approached by a blue fish, rides a Sports car at supersonic speed, sees a boy floating past holding a balloon, hangs out with a hippie band in their van, and meets himself as a young boy at a bus stop.

2001's Musa marks his third collaboration with Director Kim Sung-su. In the epic blockbuster Jung played opposite Chinese superstar Zhang Ziyi and received wide exposure abroad as well as in Korea. After spending time in 2002 directing a series of music videos and appearing in a large number of commercials, Jung took on the eccentric lead role in Mutt Boy, the fifth film by Director Kwak Kyung-taek.

Kim Jee-woon's "kimchi western" The Good, the Bad, the Weird inspired by Sergio Leone's work, would become one of Jung's most iconic roles, using his physicality to great effect as the Clint Eastwood counterpart in The Good, the Bad and the Ugly. The film was screened out of competition at the 2008 Cannes Film Festival which also marked its world premiere. Jung attended the festival together with his co-stars. He won the Best Supporting Actor award at the 3rd Asian Film Awards and the Outstanding Achievement in Acting Award at the 2008 Hawaii International Film Festival for his performance. Shortly after Jung would work again with Kim Jee-woon on a short film for W Korea.

In 2010 Jung returned to the small screen after 15 years' absence in the big-budget spy series Athena: Goddess of War, playing an NTS (National Anti-Terror Service) agent. Athena was a spin-off to the 2009 highly successful KBS2 drama IRIS. With a budget of ₩20 billion (US$17 million), the series was shot on location in Italy, New Zealand, Japan and the United States. The aired in SBS channel, and its pilot episodes gathered 22.8% of the audience share. Jung and another actor were injured during filming in January 2011, causing a week's postponement of one of Athena's episodes. The series was also edited into a two-hour movie version, and released in 2011 as Athena: The Movie.

The actor is notoriously private about his romantic involvements. The only one that he publicly acknowledged so far was his short-lived relationship with Athena co-star Lee Ji-ah. After they were photographed on a date in Paris, Jung confirmed in March 2011 they were dating. But after Lee's married and divorced past with top Korean singer-songwriter Seo Taiji became exposed to the public the following month, the Korean press reported in June that Jung and Lee had broken up. Despite this and contrary to some other South Korean mega stars Jung's life remains untouched by any scandals and he is often praised by fellow filmmakers for his cooperativeness and willingness to help junior colleagues on the set. He is known for picking up the tab when eating with his co-workers or ordering meals for the entire crew.

In October 2012 Jung left Taurus Films, his agent since 2009, and established new talent agency Red Brick House appointing his manager of 10 years as CEO. In May 2016, Jung and actor Lee Jung-jae co-founded and became CEOs of the talent management agency, Artist Company. Apart from the owners the company represents other artists, among which are: Lee Si-a, Go Ara, Ha Jung-woo, Esom, Nam Ji-hyun and Yum Jung-ah.

Jung drew praise in his first villain role in Cold Eyes, an action thriller that became a box office hit in 2013. He portrayed the ruthless head of a Criminal organization specializing in bank robbery, eluding the detectives chasing him with uncanny dexterity. Jung next played a baduk player seeking revenge in The Divine Move, followed by an adulterous university professor gradually losing his eyesight in Scarlet Innocence. Scarlet Innocence had its world premiere at the 2014 Toronto International Film Festival, meeting with positive reviews from critics. He then took a leading role in the melodrama indie feature Don't Forget Me, also known as Remember You, a remake of the 2010 short film Remember O Goddess, both directed by Lee Yoon-jung. Jung had also co-produced this movie, explaining that he wanted to protect the director's original ideas that other producers wanted to modify.

In 2014, Jung along with Chinese actors Francis Ng and Chang Chen, directed three short films for Three Charmed Lives, an omnibus commissioned by the Hong Kong International Film Festival. Critics praised Jung's short The Killer Behind the Old Man as the strongest and most stylish entry. In it, a son hires an ultra-methodical hitman (played by Andy Choi) to assassinate his own Father, but the killer however finds himself transfixed by the man's slow-moving and ordered life, and thus hesitates to carry through with his mission. Jung was invited to present The Killer Behind the Old Man at the 9th London Korean Film Festival in November 2014.

In 2015 he visited South Sudan and in the beginning of March 2016 he met with Syrian refugees in Lebanon. In June 2017 he went to Kurdistan Region of Iraq and visited Qushtapa camp for Syrian refugees and Hasansham U3 camp housing mainly Iraqis displaced from Mosul region.

In 2016, he starred in the noir crime thriller Asura: The City of Madness, his fourth collaboration with Director Kim Sung-su. Jung played a crooked detective who attempts to save his terminally ill wife while arresting a corrupt town mayor. Asura premiered globally at the 41st Toronto Film Festival in September, 2016, where it was shown in the Special Presentations section. The actor's second movie shot in 2016 and released in 2017 was Han Jae-rim's political drama The King, whose plot revolves around a senior prosecutor being manipulated by an overambitious younger colleague connected to the mafia.

In 2017, Jung stars in Steel Rain, playing a former agent from North Korea's intelligence bureau. In 2018 he will play an officer of the elite police unit in the science fiction action thriller In-Rang. The movie, based on the Japanese anime Jin-Roh: The Wolf Brigade, will be his second collaboration with Director Kim Jee-woon.