Reg Traviss was born on February 12, 1977 in London, United Kingdom, British, is Film Director, Screenwriter. Reg Traviss is a British film director as well as a scriptwriter who is known for making films like ‘Psychosis’. He has made only six films till date but has already made a name for himself in the industry. Interested in the show business from a young age, he started making short films as a teenager in the 1990s and also made several promos while working for BBC. Eventually he set up his own feature film production company named ‘Kingsway Films’. Over the past few years, Reg Traviss has seen many ups and downs in both his professional and personal life. He was once in a serious relationship with the singer Amy Winehouse and was even planning to marry her. However, destiny had other plans and all his hopes of building a life with her came crashing down with her untimely death in 2011. Another disturbing incident occurred when he was accused of twice raping one of his friends. He appeared in court, but was cleared of all charges as it was proved that the woman had falsely accused Reg of rape charges.
Reg Traviss is a member of Film & Theater Personalities 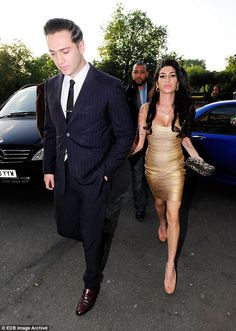 Traviss was born in London, England. He began making short films in the late 1990s. His first production, in 1996, was sponsored in part by The Prince's Trust. In 2000 he started work as an Idents and Promos Director for the BBC's BBC Choice TV station, then in February 2003 he co-founded feature film production company Kingsway Films.

From 2003 to 2005 Traviss worked on his directorial debut for the big screen Joy Division, a fictionalised biopic which he wrote with Rosemary Mason, based on real life events set in the last months of World War II and the early years of the Cold War. The film was co-produced by German production company Dreamtool Entertainment and Traviss' company Kingsway Films on a budget of $6,000,000. The film starred an ensemble of German, British and Hungarian actors including the rising European stars Tom Schilling and Bernadette Heerwagen, British actor Ed Stoppard, television Actress and pop singer Michelle Gayle, alongside veteran big screen performers Bernard Hill and Suzanne von Borsody and was filmed in London, Canada, Hungary, Germany and Slovakia. The story was influenced by the bestselling books Berlin: The Downfall 1945 by Antony Beevor and Armageddon by Max Hastings. Joy Division was received at the Copenhagen International Film Festival in September 2006 and was released in theatres in the UK, Germany, New Zealand and Australia from 2006 to late 2007. The film received good reviews by critics and Film Review magazine in 2007 named Traviss as one of the UK's most promising new filmmakers. The film also attracted the attention of wider review and debate within the cultural press.

Between 2008 and 2010, Traviss was in a relationship with Suicide Girls burlesque Dancer Raven Isis Holt, who featured in his 2010 film Psychosis.

Traviss was in a relationship with singer Amy Winehouse from early 2010 until her death on 23 July 2011. According to media reports and a biography written by Winehouse's father, Traviss and Winehouse had planned to marry and intended to have children.

In 2015, a documentary film about Traviss's late former girlfriend Amy Winehouse was released in the summer, entitled Amy. Winehouse's family and Traviss publicly disapproved of the film, saying that it was "downright inaccurate" and contained "basic untruths". Traviss and Winehouse's father Mitch have asked the film crew to edit the film, as it portrays Winehouse's father as a villain and contains nothing about Traviss. However, since the editors behind the movie declined their request, Mitch Winehouse and Traviss are now intending to create a new film about Winehouse, to correct all the wrongs and omissions that were in the documentary.