Roger Deakins was born on May 24, 1949 in Torquay, British, is Cinematographer. Roger Alexander Deakins, CBE, ASC, BSC is a British cinematographer best known for his work in films like ‘The Shawshank Redemption’, ‘No Country for Old Men’, ‘Skyfall’, ‘Sicario’ and more recently, ‘Hail, Caesar!’ He is the preferred cinematographer for the Coen Brothers and other eminent directors like Sam Mendes and Denis Villeneuve. Interested in painting and photography since his early life, he studied graphic designing. He then started his career in filming documentaries and gradually made his way into Hollywood. His signature cinematographic style adheres to using simple lighting design, often with only a couple of light sources and shooting films using only spherical lenses. Apart from cinematography, he has also been the visual consultant for a number of hit animation movies like ‘WALL-E’, ‘How to Train Your Dragon’ etc. He is a member of both the American and British Society of Cinematographers and has been honoured with the Most Excellent Order of the British Empire in 2013 for his contribution to cinema. In 2011, he received the prestigious American Society of Cinematographers Lifetime Achievement Award. He has also received twelve nominations for the Academy Award for Best Cinematography. He continues to inspire film enthusiasts with his talent and work.
Roger Deakins is a member of Film & Theater Personalities 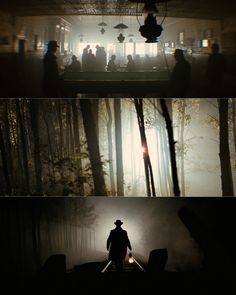 From the time of his work in Africa until the early 1980s, Deakins continued his cinematographic and directorial work in documentaries as well as the burgeoning field of music videos. His early work as both a Director and Cinematographer of music videos including a lot of the early Madness videos. Carl Perkins' "Blue Suede Shoes" and the concert film Van Morrison in Ireland. Subsequently, he worked on Towers of Babel, Sid and Nancy, The Kitchen Toto, and Pascali's Island.

Deakins married script supervisor Isabella James Purefoy Ellis, professionally known as James Ellis, on 11 December 1991. He lives in his home county Devon in the south west of England. Deakins' primary hobby is taking still photographs. Before he entered the National Film School in Buckinghamshire he spent a year in North Devon, documenting the way of life on the farms and in the villages. This cemented his passion for still photography that continues to this day. On the rare days that he is not in his boat while in Devon, Deakins enjoys travelling to various places to augment his growing series of images.

Deakins received his first major award from the American Society of Cinematographers for his outstanding achievement in cinematography for the internationally praised major motion picture The Shawshank Redemption. The ASC continued to honour Deakins with outstanding achievement nominations for his later works, including Fargo, Kundun, O Brother, Where Art Thou?, and The Man Who Wasn't There, for which he won his second ASC Award. The U.S. National Board of Review of Motion Pictures honored him with an award for Career Achievement in Cinematography in 2007.

In 2008, Deakins became the first Cinematographer in history to receive dual ASC nominations for his works The Assassination of Jesse James by the Coward Robert Ford and No Country for Old Men. The latter won the BAFTA Award for Best Cinematography and he received Academy Award nominations for both films. In 2009, he was double-nominated for the ASC Award again for Revolutionary Road and The Reader (with Chris Menges). In 2011, he was nominated again for his work on True Grit and also received an ASC Lifetime Achievement Award.

Deakins was appointed Commander of the Order of the British Empire (CBE) in the 2013 Birthday Honours for services to film.

Deakins signed on as Cinematographer for Skyfall, having previously worked with Director Sam Mendes on Jarhead and Revolutionary Road. For his work, he received his third ASC Award for outstanding achievement in cinematography from his ninth ASC Award nomination. Deakins also worked as one of the visual consultants for the Pixar's animated feature WALL-E, DreamWorks Animation's How to Train Your Dragon, and Nickelodeon Movies' Rango. In 2018, he received his fourth ASC award, his fourth BAFTA award, and his first Academy Award for Blade Runner 2049, directed by Denis Villeneuve.