Susan Dell was born in Dallas, Texas, USA, United States, is Businesswoman/Philanthropist. Susan Lynn Lieberman Dell is the wife of Michael S. Dell, the founder and CEO of Dell Inc., the leading information technology infrastructure providing company. Susan and Michael got married in 1989 and since then she has been actively involved in philanthropic activities. A former athlete, now mother of four, she is also an entrepreneur herself, having founded a fashion label, a business stemming from her passion. Prior to marriage, Susan was an avid sportswoman, proficient in marathons, triathlons and cycling. She has been one of the founder members of Michael and Susan Dell Foundation, a philanthropic institution propelled by Dell Inc. and its multi-billion dollar backing. Susan has been the backbone of the foundation and the projects undertaken by it mostly had her brainchild. Highly competitive and driven by nature, whatever Susan has achieved, it has all come through immense hard work and not just by virtue of marrying a business magnate.
Susan Dell is a member of Miscellaneous 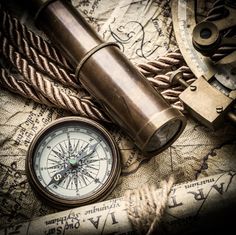 She was campaign spokeswoman for the 2006 gubernatorial campaign of GOP candidate John Faso and for the New York State Senate Republican Committee.

Del Percio has served as a media spokeswoman on both political and corporate campaigns and regularly appears on television as a political analyst. In 2008, she began running O’Reilly Strategic Communications, which she co-founded nine years earlier with political strategist william F. B. O'Reilly, who left to join another firm. She later founded the firm Susan Del Percio Strategies.

Del Percio was named special advisor to New York Governor Andrew Cuomo in 2014, returning to political consulting in 2015, and was in former Mayor Rudolph Giuliani's administration as deputy commissioner for Finance and administration. She holds a master's degree in political communication from Emerson College.