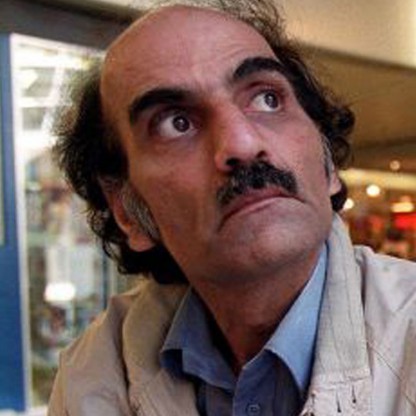 Mehran Karimi Nasseri was born on 1942 in Masjed Soleiman, Iran, Iranian, is Refugee. Mehran Karimi Nasseri is an Iranian refugee who literally lived at Paris’ Charles de Gaulle Airport from August 1988 until July 2006. Also known as Sir, Alfred Mehran (the comma isn’t a typo), Mehran’s story is one of a kind, and so fascinating that Steven Spielberg actually made a hit movie based upon his experiences - Remember ‘The Terminal’? The reason behind him spending almost two decades at Terminal 1 of the Charles de Gaulle Airport is that he wasn’t allowed by the authorities to step out of the airport. He had lost his passport as well as other documents, while he was on his way to London from Paris, and thus, wasn’t allowed to enter the country. He, therefore, returned to Paris, but since he had no legal documents, he was arrested by the officials as soon as he reached Paris. However, since he had entered Paris legally, he was released but had nowhere to go. The only place he could legally stay was at the departure lounge of Terminal one of the airport, and so he did. From that moment, he became the man with no country - claimed by no one.
Mehran Karimi Nasseri is a member of Miscellaneous 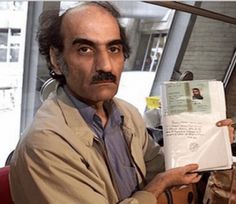 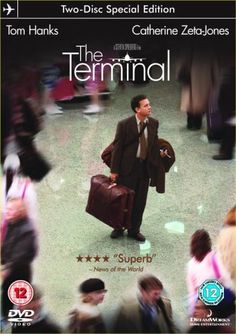 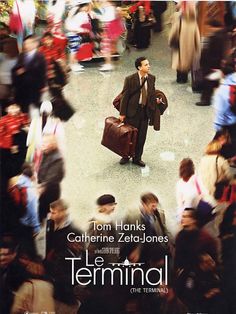 Nasseri was born in the Anglo-Persian Oil Company settlement located in Masjed Soleiman, Iran. His father was an Iranian Doctor working for the company. Nasseri stated that his mother was a nurse from Scotland working in the same place. He arrived in the United Kingdom in September 1973, to take a three-year course in Yugoslav studies at the University of Bradford.

Nasseri claims he was expelled from Iran in 1977 for protests against the Shah and after a long battle, involving applications in several countries, was awarded refugee status by the United Nations High Commissioner for Refugees in Belgium. This allegedly permitted residence in many other European countries. However, this claim has been disputed, with investigations showing that Nasseri was never expelled from Iran.

Having claimed to have one British parent, although he has produced no evidence to support this claim, he decided to settle in the UK in 1986, but en route there in 1988, his papers were lost when his briefcase was allegedly stolen. (Others indicate that Nasseri actually mailed his documents to Brussels while onboard a ferry to Britain, lying about them being stolen.) Despite this setback, he boarded the plane for London but was promptly returned to France when he failed to present a passport to British immigration officials. He was initially arrested by the French, but then released as his entry to the airport was legal and he had no country of origin to be returned to; thus began his residency at Terminal 1.

His case was later taken on by French human rights Lawyer Christian Bourget. In 1992, a French court ruled that, having entered the country legally, he could not be expelled from the airport, but it could not grant him permission to enter France.

Nasseri's story provided the inspiration for the 1994 French film Tombés du ciel, starring Jean Rochefort, internationally released under the title Lost in Transit. The short story "The Fifteen-Year Layover", written by Michael Paterniti and published in GQ and The Best American Non-Required Reading, chronicles Nasseri's life. Alexis Kouros made a documentary about him, Waiting for Godot at De Gaulle (2000). Glen Luchford and Paul Berczeller made the Here to Where mockumentary (2001), also featuring Nasseri. Hamid Rahmanian and Melissa Hibbard made a documentary called Sir Alfred of Charles De Gaulle Airport (2001).

Attempts were then made to have new documents issued from Belgium, but the authorities there would only do so if Nasseri presented himself in person. However, under Belgian law a refugee who voluntarily leaves a country that has accepted him cannot return. In 1995, the Belgian authorities granted permission for him to return, but only if he agreed to live there under supervision of a social worker. Nasseri refused this on the grounds of wanting to enter the UK as originally intended.

In 2003 Spielberg's DreamWorks production company paid US$250,000 to Nasseri for the rights to his story, but ultimately did not use his story in the subsequent film, The Terminal.

Nasseri was reportedly the inspiration behind the character Viktor Navorski, from the 2004 Steven Spielberg film The Terminal; however, neither publicity materials, nor the DVD "special features" nor the film's website mentions Nasseri's situation as an inspiration for the film. Despite this, in September 2003, The New York Times noted that Steven Spielberg had bought the rights to his life story as the basis for The Terminal. The Guardian indicates that Spielberg's DreamWorks production company paid US$250,000 to Nasseri for rights to his story and report that, as of 2004, he carried a poster advertising Spielberg's film draping his suitcase next to his bench. Nasseri was reportedly excited about The Terminal, but it was unlikely that he would ever have had a chance to see it in cinemas.

Nasseri's story was also the inspiration for the contemporary opera Flight by British Composer Jonathan Dove, which won the Helpmann Award at the Adelaide Festival Theatre in March 2006.

Nasseri's stay at the airport ended in July 2006 when he was hospitalized and his sitting place dismantled. Towards the end of January 2007, he left the hospital and was looked after by the airport's branch of the French Red Cross; he was lodged for a few weeks in a hotel close to the airport. On 6 March 2007, he transferred to an Emmaus charity reception-centre in Paris's 20th arrondissement. Since 2008 he has continued to live in a Paris shelter.