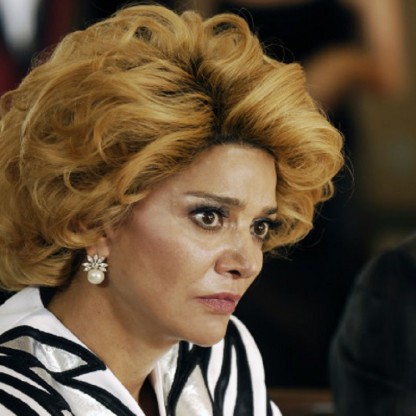 Sajida Talfah was born on June 24, 1937 in Tikrit, Iraq, Iraqi, is Wife of Saddam Hussein. Sajida Talfah is the widow and first cousin of deceased Iraqi President Saddam Hussein. She is the mother of his two sons, Uday and Qusay as well as his three daughters, Rana, Raghad, and Hala. Talfah is the daughter of Saddam Hussein’s uncle, Khairallah Talfah. Before her arranged married to the former president, she worked as a teacher in a school. She hardly appeared with Hussein in public so her existence remained ambiguous to Iraqi people for most of the time. However, after Hussein married another woman, several pictures and videos of him with Talfah emerged in the Iraqi media. These were intended to display to the public that Hussein’s family life was not strained due to his second marriage. Talfah, who now supposedly lives in Qatar, was featured in the BBC drama titled ‘House of Saddam’. In this movie, her character was played by Iranian-American actress Shohreh Aghdashloo. According to some news reports, Talfah is placed at #16 in the Iraqi government's most wanted list.
Sajida Talfah is a member of Miscellaneous 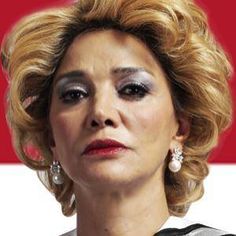 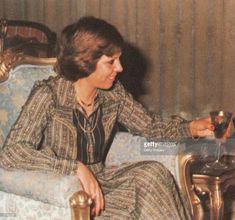 Sajida and Saddam had five children together. In 1964, their first son Uday was born followed by Qusay in 1966. In 1968 their first daughter Raghad was born, followed by Rana in 1969, and finally their youngest daughter Hala in 1972.

In 1986, Saddam married another woman, Samira Shahbandar, while still married to Sajida. Sajida was enraged, and Uday Hussein, son of Saddam and Sajida, was also angry over his father's new wife. Uday believed that his inheritance was endangered by the new wife. He also took it as an insult to his mother. In 1988, at a party thrown in the honor of Suzanne Mubarak, the wife of Egyptian President Hosni Mubarak, Uday beat and stabbed Kamel Hana Gegeo to death. Uday believed that it was Kamel who introduced Saddam and Samira, and that he arranged their meetings. Some say the murder of Gegeo was a request of Sajida. Although her husband married another woman, Sajida and Saddam never divorced.

In 1989, Sajida's brother Adnan, an Iraqi Army General, was killed in a supposed helicopter crash in the desert during a sandstorm. Many people believe that Saddam ordered one of his Bodyguards to plant a bomb in the helicopter because of Adnan's growing popularity. Sajida was furious, and blamed Saddam, believing her brother's death wasn't an accident.

Sajida, along with many members of her family, fled Iraq in 1990 because of the Gulf War, leaving Iraq before the bombings began. There are many different reports on where the Hussein family settled, but a possible location is Switzerland. The Hussein family returned to Iraq after the war was over.

In July 2004, she hired a multilingual and multi-national defence team of some 20 lawyers to defend her husband during his trial for war crimes, crimes against humanity, and other offences. However, on August 8, 2005, Saddam's family announced that they had dissolved the Jordan-based legal team and that they had appointed Khalil al-Duleimi, the only Iraq-based member, as sole legal counsel.

On July 2, 2006, Iraq national security advisor Muwaffaq al-Rubaie announced that Sajida and her daughter Raghad are placed 16th and 17th on the Iraqi government's most wanted list for financing Sunni Muslim insurgents under Saddam's reign.

In 2015, Sajida's family denied rumors that she had died.