Stanley Kroenke was born on July 29, 1947 in Columbia, Missouri, United States. Stanley Kroenke is a real estate and sports mogul who's married to Wal-Mart heiress Ann Walton Kroenke. He owns some 30 million square feet of real estate -- much of it shopping plazas near Wal-Mart stores. Kroenke owns the Los Angeles Rams, which he moved back to California from St. Louis in 2016. His sports empire also includes the Denver Nuggets, Colorado Avalanche, Colorado Rapids and Arsenal. He is a major landowner, with nearly 2 million acres of ranches across the U.S. and Canada.
Stanley Kroenke is a member of Sports 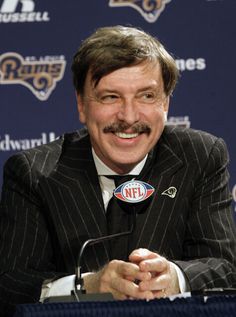 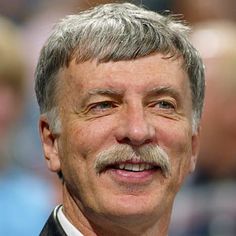 On a ski trip to Aspen, Colorado, Kroenke met his Future wife, Ann Walton, a Wal-Mart heiress. They married in 1974. Already wealthy from real estate, he accrued significant additional wealth when he and Ann inherited a stake in Wal-Mart Stores Inc. upon the 1995 death of her Father, James Walton. As of September 2015, that stake is worth $4.8 billion.

He founded the Kroenke Group in 1983, a real estate development firm that has built numerous shopping centers and apartment buildings. Since his marriage to Walton, he has been in the special position to develop many of the plazas near Wal-Mart stores.

He is also the chairman of THF Realty, an independent real estate development company that specializes in suburban development. He founded this corporation in St. Louis, Missouri, in 1991. In 2016, THF's portfolio was valued at more than $2 billion, including more than 100 projects totaling 20 million square feet, primarily in Retail shopping centers.

On April 13, 1995, Stan Kroenke helped Georgia Frontiere move the Los Angeles Rams from Anaheim to St. Louis by purchasing a 30% share of the team.

Kroenke Sports & Entertainment also owns Pepsi Center in Denver, home of the Nuggets and Avalanche, and co-owns Dick's Sporting Goods Park in Commerce City, home of the Rapids. Both venues were built by his development company. In 2004, Kroenke launched his own competitor to FSN Rocky Mountain (now known as AT&T SportsNet Rocky Mountain), Altitude, a new regional Sports network which became the official broadcaster for both of Kroenke's teams on launch. Kroenke also established TicketHorse, a ticket company that provides in-house sales for all of his teams.

In 2006, Kroenke, in partnership with the money manager Charles Banks, acquired the Napa Valley winery Screaming Eagle. (In April 2009, Banks said he was no longer involved with Screaming Eagle.)

Kroenke is the largest shareholder of Premier League association football club Arsenal. Arsenal already had a technical link-up with Kroenke's Colorado Rapids when in April 2007 Granada Ventures, a subsidiary of ITV plc, had sold its 9.9% stake in Arsenal Holdings plc to Kroenke's KSE UK inc. Kroenke went on to buy further shares in the club, taking his total stake up to 12.19%. The club's board initially expressed skepticism that a bid would be in its best interests, but gradually warmed to him as part of counteracting Alisher Usmanov's rival bid for the club.

By June 2008, the board had prepared to let Kroenke take over the club, and on September 19, 2008, it was officially announced that Kroenke had joined the Arsenal board of Directors. Kroenke had a beneficial interest in, and controlled voting rights, over 18,594 shares, representing 29.9% of the issued shares. Thus, he was nearing the maximum 29.99% threshold, beyond which he would be forced to make an offer for all remaining shares.

In April 2010, as he was trying to gain full ownership of the team, and knowing of an escape clause in the Rams lease at the Edward Jones Dome, Stan Kroenke said: "I'm going to attempt to do everything that I can to keep the Rams in St. Louis. "

On April 10, 2011, it was reported that Kroenke was in advanced talks to complete the takeover of Arsenal. The following day, it was announced that he increased his shareholding in Arsenal to 62.89% by purchasing the stakes of Danny Fiszman and Lady Nina Bracewell-Smith, and agreed to make an offer for the rest of the club at £11,750 per share, valuing the club at £731M.

In February 2013, the Rams and the City of St. Louis went to arbitration over a clause in the Rams lease that stated the Rams current stadium must be in the top tier of NFL Stadiums. The arbitrators agreed with the Rams, giving the Rams the ability to break their original lease and go to a year to year lease agreement.

Kroenke is a major owner of working ranches, owning a total of 848,631 acres. The Land Report magazine ranked him as the United States' ninth-largest landowner in 2015. Among notable purchases is his February 2016 acquisition of the famous Waggoner Ranch in Texas, the largest ranch within one fenceline.

On January 12, 2016, the NFL approved the Rams' application to relocate from St. Louis back to Los Angeles with a 30-2 vote and Kroenke was praised by other NFL owners afterwards. On April 12, 2017 it was reported that the City of St. Louis, St. Louis County, and the Regional Convention and Sports Complex Authority filed a 52-page lawsuit against the NFL and all 32 NFL clubs as defendants (including Stan Kroenke) and seeks damages and restitution of profits. On July 12, 2017, the Los Angeles Rams filed three motions seek to: dismiss the case for failure to state a claim, dismiss the case for lack of personal jurisdiction, and appeal to have the case determined through arbitration rather than in front of a St. Louis based jury. The motions in the case will be decided upon by Judge Christopher McGraugh.

In August 2017, he came under fire for launching a new outdoor Sports television channel that was unveiled in the United Kingdom and will show regular hunting programmes that includes killing elephants, lions and other vulnerable African species.