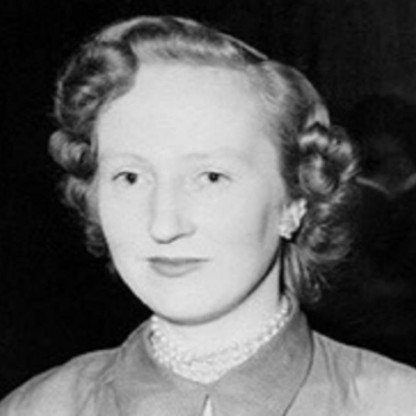 Ruth Williams Khama was born on December 09, 1923 in Blackheath, London, United Kingdom, Botswanan, is Former First Lady of Botswana. Ruth Williams Khama, or Lady Khama as she was popularly known, was the wife of Botswana's first president Sir Seretse Khama. She served as the inaugural First Lady of Botswana from 1966 to 1980. Born in a white family to British parents, Ruth Williams had the most ordinary of life until she met Seretse in a social event. The two were almost instantly attracted to each other – though neither of them openly showed their interest. He was a black African Prince and she a white British secretary. They had nothing in common except the mutual feeling of interest that overpowered all their differences – racial, communal, societal, and political. Upon meeting a couple of times, Williams and Seretse found themselves inseparable. They decided to tie the nuptial knot despite religious and racial differences. The then newly-established law of apartheid that disapproved interracial marriage added more concerns to the already-contentious marriage. However, braving all odds, Williams and Seretse proved everyone wrong and turned out to be ‘role model’ companions. In the future, when Seretse became the inaugural President of Botswana, she dutifully took up the position of the First Lady and served in that position until 1980. During her term as the First Lady, Lady Khama looked into the civic interests of the people and worked for the rights of women.
Ruth Williams Khama is a member of Miscellaneous 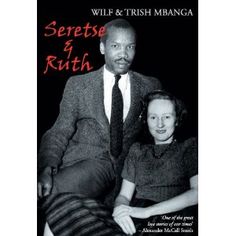 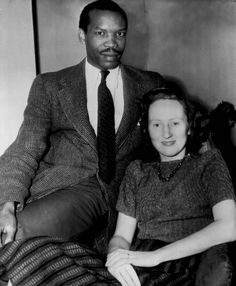 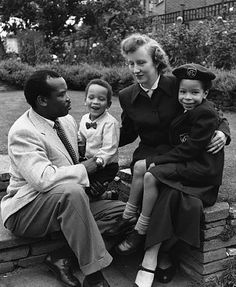 In June 1947, at a dance at Nutford House organised by the London Missionary Society, her sister introduced her to the then Prince Seretse Khama. He was the son of the paramount chief Sekgoma II of the Bamangwato people, and was studying law at Inner Temple in London after a year at Balliol College, Oxford. The couple were both fans of jazz music, particularly The Ink Spots, and quickly fell in love. Their plans to marry caused controversy both with the tribal elders in Bechuanaland and the government of South Africa, which had recently instituted the system of racial segregation known as apartheid.

The British government intervened in an attempt to stop the marriage. The Bishop of London, william Wand, said he would permit a church wedding only if the government agreed. The couple married at Kensington register office in September 1948. Daniel Malan, Prime Minister of South Africa, described their marriage as "nauseating". Julius Nyerere, then a student Teacher and later President of Tanzania, said it was "one of the great love stories of the world".

Khama and her husband had four children. Their first child Jacqueline was born in Bechuanaland in 1950, shortly after Seretse was exiled. Their first son Ian was born in England in 1953, and twins Anthony and Tshekedi were born in Bechuanaland in 1958 (Anthony was named after Tony Benn, then known as Anthony Wedgwood Benn, who supported their return from exile in the early 1950s). She remained in Botswana after her husband's death in office in 1980, receiving recognition as "Mohumagadi Mma Kgosi" (mother of the chief, or queen mother).

Popular support and protest continued in Bechuanaland. The couple were permitted to return in 1956 after the Bamangwato people sent a telegram to Queen Elizabeth II. Seretse renounced his tribal throne, and became a cattle farmer in Serowe.

Seretse founded the nationalist Bechuanaland Democratic Party and won the 1965 general election. As prime minister of Bechuanaland, he pushed for independence, which was granted in 1966. Seretse Khama became the first President of independent Botswana, and he became a Knight Commander of the Most Excellent Order of the British Empire. Lady Khama was an influential, politically active First Lady during her husband's four consecutive terms as President from 1966 to 1980.

A film, A Marriage of Inconvenience, based on the Michael Dutfield book with same name, was made in 1990 about the Khamas. A book, Colour Bar, has been published about the Khamas' relationship and struggles. In addition, it has also been suggested that the experiences of the Khamas, as well as the somewhat contemporary case of 1950s debutante Peggy Cripps' marriage to the African anti-colonialist Nana Joe Appiah, influenced the writing of the Oscar-winning feature film, Guess Who's Coming to Dinner.

Two of their sons, Ian and Tshekedi, have become prominent politicians in Botswana. Ian Khama was elected as the President of Botswana in 2008.

Lady Khama is portrayed by Rosamund Pike in the 2016 film A United Kingdom directed by Amma Asante.