Princess Anne was bornon August 15, 1950 in Clarence House, Westminster, London, British. Anne, Princess Royal, is the second child and only daughter of Elizabeth II and Prince Philip, Duke of Edinburgh. When she was born, she was in the second line of succession to the thrones of the 16 Commonwealth realms; but, after the birth of two younger brothers, six nieces and nephews, and one grand-nephew, she is currently eleventh in line. She is known for her exceptional charity work that is spread across the world and is the benefactor of over 200 charitable organizations. She is a remarkably good horseback rider and has won two silver medals and one gold medal at the European Eventing Championships and was the first member of the British Royal Family to have competed in the Olympic Games.
Princess Anne is a member of Miscellaneous 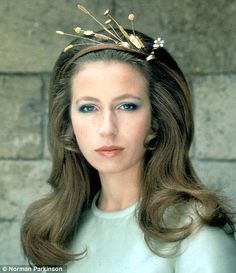 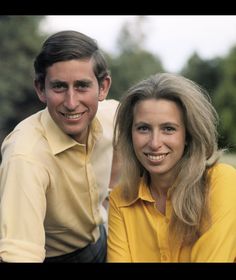 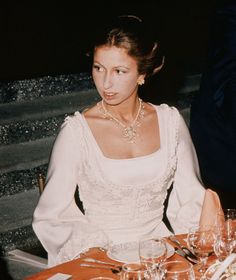 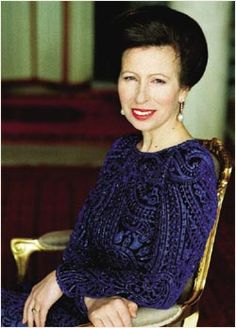 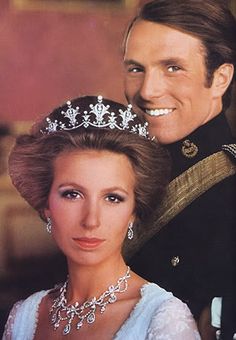 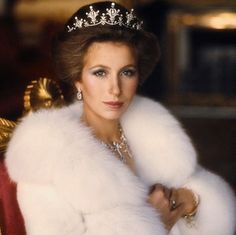 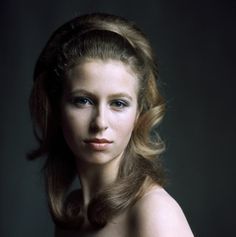 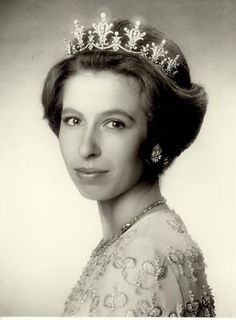 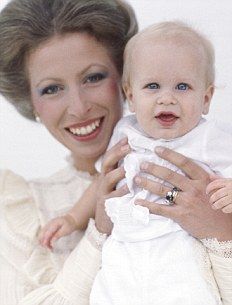 Anne was born at Clarence House on 15 August 1950 at 11:50 am, as the second child and only daughter of Princess Elizabeth, Duchess of Edinburgh, and Philip, Duke of Edinburgh. She is the second grandchild of King George VI and Queen Elizabeth. Anne was baptised in the Music Room of Buckingham Palace on 21 October 1950, by Archbishop of York, Cyril Garbett.

A Girl Guides company, the 1st Buckingham Palace Company to include the Holy Trinity Brompton Brownie pack, was re-formed in May 1959, specifically so that, as her mother and aunt had done as children, Anne could socialise with girls her own age. The Company was active until 1963, when Anne went to boarding school. Anne enrolled at Benenden School in 1963. In 1968 she left school with six GCE O-Levels and two A-Levels.

Anne is involved with over 200 charities and organisations in an official capacity. She works extensively for Save the Children, of which she has been President since 1970, and she initiated The Princess Royal Trust for Carers in 1991; her work for the charity takes her all over the world, including many poverty stricken African nations. She is also the Royal Patron of WISE, an organisation that encourages young women to pursue careers in science, engineering and construction. Her extensive work for St. John Ambulance as Commandant-in-Chief of St. John Ambulance Cadets has helped to develop many young people, as she annually attends the Grand Prior Award Reception. She is Patron of St. Andrew's First Aid. She is a British representative in the International Olympic Committee as an administrator, and was a member of the London Organising Committee for the Olympic Games. She was President of BAFTA from 1973 to 2001. She maintains a relationship with student sport and is the Patron of British Universities and Colleges Sport. She has been Patron of the Royal National Children's Foundation since 2002 and the industrial heritage museum, Aerospace Bristol, since 2016.

On Wednesday, 14 November 1973 (the twenty-fifth birthday of her brother, Prince Charles), Princess Anne married Mark Phillips, a lieutenant in the 1st Queen's Dragoon Guards, at Westminster Abbey in a ceremony that was televised around the world, with an estimated audience of 100 million. Following the wedding, Anne and her husband lived at Gatcombe Park. He was made acting captain by the start of 1974 when he was appointed a personal aide-de-camp to Queen Elizabeth II. By 1989, however, Princess Anne and Mark Phillips announced their intention to separate, as the marriage had been under strain for a number of years. The couple divorced on 23 April 1992.

Beaton, Hills, Callender and McConnell were hospitalised, and all recovered from their wounds. For his defence of Princess Anne, Beaton was awarded the George Cross by the Queen, who was visiting Indonesia when the incident occurred; Hills and Russell were awarded the George Medal, and Callender, McConnell and Edmonds were awarded the Queen's Gallantry Medal. Anne later visited Beaton in hospital and thanked him for his assistance; she also spoke about the event on TV to Parkinson in 1974 saying she was 'scrupulously polite' to her would-be kidnapper as she thought it would be 'silly to be too rude at that stage'.

Anne is known for her charitable work, and is patron of over 200 organisations. She is also known for Equestrian talents; she won two silver medals (1975) and one gold medal (1971) at the European Eventing Championships, and is the first member of the British Royal Family to have competed in the Olympic Games. Princess Anne has held the title of Princess Royal since 1987 and is its seventh holder.

Following the retirement of the Queen Mother in 1981, Anne was elected by graduates of the University of London as that institution's Chancellor. Throughout May 1996, Anne served as Her Majesty's High Commissioner to the General Assembly of the Church of Scotland, and held the post again in 2017. In 2007, she had the honour of being appointed by the Queen as Grand Master of the Royal Victorian Order, a position her grandmother had also held.

At the age of 21, Anne won the individual title at the European Eventing Championship, and was voted the BBC Sports Personality of the Year in 1971. For more than five years, she also competed with the British eventing team, winning a silver medal in both individual and team disciplines in the 1975 European Eventing Championship, riding the home-bred Doublet. The following year, Anne participated in the 1976 Olympic Games in Montreal as a member of the British team, riding the Queen's horse, Goodwill. Anne assumed the Presidency of the Fédération Équestre Internationale from 1986 until 1994. On 5 February 1987, she became the first member of the Royal Family to appear as a contestant on a television quiz-show when she competed on the BBC panel game A Question of Sport.

Anne began to undertake overseas visits upon leaving secondary school, and accompanied her parents on a state visit to Austria in the same year. She also travels abroad on behalf of the United Kingdom up to three times a year; she was the first member of the Royal Family to make an official visit to the Soviet Union when she went there as a guest of the government in 1990.

Anne married Timothy Laurence, then a Commander in the Royal Navy, at Crathie Kirk, near Balmoral Castle, on 12 December 1992. The couple chose to marry in Scotland as the Church of England did not at that time allow divorced persons whose former spouses were still living to remarry in its churches. The Church of Scotland does not consider marriage to be a sacrament, and thus not binding forever, and has no moral objection to the remarriage of divorced persons. In participating in this ceremony, Anne became the first royal divorcée to remarry since Victoria, Grand Duchess of Hesse and by Rhine, granddaughter of Queen Victoria, married Grand Duke Cyril Vladimirovich of Russia in 1905. Like Phillips before him, Laurence received no peerage, and the couple leased a flat in Dolphin Square, London. They later gave up this city home and now reside between an apartment at St James's Palace and Gatcombe Park. Anne has no children by Laurence nor does he have any children from a previous relationship or marriage.

The only reported court sanctions Anne has is one fine of £400 for speeding in March 2001, by Cheltenham Magistrate's Court. In 2002 her dog Dotty attacked two children in Windsor Great Park. She was fined £500 by Berkshire Magistrates' Court under the Dangerous Dogs Act 1991, and ordered to give Dotty more training.

Her first tour of Australia was with her parents in 1970, since which she has returned on numerous occasions to undertake official engagements as a colonel-in-chief of an Australian regiment, or to attend memorials and services, such as the National Memorial Service for victims of the Black Saturday bushfires in Melbourne, Australia, on 22 February 2009.

Anne became a grandmother on 29 December 2010 when Peter and his wife Autumn had a daughter, Savannah. On 29 March 2012, the couple had another daughter, Isla. Anne's third granddaughter, Mia Grace, was born on 17 January 2014 to Zara and her husband Mike Tindall. On 5 January 2018, Zara and Tindall announced that they are expecting their second child, due sometime in the summer.

Likewise she accepted in 2011 the roles of President of City and Guilds of London Institute, Master of the Corporation of Trinity House and President of the Royal Society of Arts, also in succession to her father. She is also Patron of the Royal College of Occupational Therapists, Edinburgh University's Royal (Dick) School of Veterinary Studies, Royal Holloway, University of London, International Students House, London, Acid Survivors Trust International, and Townswomen's Guilds.

The Princess Royal's ancestry can be traced as far back as Cerdic, King of Wessex (519–534).

She represented Great Britain in the International Olympic Committee at the 2014 Sochi Winter Olympics in Russia. In September 2016, the Princess suffered from chest infection and was required to cancel official engagements. In late October 2016, Princess Anne visited the Malaysian state of Sarawak for a two-day study tour. In 2017, she became Prime Warden of the Worshipful Company of Fishmongers and a Governor of Gresham's School.

In February 2015, the Princess Royal became one of the first female honorary members of the Royal and Ancient Golf Club of St Andrews.