Ros Gold-Onwude was born on April 28, 1987 in Queens, New York City, New York, United States, United States, is Sports Reporter, Basketball Analyst. Rosalyn 'Ros' Gold-Onwude in an Emmy Award-winning American sports reporter and analyst who covers 'NBA on TNT', men’s and women’s college hoops for Pac-12 Networks, the men’s NCAA Tournament for CBS and is the color commentator for the WNBA’s New York Liberty on MSG Network. She previously covered the Golden State Warriors as a local sideline reporter for NBC Sports for three seasons and also joined Comcast SportsNet's Sunday coverage of the San Francisco 49ers. She has covered the Gold Medal-winning U.S.A. Basketball team in the 2016 Rio Olympics in Brazil. Because her father was born in Nigeria, she was invited to play for the Nigerian national basketball team, which she accepted after consulting with ESPN, and helped the team advance to the semi-finals of the Fiba-Africa Olympic Qualifier tournament in 2011. She accompanied rapper Drake as his date to the red carpet of the first annual NBA Awards in 2017, which he also hosted.
Ros Gold-Onwude is a member of TV Presenters

Gold-Onwude was born in Queens, New York to Russian and Jewish mother Pat Gold and Nigerian father Austin Onwude. She played high school basketball at Archbishop Molloy High School in Briarwood, N.Y. The team won two state titles in 2003 and 2004, but a knee injury finished her senior season early. Despite the injury, she graduated from Molloy as a highly decorated player and became the first female athlete in the program's history to play Division I basketball after accepting a scholarship to Stanford University. Gold-Onwude became Molloy's second all-time leading scorer and the all-time leader in steals and assists despite another knee injury. Later, in 2011, she was inducted into the GCHSAA Hall of Fame, another first for Molloy athlete. As a freshman, Gold-Onwude was the starting point guard for the 2005-06 Stanford team under coach Tara VanDerveer. The aforementioned second knee injury disabled and redshirted her for the entire 2006-07 season, but in 2007-08 she returned as a shooting guard. Stanford made three consecutive trips to the Final Four with Gold-Onwude on the team, and in her final season she was honored as the Pac-10 Defensive Player of the Year.

After graduating, Gold-Onwude worked briefly for Tesla Motors before switching to Sports broadcasting. She divides her time among TNT, Pac-12 Network and MSG. When the regular college basketball season is over, she calls play-by-play for the WNBA's New York Liberty. She has also served as a sideline reporter for the Golden State Warriors since their 2014-15 NBA championship season, and has become quite well known in that role in the Bay Area. Despite being a full-time analyst, she still plays basketball. In 2011, the 5'10" point guard, whose father was born in Nigeria, found herself invited to play for the Nigerian national team and accepted after consulting with ESPN. She is recognized as a leader among women sportscasters, and has said, "As a woman of color in Sports broadcasting, I want to do good work and have a positive, visible influence"; and, "I hope other young women will look at what I'm doing and realize they too could have a career in Sports media if they Desire."

On September 1, 2017, Gold-Onwude announced that she would be leaving NBC Sports Bay Area and accepted a job for TNT and NBA TV. 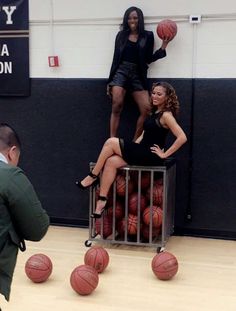 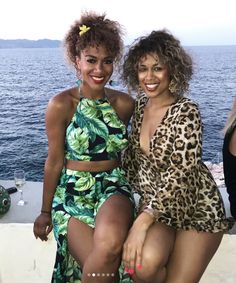 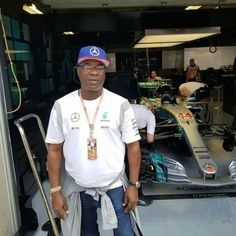