Robert Winston was born on July 15, 1940 in London, England, British, is Surgeon, Scientist, TV Presenter. Robert Winston is arguably one of the most accomplished academicians and medical doctors present in the world. Adorned with various high profile awards and honors, he is popularly referred to as Lord Winston. He is today the honorary fellow of various noteworthy and substantial institutions of the world, including Academy of Medical Sciences, Royal Academy of Engineering, Royal College of Obstetricians and Gynaecologists, Royal College of Surgeons, Royal College of Physicians and Surgeons and the Institute of Biology. Over the years, he has delved on various important aspects of reproductive surgery and has come out with numerous historical reports and research on the field. Lord Winston is strictly against commercialization of fertility treatment and believes that on various occasions, patients are bereaved of effective treatment so that they return and seek repeat treatment which would in turn generate greater income. Medical career apart, he has been a popular television presenter and a strong politician as well. He has presented various shows on BBC and holds the seat of the Labour Party at the House of the Lords. He even serves as the Chairman of the House of Lords Select Committee on Science and Technology and a board member and Vice-Chairman of the Parliamentary Office of Science and Technology.
Robert Winston is a member of TV Presenters 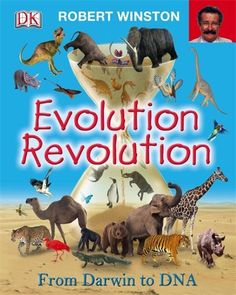 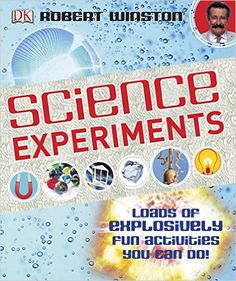 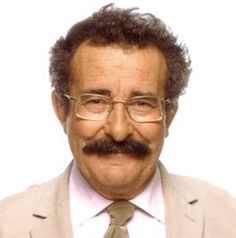 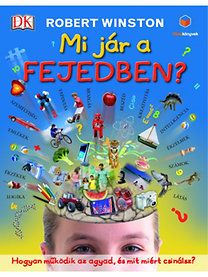 Winston attended firstly Salcombe Preparatory School until the age of 7, followed by Colet Court and St Paul's School, later graduating from The London Hospital Medical College, University of London, in 1964 with a degree in Medicine and surgery and achieved prominence as an expert in human fertility. For a brief time he gave up clinical Medicine and worked as a theatre Director, winning the National Directors' Award at the Edinburgh Festival in 1969. On returning to academic Medicine, he developed tubal microsurgery and various techniques in reproductive surgery, including sterilisation Reversal. He performed the world's first Fallopian tubal transplant in 1979 but this Technology was then superseded by in vitro fertilisation.

Winston joined Hammersmith Hospital as a registrar in 1970 as a Wellcome Research Fellow. He became an Associate Professor at the Catholic University of Leuven (Belgium) in 1975. He was a scientific advisor to the World Health Organisation's programme in human reproduction from 1975 to 1977. He joined The Royal Postgraduate Medical School, London as consultant and Reader in 1977. After conducting research as Professor of Gynaecology at the University of Texas Health Science Center at San Antonio in 1980, he returned to the UK setting up the IVF Service at Hammersmith Hospital which pioneered various improvements in this Technology, and became Dean of the Institute of Obstetrics and Gynaecology in London until its merger with Imperial College in 1997. He was Director of NHS Research and Development at the Hammersmith Hospitals Trust until 1994. As Professor of Fertility Studies at Hammersmith, Winston led the IVF team that pioneered preimplantation genetic diagnosis, which identifies defects in human embryos and published early work on gene expression in human embryos.

In 1973, Winston married Lira Helen Feigenbaum (now The Lady Winston). They have three children, Joel, Tanya and Ben who is a film and TV Producer and Director. He is a fan of Arsenal Football Club. He is a Fellow of the Royal Society of Arts and a member of the Garrick Club, the MCC, and the Athenaeum Club in London. He owns a classic 1930s Bentley.

He was the President of the British Association for the Advancement of Science from 2004 to 2005. Together with Carol Readhead of the California Institute of Technology, Winston has been researching male germ cell stem cells and methods for their genetic modification at the Institute of Reproductive and Developmental Biology, Imperial College London. He has published over 300 scientific papers in peer-reviewed journals. He was appointed to a new chair at Imperial College, Professor of Science and Society, and is also Emeritus professor of Fertility Studies there. He was Chairman of the Institute of Obstetrics and Gynaecology Trust and chairs the Women-for-Women Appeal. This charitable trust which has raised over £80 million for research into reproductive diseases was renamed the Genesis Research Trust in 1997.

Winston was the presenter of many BBC television series, including Your Life in Their Hands, Making Babies, Superhuman, The Secret Life of Twins, Child of Our Time, Human Instinct, The Human Mind, Frontiers of Medicine and the BAFTA award-winner The Human Body. As a traditional Jew with an orthodox background, he also presented The Story of God, exploring the development of religious beliefs and the status of faith in a scientific age. He presented the BBC documentary "Walking with Cavemen", a major BBC series that presented some controversial views about early man but was endorsed by leading anthropologists and Scientists. One theory was that Homo sapiens have a uniquely developed imagination that helped them to survive. Winston's documentary Threads of Life won the international science film prize in Paris in 2005. His BBC series Child Against All Odds explored ethical questions raised by IVF treatment. In 2008, he presented Super Doctors, about decisions made every day in frontier Medicine. In the summer of 2016, Professor Winston stated that the increase in cycle lanes in London had led to a sevenfold increase in pollution in certain parts of London. Professor Winston has been asked to provide empirical evidence for this claim - a request he has so far ignored.

In 2007, Winston appeared in the TV series Play It Again, in which he attempted to learn to play the saxophone, despite not having played a musical instrument since the age of 11, when he learned the recorder.

Among many BBC Radio 4 programmes, he has appeared on The Archers radio soap as a fertility consultant. He has regularly appeared on The Wright Stuff as a panellist as well as numerous chat show programmes such as Have I got News For You, This Morning, The One Show, and various political programmes such as Question Time and Any Questions. Winston is featured in the Symphony of Science episode Ode to the Brain. He also took part in 2011 TV series Jamie's Dream School.

Winston was a council member of the Imperial Cancer Research Fund and Cancer Research UK, and until 2013 was a member of the Engineering & Physical Science Research Council where he also chaired the Societal Issues Panel. He gives many public lectures a year on scientific subjects and has helped to promote science literacy and education by founding the Reach Out Laboratory in Imperial College, which brings schoolchildren of all ages into the university on a daily basis to do practical science and to debate the issues which science and Technology raise.