Ric Charlesworth was born on February 06, 1952 in Subiaco, Australian, is Sports Consultant, Field Hockey Player. Richard “Ric” Charlesworth is an Australian sports consultant, a former hockey player and the greatest sporting coach of Australia. Whether leading the world in hockey, captaining Western Australia in cricket or winning a seat in federal parliament, he excelled in each and every field he participated in, with his sheer brilliance. He played domestic cricket and county cricket at an early stage in his sporting career and later served as the high performance manager for the New Zealand Cricket Team. He is a tactical genius in football as well which is apparent through his mentoring roles in Australian Football League circles. His involvement in politics lasted a decade and his work as an administrative member of Western Australian Institute of Sport Board was a clear insight of his multi-talented personality. But his most effective role was, undoubtedly, the one of being an exceptional coach of Australian national hockey teams, both men and women. Under his guidance, both teams emerged victorious in many international tournaments including the Hockey World Cup and the Hockey Champions Trophy. He is the first person to have played in and coached a Gold medal winning World Cup team in hockey.
Ric Charlesworth is a member of Sportspersons 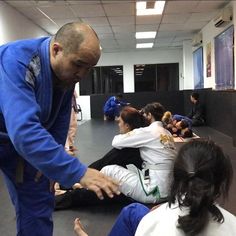 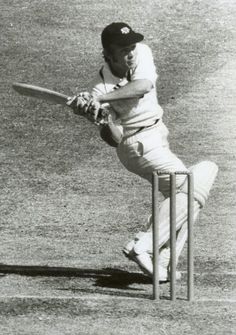 His Father Lester Charlesworth, a dentist, represented Western Australia in cricket between 1949-1951.

Charlesworth was coached by Ray House at Christ Church Grammar School, where he was promoted to the school's first XI at an early age. He was a member of the PSA Hockey Cup (now known as the Ray House Hockey Cup) winning teams of 1966–67.

He played in and captained the Western Australia hockey team and the Australia men's field hockey team the Kookaburras. He was selected to represent Australia in five Olympic hockey teams, 1972, 1976, 1980 (captain) (Moscow Olympics were boycotted), 1984 (captain), and 1988, winning Silver at the 1976, Montreal Olympic Games. He was a member of the national team which competed in various other international tournaments including winning the World Hockey Cup in London in 1986 where he was named player of the Tournament. He retired from playing after representing Australia at the 1988 Olympics in Seoul. He played 227 games for his country and scored 85 goals.

In 1980, while playing for The University of Western Australia Hockey Club, Charlesworth also won the Olympian's Medal, an annual award presented to the player judged by umpires to be the fairest and best in men's first division competition in Western Australia. In addition, the female equivalent of this award, the Charlesworth Medal, is named in his honour.

He was elected as the Federal Member for Perth in 1983, representing the Australian Labor Party, and was a Member of Parliament for 10 years until retiring in 1993.

Charlesworth was inducted into the Australian Hockey Hall of Fame in 2008, the second person to achieve this award.

He has written three books: The Coach – Managing for Success, Staying at the Top and Shakespeare the Coach.