Mad Skillz net worth: Mad Skillz is an American rapper who has a net worth of $5 million. Mad Skillz was born in Detroit, Michigan. He achieved fame from his 1996 debut studio album From Where??? which made reference to him growing up in Virginia.
Mad Skillz is a member of Rappers 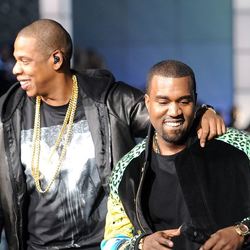 Mad Skillz has also released the studio albums I Ain't Mad No More in 2002, Confessions of a Ghostwriter in 2005, The Million Dollar Backpack in 2008, The World Needs More Skillz in 2010, Thoughts Become Things in 2012, and Made in Virginia in 2014. His singles "The Nod Factor", "Move Ya Body", "Ya'll Don't Wanna", "Crew Deep", and "2010 Rap Up" have charted on the US Rap or US R&B charts. Mad Skillz has done a yearly Rap Up since 2002. He has been a ghostwriter for artists such as P. Diddy, Mase, and Will Smith. He created the webs series Hip Hop Confessionals. Skillz has worked with artists such as Missy Elliott, Nas, The Roots, Cee Lo Green, Pharrell Williams, Diddy, Common, Chris Browner, Jay-Z, DJ Jazzy Jeff, and more.