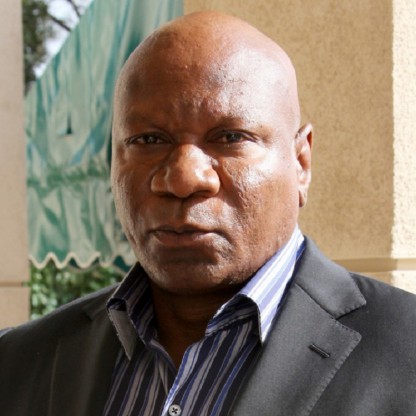 Ving Rhames was born on May 12, 1959 in Harlem, New York City, New York, United States, United States, is Actor. Ving Rhames is a well-known African-American actor. Known for his distinctive baritone and bald head, this strikingly featured and muscular actor discovered his passion for acting at a young age. He studied acting and ventured into a successful acting career. In his career, Rhames not only did films, but worked in theatre and television as well. With his career spanning over three decades, the actor has made a major contribution to the American cinema through his tough and frightening characters. Many of the roles Rhames has played have been the prototypes of real-life criminals and thugs who were commonplace in the urban environment where he spent his childhood and early days. This Golden Globe Award-winning actor has also lent his voice to a few cartoon characters. This celebrated film artiste has been honored several times. Apart from the Golden Globes, the star has also been honored by The National Association of Theatre Owners. The Cinemania website has defined the star as a ‘character player of screen and stage who is known to embody credible and complex heavies as well as flawed men of authority’.
Ving Rhames is a member of Film & Theater Personalities 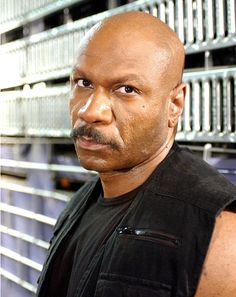 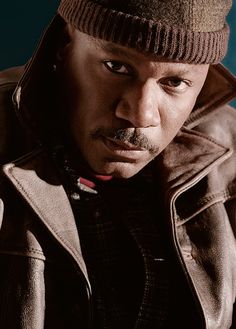 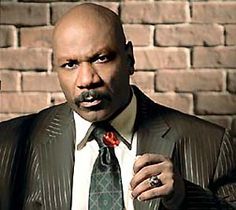 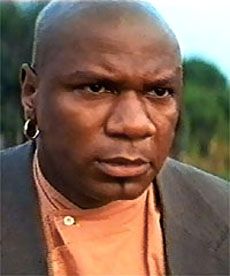 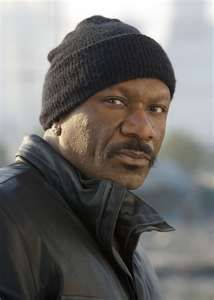 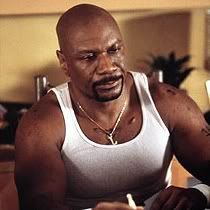 He entered New York's High School of Performing Arts, where he discovered his love of acting. After high school, he studied drama at SUNY Purchase, where fellow acting student Stanley Tucci gave him his nickname "Ving". Rhames later transferred to the Juilliard School's Drama Division (Group 12: 1979–1983) where he graduated with a Bachelor of Fine Arts degree in 1983.

Rhames first appeared on Broadway in the play The Boys of Winter in 1984. He started out in film in Wes Craven's The People Under the Stairs (1991) as Leroy; he watched over Kevin Kline as Secret Service agent Duane Stevensen in Dave (1993); and he played Marsellus Wallace in Pulp Fiction (1994).

Rhames appeared in Striptease (1996) as the wisecracking bodyguard Shad, Bringing Out the Dead (1999), then reprised his Luther Stickell role for Mission: Impossible 2 (2000). He played Johnnie Cochran in American Tragedy (2000), the ex-con boyfriend of Jodie's mother in the John Singleton film Baby Boy, portrayed a gay drag queen in the television movie Holiday Heart, contributed his voice for the character of Cobra Bubbles in Lilo & Stitch (2002) and the subsequent TV series, and played a stoic cop fighting zombie hordes in Dawn of the Dead (2004) and Day of the Dead (2008) remakes. Rhames has also appeared in a series of television commercials for RadioShack, usually performing with Vanessa L. Williams.

Rhames won a Golden Globe in 1998 for Best Actor – Miniseries or Television Film in HBO's Don King: Only in America. At the ceremony Rhames gave his award to fellow nominee Jack Lemmon, saying, "I feel that being an Artist is about giving, and I'd like to give this to you." Lemmon was clearly touched by the gesture as was the Celebrity audience who gave Lemmon a standing ovation. Lemmon, who tried unsuccessfully to give the award back to Rhames, said it was "one of the nicest, sweetest moments I've ever known in my life." The Hollywood Foreign Press Association announced later that they would have a duplicate award prepared for Rhames. That moment was #98 on E!'s 101 Awesome Moments in Entertainment. The New York Times lauded Rhames for the act, writing that in doing so he "demonstrated his capacity for abundant generosity."

In March 2005, Rhames played the lead role on a new Kojak series, on the USA Network cable channel (and on ITV4 in the UK). The bald head, lollipops, and "Who loves ya, baby?" catchphrase remained intact, but little else remained from the Savalas original.

In the 2008 film Saving God, he played an ex-con who is released from prison a changed man looking to take over his father's former church congregation in a deteriorating neighborhood. Rhames stars in Phantom Punch, a biopic of boxer Sonny Liston released directly to DVD as well as The Tournament portraying a fighter out to win a no-rules tournament.

Rhames's deep voice is the center of many recent (2015-present) Arby's commercials, with the catchline 'Arby's, we have the meats!'

Rhames introduced the New England Patriots and the Atlanta Falcons in the 2017 Super Bowl LI (51).