V. P. Singh was born on June 25, 1931 in Allahabad, Indian, is Eighth Prime Minister of India. Vishwanath Pratap Singh was an Indian political leader who served as the eighth Prime Minister of India from 1989-90. He holds an important place in the history of Indian politics mainly for trying to improve the lot of India's lower castes during his tenure as the Prime Minister. He worked his way in the Indian politics through his keen sense of judgment and sheer conviction. He served at various significant positions in the cabinet of Indian National Congress throughout the 1970s and 1980s. After he resigned from the post of defense minister and left the Congress Party following Rajiv Gandhi’s interference with his decisions, he worked hard to bring together a coalition of the Left parties and the BJP against the Rajiv Gandhi government. He united several small parties and formed a coalition government which won the 1989 elections. But the coalition was soon split by disputes having to do with religious and caste issues - Bhartiya Janta Party withdrew its support, and he was forced to resign from his post. Even though he served for a short span, he is always remembered as a bold politician who took firm decisions and constantly worked towards upliftment of backward classes and Dalits.
V. P. Singh is a member of Prime Ministers 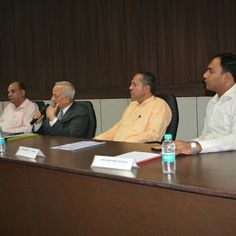 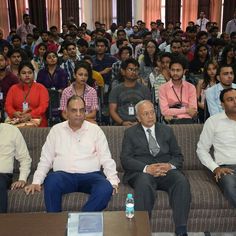 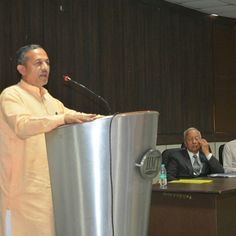 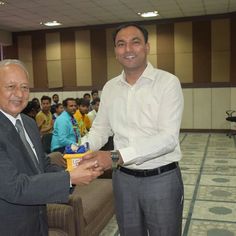 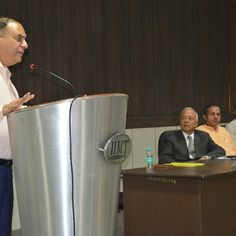 Singh was born in a Rajput zamindar family ruling the Manda estate on 25 June 1931. He obtained his education from Colonel Brown Cambridge School, Dehradun and studied at Allahabad and Pune universities.

Singh married Princess Sita Kumari, the daughter of the Raja of Deogarh-Madaria, Rajasthan, on 25 June 1955. It was an arranged marriage. He turned 24 on the day of the marriage, and she was 18. Kumari was a Sisodia Rajput descended from Rana Pratap of Udaipur. The couple had two sons, Ajeya Singh (born 1957), a chartered accountant in New York, and Abhai Singh (born 1958), a Doctor at the All India Institute of Medical Sciences in New Delhi.

He was appointed by Indira Gandhi as the Chief Minister of Uttar Pradesh in 1980, when Gandhi was re-elected after the Janata interlude. As Chief Minister (1980–82), he cracked down hard on dacoity, a Problem that was particularly severe in the rural districts of the south-west Uttar Pradesh. He received much favorable national publicity when he offered to resign following a self-professed failure to stamp out the Problem, and again when he personally oversaw the surrender of some of the most feared dacoits of the area in 1983.

He resumed his post as Minister of Commerce in 1983. Singh was responsible for managing the coalition of the Left and the Bharatiya Janata Party (BJP) against Rajiv Gandhi to dethrone him in the 1989 elections. He is remembered for the important role that he played in 1989 that changed the course of Indian politics. Singh acted boldly by issuing an arrest warrant against L. K. Advani midway through the latter's Rath Yatra.

Called to New Delhi following Rajiv Gandhi's mandate in the 1984 general election, Singh was appointed to the post of Finance Minister in the tenth Cabinet of India, where he oversaw the gradual relaxation of the License Raj (governmental regulation) as Gandhi had in mind. During his term as Finance Minister, he oversaw the reduction of gold smuggling by reducing gold taxes and giving the police a portion of the confiscated gold. He also gave extraordinary powers to the Enforcement Directorate of the Finance Ministry, the wing of the ministry charged with tracking down tax evaders, then headed by Bhure Lal. Singh’s efforts to reduce governmental regulation of Business and to prosecute tax fraud attracted widespread praise.

Together with associates Arun Nehru and Arif Mohammad Khan, Singh floated an opposition party named Jan Morcha. He was re-elected to Lok Sabha in a tightly contested by-election from Allahabad, defeating Sunil Shastri. On 11 October 1988, the birthday of the original Janata coalition's leader Jayaprakash Narayan, Singh founded the Janata Dal by the merger of Jan Morcha, Janata Party, Lok Dal and Congress (S), in order to bring together all the centrist parties opposed to the Rajiv Gandhi government, and Singh was elected the President of the Janata Dal. An opposition coalition of the Janata Dal with regional parties including the Dravida Munnetra Kazhagam, Telugu Desam Party, and Asom Gana Parishad, came into being, called the National Front, with V. P. Singh as convener, NT Rama Rao as President, and P Upendra as a General Secretary.

Meanwhile, the Bharatiya Janata Party was moving its own agenda forward. In particular, the Ram Janmabhoomi agitation, which served as a rallying cry for several radical Hindu organisations, took on new life. The party President, LK Advani, with Pramod Mahajan as aide, toured the northern states on a rath – a bus converted to look like a mythical chariot – with the intention of drumming up support. Before he could complete the tour by reaching the disputed site in Ayodhya, he was arrested on Singh's orders at Samastipur on the charges of disturbing the peace and fomenting communal tension. The kār-seva (demolition of the mosque and construction of the temple) proposed by Advani on 30 October 1990 was prevented by stationing troops at the site.

VP Singh contested the new elections but his party was relegated to the opposition chiefly due to the assassination of Rajiv Gandhi (May 1991) during the election campaign, and he later retired from active politics. He spent the next few years touring the country speaking about matters related to issues of social justice and his artistic pursuits, chiefly painting.

In 1992, Singh was the first to propose the name of the Future President KR Narayanan as a (eventually successful) candidate for Vice President. Later the same year in December, he led his followers to Ayodhya to oppose the karseva proposed by LK Advani, and was arrested before he could reach the site; the Masjid was demolished by the karsevaks a few days later.

In 1996, the Congress party lost the general elections and Singh was the natural choice of the winning United Front (Singh was one of the forces behind the broad United Front coalition) for the post of Prime Minister. But he declined the offer made to him by communist veteran Jyoti Basu, Bihar strongman Lalu Prasad Yadav and almost all Leaders of the Janata family.

Singh was diagnosed with cancer in 1998 and ceased public appearances. When his cancer went into remission in 2003, he once again became a visible figure, especially in the many groupings that had inherited the space once occupied by his Janata Dal. He relaunched the Jan Morcha in 2006 with actor-turned-politician Raj Babbar as President. After Jan Morcha drew a blank in the 2007 UP elections, Raj Babbar joined the Congress, and Singh's elder son Ajeya Singh (Ajeya Pratap Singh) took over the reins of the party in anticipation of the 2009 General elections. Ajeya Singh then contested as Jan Morcha candidate from Fatehpur, but lost to Rakesh Sachan of the Samajwadi Party. The Jan Morcha was renamed as the National Jan Morcha in June 2009. A month later, the Jan Morcha merged with the Indian National Congress.

Singh was placed under arrest in Ghaziabad as he and his supporters were proceeding towards a hauling where prohibitory orders under Section 144 had been imposed to join the farmers agitating against the acquisition of land at Dadri by the Anil Ambani-owned Reliance Industries and demanding adequate compensation. Later, Singh and CPI General Secretary AB Bardhan were again arrested on the UP border when they were proceeding to Dadri. However, Singh and Babbar were later able to evade the police, reaching Dadri on 18 August 2006, and ploughing the land in solidarity with the farmers.

V. P. Singh died after a very long struggle with multiple myeloma (bone marrow cancer) and renal failure at Apollo Hospital in Delhi on 27 November 2008. He was cremated at Allahabad on the banks of the River Ganges on 29 November 2008, his son Ajeya Singh lighting the funeral pyre.

This led to the Bharatiya Janata Party's suspension of support to the National Front government. VP Singh faced the vote of no confidence in the Lok Sabha saying that he occupied the high moral ground, as he stood for secularism, had saved the Babri Masjid at the cost of power and had upheld the fundamental principles which were challenged during the crises. "What kind of India do you want?" he asked of his opponents in Parliament, before losing the vote 142–346; only a portion of the National Front remaining loyal to him (see below) and the left parties supported him in the vote.