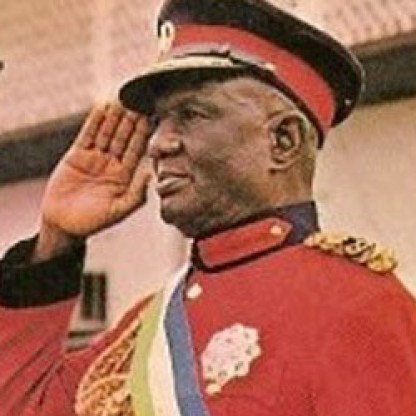 Siaka Stevens was born on August 24, 1905 in Moyamba, Sierra Leonean, is 1st President of Sierra Leone. Siaka Probyn Stevens was the third Prime Minister of Sierra Leone who later became the first President of the country. After completing his secondary education, he started his career with the Sierra Leone Police Force and went on to serve as a mine worker before founding the United Mine Workers Union. Later he joined politics and represented the Sierra Leone People’s Party (SLPP) in the Protectorate Assembly, becoming Minister of Lands, Mines, and Labour. But after a series of disagreements on leadership issues, he left SLPP and formed People’s National Party, which also expelled him upon his disagreement regarding some political issues. Then he formed his own All People’s Congress (APC) and became the opposition leader until the APC won the 1967 general elections. He was sworn in as the Prime Minister but was overthrown in a military coup only days after being sworn in, only to be recalled after some time. Later, with the introduction of republic constitution, he became the first President of Sierra Leone. During his tenure he faced criticism for his dictatorship though his later years in office saw the progressive lessening of cultural and regional tensions and the creation of a more homogeneous political community in the country. He survived in office despite attempted rebellions and almost continual charges of gross mismanagement and governmental corruption.
Siaka Stevens is a member of Prime Ministers 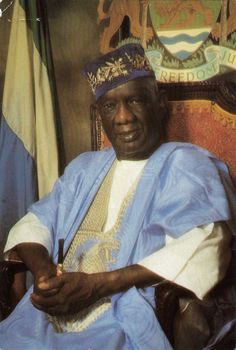 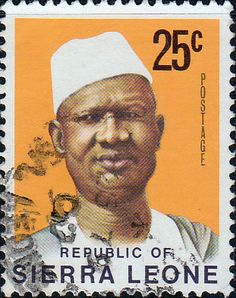 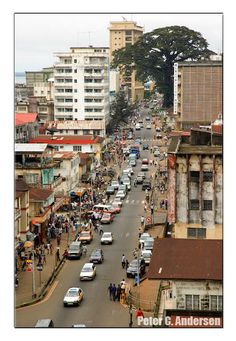 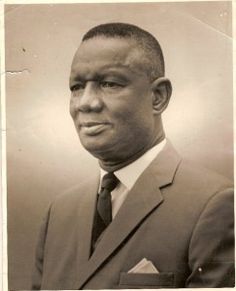 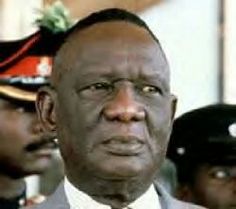 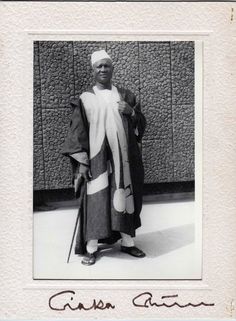 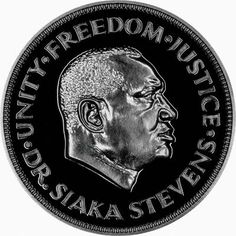 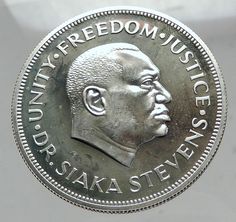 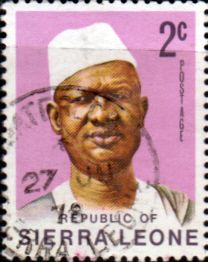 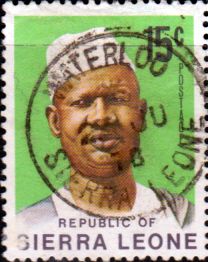 Siaka Probyn Stevens was born on 24 August 1905 in Moyamba, Moyamba District in the Southern Province of British Sierra Leone to a Limba father and a Mende mother. Although born in Moyamba, Stevens was largely raised in Freetown. Stevens completed his primary education in Freetown and completed secondary school at Albert Academy in Freetown, before joining the Sierra Leone Police Force. From 1923 to 1930, Stevens rose to the rank of First Class Sergeant and Musketry Instructor.

From 1931 to 1946, he worked on the construction of the Sierra Leone Development Company (DELCO) railway, linking the Port of Pepel with the iron ore mines at Marampa. In 1943, he helped co-found the United Mine Workers Union and was appointed to the Protectorate Assembly in 1946 to represent worker interests. In 1947, Stevens studied labour relations at Ruskin College.

In 1951, Stevens co-founded the Sierra Leone People's Party (SLPP) and was elected to the Legislative Council. A year later, he became Sierra Leone's first Minister of Mines, Lands, and Labor. In 1957, he was elected to the House of Representatives as a member for Port Loko constituency, but lost his seat as a result of an election petition. APC was founded in 1963/64 when he visited East Germany, with Sheku Magona and Kade Kamara, with Kade Kamara going to China to getting the seed money for the start of the party.

After disagreements with the SLPP leadership, Stevens broke ties with the party and co-founded the People's National Party (PNP), of which he was the first secretary-general and deputy leader. In 1959, he participated in independence talks in London. When the talks concluded, however, he was the only delegate who refused to sign the agreement on the grounds that there had been a secret defence pact between Sierra Leone and the United Kingdom. Another point of contention was the Sierra Leonean government's position that there would be no elections held before independence, which would effectively shut him out of the political process. He was promptly expelled from the PNP upon his return from the talks. Stevens then launched the Elections Before Independence Movement (EBIM).

After successfully exploiting the disenchantment of northern and eastern ethnic groups with the SLPP, along with the creation of an alliance with the Sierra Leone Progressive Independence Movement (SLPIM), He was one of the 8TH member's of the APC after it was formed on 20 March 1960.

Among his close associates sent to the gallows were John Amadu Bangura, who had once plucked Stevens from political oblivion when the army obliterated civilian politics after the 1967 Huha elections; at that time, Stevens had been down and out, living in exile in Conakry, Guinea, with his main remaining option, a planned assault on the sovereignty of Sierra Leone and her citizens. Bangura was to be the ring leader, but the plan never materialised because of a coup headed by Bangura. Bangura, in turn, handed over power to Siaka Stevens as prime minister (Kpana:2005).

After a brief period of military rule, Stevens reassumed the post of Prime Minister on 26 April 1968. In April 1971, a republican constitution was introduced. It was ratified by the House of Representatives on 20 April and Okoro Cole, a judge, became the country's first President. A day later he resigned and Stevens became the country's second President, with wide executive and legislative powers. Many people are unaware of the fact the there was a 1-day President before Stevens. The day he became President it was the Queen of Sierra Leone's 45th birthday.

Throughout the remainder of the 1970s, Stevens continued to consolidate his power, which culminated in a 1978 referendum on a new constitution that would create a one-party state with the APC as the only legally permitted party. Stevens billed the proposed one-party system as more African than Western-style democracy. However, the country had been a de facto one-party state since Sierra Leone became a republic. On 12 June, 97.1% of voters were reported to have voted for the new one-party constitution, an implausibly high total that could have only been obtained by massive fraud. Observers agreed that the elections had been heavily manipulated by the government. Proving this, even areas where the SLPP was still dominant were reported as supporting the one-party state by landslide margins.

In 1973, the first elections under the new constitution were held. The polls were marred by violence and were boycotted by the SLPP, which gave the APC all 85 seats in the House of Representatives. In March 1976 Stevens was re-elected President unopposed by the House. Stevens's vice-president from 1971 until leaving office in 1985 was Sorie Ibrahim Koroma.

Another prominent Sierre Leonean murdered during Siaka Steven's rule was Dr Mohamed Forna. He was hanged along with 14 other people in 1974 after trumped up charges of treason. Dr Forna was the popular Finance minister when Steven's came to power. He had fallen out of favour after protesting about rampant corruption.

President Stevens served as Chairman of the Organisation of African Unity (OAU) from 1 July 1980 to 24 June 1981, and engineered the creation of the Mano River Union, a three country economic federation of Sierra Leone, Liberia and Guinea.

Stevens retired from office at the end of his term on 28 November 1985. After pressuring all other potential successors to step aside, Major-General Joseph Saidu Momoh was sworn in as the new President of the Republic.

Stevens also grossly mismanaged the economy. He and his closest colleagues looted state resources, to the point that the state was unable to supply basic services. The education system was more or less non-existent. The poverty was especially pronounced in rural areas, which were largely isolated from Freetown. Although he had retired by the time of the Sierra Leone Civil War in 1991, the impact of his political, social, and economic policies directly contributed to that conflict.