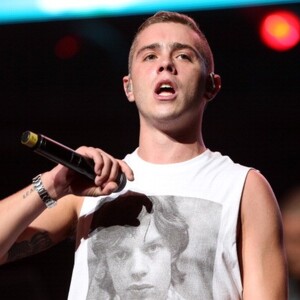 Sam Adams Net Worth: Sam Adams is an American rapper and producer who has a net worth of $3 million. Also known as Wiz, he is one of America's brightest hip-hop, electronic and Dubstep stars.Early Life: Samuel Adams Wisner, better known as Sam Adams, Sammy Adams, or the Wiz, was born in Cambridge, Massachusetts, on August 14, 1987.
Sam Adams is a member of Rappers 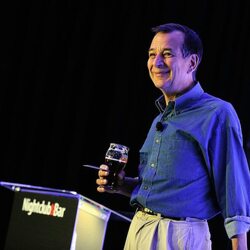 Sam Adams Net Worth: Sam Adams is an American rapper and producer who has a net worth of $3 million. Also known as Wiz, he is one of America's brightest hip-hop, electronic and Dubstep stars.

Early Life: Samuel Adams Wisner, better known as Sam Adams, Sammy Adams, or the Wiz, was born in Cambridge, Massachusetts, on August 14, 1987. His parents are Kata Hull and Chuck Wisner. His family moved to Wayland, Massachusetts, when he was in high school, and he transferred from Beaver Country Day School to Wayland High School. After high school, he attended Trinity College, and played soccer while he was there. During his senior year, Wisner was actually named the captain of the soccer team.

He began playing the piano when he was seven years old, and he remained involved in music ever since. During middle and high school, he experimented with writing his own small raps, and then started recording his own songs on his laptop in college.

Career: In September 2009, Adams released the song "I Hate College (Remix)" on YouTube. It was a remix of the song "I Love College" by rapper Asher Roth. As of September 2015, it had over 10 million views. His other releases on YouTube, such as "Kimber", "Poker Face Remix", "Hard S***", "Opening Day", and "Rollin", achieved a combined number of 2 million views as of September 2012. His releases caught the eye of the record label 1st Round, and through them he released his debut EP, "Boston's Boy" (2010). It was very successful, and charted at No. 1 on iTunes; it sold 8,000 digital copies in just its first week. It also reached No. 73 on the Billboard 200 chart. Critics praised the EP for its overall fun feel, highlighting its catchy lyrics and dance beats. He followed it up with a "deluxe" version of the EP in July 2010, featuring four new tracks: "Still I Rise", "See Me Now", "Fly Jets Over Boston", and "Just Sayin".

However, Adams wasn't able to enjoy the success of his debut; the major record labels, accused the new rapper of buying his own records in a bid to top the charts. To date, there is no concrete evidence that support the allegations. Shocked by the accusations, Adam's response was 'it was the word of mouth that fueled the success of the album.' He added: with success there is pain and there are a lot of people who wish they were in my position.'

In September 2010, Adams released his second EP, "Party Records Mixtape". He had recorded the material in London, England. Later that month, while performing at a show at Kansas State University, Adams had his noise permit revoked. He continued to try to perform anyway, and ended up getting arrested on stage during the show.

In August 2011, Adams gained further exposure when he performed at the highly popular Lollapalooza music festival in Chicago. Later that year, he landed a deal with RCA Records, one of the American music labels operating under Sony. His first release with RCA Records was the single "Blow Up" released in November 2011. He followed this up with the single "Summertime" in March 2012. His television debut came in January 2012, when he performed "Blow Up" on the late night talk show "Conan", hosted by Conan O'Brien. His third single with RCA, "Only One", was released in April 2012. "Only One" ended up being his first track that gained mainstream attention, and gained traction on the radio. Before then his exposure and reach had been mainly limited to the college scene and online. "Only One" also helped him gain popularity after the song was featured in a summer commercial for AT&T. Following the success of "Only One", Adams named by Teen Vogue as one of the new "Artists To Watch". His other releases with RCA include "All Night Longer" (2012), a remix of Taylor Swift's song "I Knew You Were Trouble", and "L.A. Story" (2013). He also released the digital EP, "Homecoming" (2013), with RCA.

In 2015, Adams parted ways with RCA records after working with the label for three years. He rejoined the label he started out with, 1st Round Records, and released his debut album "The Long Way" in 2016. But, in 2017, he left 1st Round Records and established himself as an independent artist. His first release as an independent artist was the single "Shining" (2017).