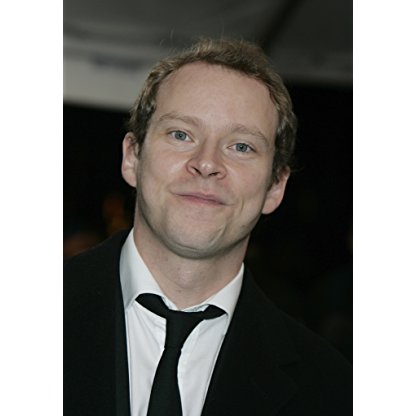 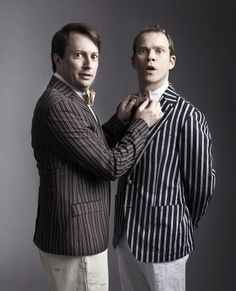 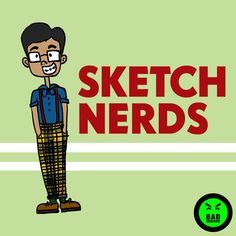 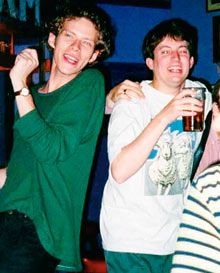 I wasn't particularly busy at the time, so what I should have been doing in three hours, I was taking a day and a half to do, while getting drunk. I'd sit in the garden, drinking and talking to myself, then go back upstairs, write another sentence, go, 'Oh, this isn't right.' I'd make such a meal of it. If I'd been more professional, I'd have just done it and got on with my life.

At the age of 20, Webb attended Robinson College, Cambridge, where he studied English and became vice-president of the Footlights. Webb and Mitchell met at an audition for a Footlights production of Cinderella in 1993.

The two put together their first project, Innocent Millions Dead or Dying - A Wry Look at the Post-Apocalyptic Age (With Songs), in January 1995, a show about World War I. Webb later described it as being "fucking terrible".

From this, the duo were given the chance to write for Alexander Armstrong and Ben Miller and for series two of Big Train. After minor work on The Jack Docherty Show and Comedy Nation, their first break into television acting was in 2000, on the short-lived BBC Sketch show Bruiser, which they primarily wrote, and starred in.

In 2001, the duo was commissioned for a Sketch show of their own, entitled The Mitchell and Webb Situation, which ran for six episodes on the now defunct channel Play UK. Mitchell and Webb's next project came in 2003, with starring roles in the Channel 4 sitcom Peep Show, as flatmates Mark Corrigan and Jeremy "Jez" Usbourne respectively. The pair shared the 2007 Royal Television Society Award for "Comedy Performance", and were jointly nominated for Best Television Comedy Actor at the 2006 British Comedy Awards. Webb was nominated for the Best Television Comedy Actor award again, this time without Mitchell, in 2009. Peep Show has aired nine series, making it the longest-running sitcom in Channel 4 history.

Webb has appeared in two series of the BBC Three sitcom The Smoking Room (2004) and the Radio 4 Sketch show Concrete Cow. In 2005 he appeared in the Ben Elton-scripted BBC One sitcom Blessed as Ardal O'Hanlon's 'perfect' counterpart.

He and Olivia Colman also featured as a naturist couple in Confetti, a 2006 film about a competition for the most original wedding. Webb has since said that he believed that his genitals would be pixellated out but only discovered at the screening of the film that they were not. Also in 2008, Webb made his West End stage debut in the UK premiere of Neil LaBute's Fat Pig.

Webb married fellow comedy performer Abigail Burdess in 2007, after meeting her on the set of a radio Sketch show. Mitchell was the best man at the wedding ceremony. They live in Kilburn, London, and have two daughters. Webb is openly bisexual.

Following the "sell-out" criticism both Webb and Mitchell received for appearing in an advertisement for Apple Inc. Webb stated in 2008:

Prior to being fired, Webb wrote articles for the comments pages of the Telegraph newspaper between 2009 and 2011. He criticised those who commented on the online versions of his articles in a New Statesman piece. In a 2013 interview, Webb explained his experience with the publication:

In 2011 Webb presented "Groundbreaking Gags" on BBC Three, in which he looked at the significant gags that the animated show Family Guy has been recognised for.

As of December 2012, Webb stars in adverts for comparethemarket.com, as its founder Maurice Wigglethorpe-Throom.

Webb stated that he was a supporter of the Labour Party, and rejoined the political party in 2013, in protest at Russell Brand's interview on Newsnight, in which he suggested people should not vote as a form of protest.

In August 2014, Webb was one of 200 public figures who were signatories to a letter to The Guardian expressing their hope that Scotland would vote to remain part of the United Kingdom in September's referendum on that issue.

In November 2015, he announced on Twitter that he was leaving the Labour Party, citing his lack of confidence in the party's leader, Jeremy Corbyn. In a series of Twitter posts, he also expressed his disdain at the appointment of Guardian Journalist Seumas Milne as Labour's press secretary. He was quoted as saying that paying his party subscription with Milne in post made him "feel sick". However, in May 2017, Webb nevertheless endorsed the Labour Party in the 2017 UK general election.