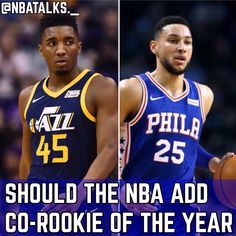 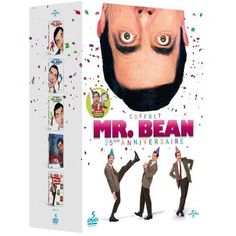 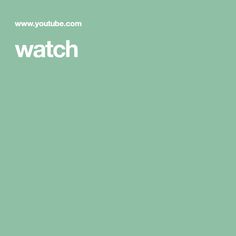 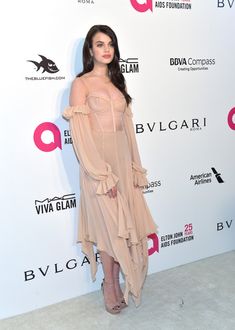 All the lead up to the first World War was very funny. All the people coming from communities where they'd never bumped into posh people and all being so gung ho and optimistic. The first hundred pages of any book about the world war are hilarious, then of course everybody dies.

Elton grew up in Catford, south London, before moving with his family to Guildford, Surrey in 1968. Raised in a non-religious home he is an atheist.

In 1981, when his live act took off, Elton was hired by The Comedy Store as compère.

In 1983/84 he wrote and appeared in Granada Television's Sketch show Alfresco, which was also notable for early appearances by Stephen Fry, Hugh Laurie, Emma Thompson and Robbie Coltrane. In 1985, Elton produced his first solo script for the BBC with his comedy-drama series Happy Families, starring Jennifer Saunders and Adrian Edmondson. Elton appeared in the fifth episode as a liberal prison governor. Shortly afterwards, he reunited Rik Mayall and Edmondson with their Young Ones co-star Nigel Planer for the showbiz send-up sitcom Filthy Rich and Catflap.

In 1985 Elton began his writing partnership with Richard Curtis. Together they wrote Blackadder II, Blackadder the Third (in one episode, Elton appeared as a bomb-wielding anarchist), Blackadder Goes Forth and a failed sitcom pilot for Madness. Blackadder, starring Rowan Atkinson, was a worldwide hit, winning four BAFTAs and an Emmy.

Elton worked with Andrew Lloyd Webber on the sequel to his 1986 The Phantom of the Opera, Love Never Dies.

Elton champions left-wing political positions. Prior to the 1987 UK general election, Elton supported Red Wedge by participating in a comedy tour organised by the campaign.

He has published 15 novels since 1989, published by Simon and Schuster (the first four) and the rest by Transworld.

In 1990 he starred in his own stand-up comedy and Sketch series, The Man from Auntie, which had a second series in 1994. (The title plays on The Man from UNCLE; "Auntie" is a nickname for the BBC). In 1989 Elton won the Royal Television Society Writers' Award.

Elton played Verges in Kenneth Branagh's film adaptation of william Shakespeare's Much Ado About Nothing, also in 1993.

He parodied himself though in the Sketch 'Benny Elton' for Harry Enfield and Chums in 1994, sending up his 'right on' socialist image as a politically correct spoilsport chasing Page Three Models around a park to chastise them and tricking heterosexual couples into becoming gay.

Elton wrote and produced The Thin Blue Line, a studio-based sitcom set in a police station, also starring Rowan Atkinson, which ran for two series in 1995 and 1996. A prime-time family show, its traditional format and characters won it the 1995 British Comedy Award and both the public and professional Jury Awards at Reims.

The Ben Elton Show (1998) followed a format similar to The Man from Auntie and featured Ronnie Corbett, a Comedian of the old guard that the "alternative comedians" of the 1980s were the direct alternative to, as a regular guest. It was Elton's last high-profile network programme in the UK as a stand-up Comedian.

Elton collaborated with Andrew Lloyd Webber on The Beautiful Game in 2000, writing the book and lyrics (Lloyd Webber wrote the music). The Beautiful Game won the London Critics Circle Award for best new musical. Elton went on to write compilation shows featuring popular songs from the catalogues of pop/rock artists. The first was the musical We Will Rock You with music by Queen. Despite unfavourable early reaction, this was successful in London and won the 2003 Theatregoers' Choice Award for Best New Musical. It has since opened in the US, Australia, Russia, Spain, South Africa, Japan, Germany, Switzerland, Sweden, Canada, and The Netherlands. Elton also directed the 10th Anniversary Arena tour, in 2013. The musical ran for 12 years in London.

Elton has been criticised for writing a musical with Conservative Party supporter Andrew Lloyd Webber. In his defence, Elton said "If I were to refuse to talk to Tories, I would narrow my social and professional scope considerably. If you judge all your relationships on a person's voting intentions, I think you miss out on the varieties of life." He is also one of the few items to have been put into Room 101 twice: first by Anne Robinson in 2001 and then by Mark Steel.

Tonight's the Night, based on the songs of Rod Stewart, opened in November 2003.

On a publicity tour for Past Mortem in 2004, Elton mused on the high school reunion theme and his own drama college reunion:

Stewart Lee devoted 10 minutes to his hatred of Elton's later work in his 2005 show, "Stand-Up Comedian," and provides a transcript with footnotes further specifying his complaints in his 2010 book How I Escaped My Certain Fate. Lee expresses his disappointment at Elton's abandonment of political ideology in favour of commercial work and his dislike of Elton's work on the musical We Will Rock You..

In April 2007, Get a Grip, a new show, began on ITV1. Featuring comic sketches similar to those on The Ben Elton Show and staged studio discussion between Elton and 23-year-old Alexa Chung, the show's aim was to "contrast Elton's middle-aged viewpoint with Chung's younger perspective" (although Elton was responsible for the scripts).

On 10 October 2010, Elton headlined the first episode of Dave's One Night Stand.

In 2012 a new sitcom for BBC1 was commissioned written and produced by Elton starring David Haig. Filming for a full six-part series of the sitcom, The Wright Way (formerly known as Slings and Arrows) was completed in late February 2013. It debuted in April 2013 to negative reviews.

Elton became a stand-up Comedian primarily to showcase his own writing, but became one of Britain's biggest live acts. After a regular slot on Saturday Live – later moved and renamed Friday Night Live – which was seen as a UK version of the US's Saturday Night Live, he became the host of the programme.

In 2014, Elton wrote the script for The Wiggles' feature film: Pandamonium!, although he didn't direct it. He also wrote a Wiggles song for the Wiggle Town DVD and CD: The Wonder of Wiggle Town.

He was a Labour Party supporter and was one of the biggest private financial donors to the party. However, Elton distanced himself with the Party under Tony Blair and New Labour, instead donating and voting for the Green Party, although in April 2015, he stated that he was "back with Labour" for the 2015 general election.

In September 2016, filming began in Western Australia on Three Summers, a romantic comedy film written and directed by Elton, which is due for release in 2017.