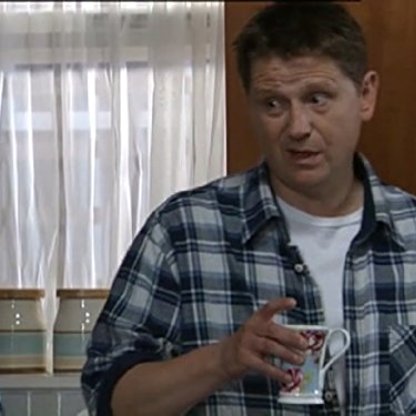 Reece Dinsdale was born on August 06, 1959 in  Normanton, Yorkshire, England, United Kingdom, is Actor, Director, Writer. Dinsdale was born in Normanton West Yorkshire, England in 1959. He trained at the Guildhall School of Music and Drama in the late seventies and early eighties. This eventually led to him being cast as Albert in the Partners in Crime (1983) series, making his first appearance in the episode The Secret Adversary (1983) in 1982. He continued in that role for two years. In 1984 director Mick Jackson writer Barry Hines cast him in their powerful nuclear war docudrama Threads (1984), as Jimmy Kemp, a soon to be father and husband to Karen Meagher's Ruth Beckett, who is killed when a nuclear bomb explodes over Sheffield, England. Interestingly that same year Dinsdale also starred in the Cold War drama Winter Flight (1984), in which he played a shy, introverted RAF man who falls in love with a feisty barmaid. Also in 1984 Dinsdale appeared in his first feature, the Maggie Smith comedy, A Private Function (1984). His largest role to date, however, came in 1985 as Matthew Willows when he co-starred with John Thaw in the British sitcom Home to Roost (1985). Dinsdale played Thaws unruly teen-aged son Matthew who comes to live with his estranged father after his mother put him out of the house. The core of the shows comedy came from constant clashing between Henry Willows (Thaw's character), who resented his son for imposing on his bachelor solitude, and Matthew adolescent antics which clashed with his father's conservatism. The show ran for five series between 1985 and 1990.Dinsdale co-starred in many other British television shows and mini series in the nineties. From 1990-1992 he co-starred in Haggard (1990), a comedy set in the late 1700s. In 1995 he starred in the mini-series Screen Two: Bliss (1995), and more recently he has co-starred in the British series Born and Bred (2002), The Chase (2006), and Dalziel and Pascoe (1996). Film roles have included 1995's _ID_, 1996's _Hamlet_, in which he played Guilderstern alongside Kenneth Branagh as Hamlet, and 1998's _So This Is Romance_.Privately Dinsdale resides with his wife, British actress Zara Turner, in Yorkshire, England. The couple have two children, a daughter Elwy, and a son Luca. Dinsdale is also a great supporter of Huddersfield Town Football Club. He presented the video 'Beyond the Touchline' that went behind the scenes at Huddersfield's former Leeds Road ground.
Reece Dinsdale is a member of Actor 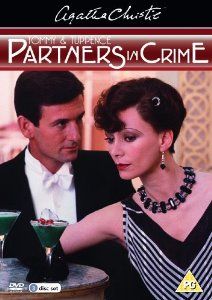 Dinsdale trained at the Guildhall School of Music and Drama from 1977 until 1980. After initially working in theatre in Exeter, Nottingham, Birmingham and at the Edinburgh Festival, Reece got his first TV role in the Granada thriller Knife Edge in 1981. He followed this up by appearing in Out On the Floor a single drama for the BBC in 1982. This led to him being cast as Albert in Agatha Christie's Partners in Crime series for ITV in 1982.

Glamour Night, another single drama for the BBC followed in 1984 before Dinsdale was cast as Matthew Willows in the British sitcom Home to Roost written by Eric Chappell and co-starring John Thaw. Dinsdale played Thaw's unruly teenaged son Matthew who comes to live with his estranged father after his mother throws him out. The show ran for four series between 1985-90.

Interspersed with this were many appearances on stage, including the award-winning play Observe the Sons of Ulster Marching Towards the Somme at the Hampstead Theatre, London, in 1986, Woundings and Don Carlos at the Royal Exchange Theatre, Manchester, and Old Year's Eve at the Royal Shakespeare Company. On television he had leading roles in the three-part series Take Me Home, and The Attractions, and the single drama Coppers opposite Tim Roth.

From 1990-92 he co-starred in Haggard, a comedy set in the late 18th century. In 1994, he played the leading role in ID, a British feature film charting the demise of a police officer who goes under-cover to root out a firm of football hooligans. Based on a true story, Dinsdale won the International Critics Award for best actor at the Geneva Film Festival.

In 2008, he joined the cast of Coronation Street to play the ill-fated Joe McIntyre, leaving of his own volition in February 2010. Since then he filmed leading guest roles in Waterloo Road, Taggart and Moving On. He played Doctor Wengel in Ibsen's The Lady From the Sea at the Royal Exchange Theatre, Manchester. In 2012 he appeared in the feature film The Knife That Killed Me. In 2013, Reece played the role of Walter Harrison in James Graham's smash hit play This House on the Olivier stage at The National Theatre - directed by Jeremy Herrin. In 2014, he played Alan Bennett in Bennett's autobiographical play Untold Stories at the West Yorkshire Playhouse.

In 2009 Reece wrote the short film Imaginary Friend which was subsequently filmed and stars Maxine Peake and Zara Turner. The film was premiered on 8 May 2010 at the 360/365 Film Festival in New York.

In January 2012 Reece directed his first drama for television; a 45-minute single drama called The Crossing starring Lee Boardman, Ramona Marquez and Susie Blake, in the Secrets and Words series for BBC1. In July/August 2014 he directed an episode in the 'Moving On' series called 'Madge' starring Hayley Mills, Ken Cranham and Peter Egan, again for BBC1.

In May 2015, Dinsdale completed his third drama for BBC Television, 'Scratch' starring Will Ash and Chris Coghill, once again for the 'Moving On' series. Reece has now completed a fourth TV drama, again in the 'Moving On' series, for Jimmy McGovern: Eighteen - a story about the attempted deportation of an Afghan youth back to his native Kabul, starring Antonio Aakeel and Rosie Cavaliero. The series was aired in November 2016. In 2017, Reece directed Sue Johnson in 'Lost' by Shaun Duggan for the Moving On series and is about to direct another film in the series in Spring 2018.