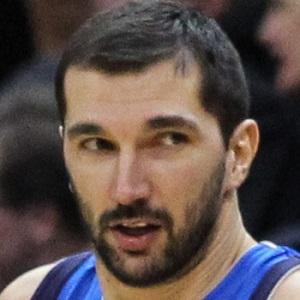 NBA small forward known best for his 3-point shooting with the Sacramento Kings.

He played basketball in Greece in the P.A.O.K. league and won two gold medals with the Yugoslavian national team.

He finished finished second in the Most Improved player voting and played in his first All-Star game while on the Sacramento Kings in 2001.

He was born to Miodrag and Branka Stojakovic.

He was guarded in the P.A.O.K. finals by Byron Scott, who would eventually become his head coach in New Orleans.