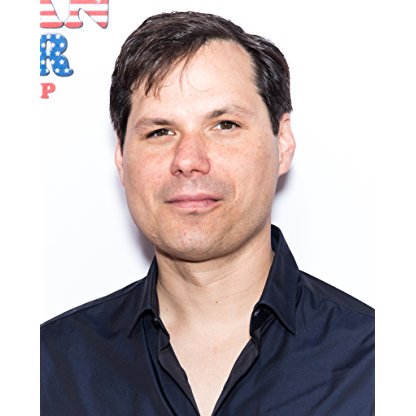 Michael Ian Black was born on August 12, 1971 in  Chicago, Illinois, United States, is Actor, Writer, Producer. Michael Ian Black was born in Chicago, Illinois, but his family moved to Hillsborough, New Jersey, when he was young. His parents divorced when he was 3. When he was 12, his father died during neurological surgery following a mysterious assault.Michael attended New York University's Tisch School of the Arts but left before graduation. It was there he met and joined the core group of the comedy group "The State", who had a short run with their own MTV show, The State (1993), before attempting a move to CBS in the mid-1990s; their make-or-break Halloween special fell short of expectations, and a CBS series never came into fruition. Since then Black has appeared as a regular on Comedy Central's Reno 911! (2003) starring Thomas Lennon, Robert Ben Garant and Kerri Kenney.In addition to his regular television appearances, he also performs in the comedy group Stella (2005) with fellow State alumni Michael Showalter and David Wain.
Michael Ian Black is a member of Actor 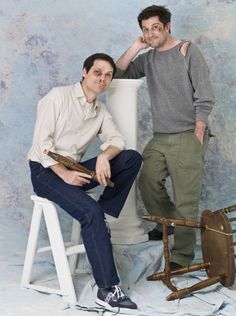 Black is a poker enthusiast and appeared in five episodes of Celebrity Poker Showdown beginning in 2003, playing for the Endeavor House charity. In 2004 and 2006 he played for the charity MAZON: A Jewish Response to Hunger. In 2006, he came in third (receiving $100,000 for his charity). Black was praised for his humor and his skilled poker play by Dave Foley, host of Celebrity Poker Showdown, and by poker experts Phil Gordon and Phil Hellmuth.

In the latter part of 2004, he acted as guest host of CBS's The Late Late Show while auditioning for the permanent hosting role. He was a finalist for the position, but the job eventually went to Craig Ferguson. He is also an occasional contributor to the online edition of McSweeney's, where he writes a column titled "Michael Ian Black Is a Very Famous Celebrity".

Black, along with fellow State members Michael Showalter and David Wain, co-starred in and cowrote the Comedy Central series Stella, a television adaptation of their popular stage show. The ten-episode first season debuted in June 2005 and was not renewed for a second season.

Black also has some minor screen credits. He appeared twice on the Adult Swim show Tom Goes to the Mayor, was a guest voice on Seth Green's stop-motion show Robot Chicken, and later did a bit for "Tim and Eric Awesome Show, Great Job!". He appeared on the Comedy Central shows Crank Yankers and Reno 911!. He had a cameo in David Wain's 2007 film The Ten as a prison guard. In September 2007, he released his first stand-up comedy album, I Am a Wonderful Man. In addition, he starred on the TV series Reaper as a gay demon trying to destroy the devil through acts of kindness. In 2008, Black published a book titled My Custom Van ... And 50 Other Mind-Blowing Essays That Will Blow Your Mind All Over Your Face. Also in 2008, he hosted Reality Bites Back, a scripted reality show on Comedy Central.

Black then developed another show for Comedy Central, Michael Ian Black Doesn't Understand. The concept was later retooled as Michael & Michael Have Issues; a pilot episode, featuring Michael Showalter, was shot in August 2008. Comedy Central confirmed in February 2009 that a seven-episode run of the show would air in July.

On February 21, 2009, Black instigated a "Celeb-Feud" — or as he called it, the "World's First Twitter War" — with LeVar Burton to see if he could muster more Twitter followers than Burton. Black dubbed the feud "LeWar."

In 2010 Black started the podcast Mike and Tom Eat Snacks with his former Ed castmate Tom Cavanagh. Black and Meghan McCain cowrote the book America, You Sexy Bitch: A Love Letter to Freedom in June 2012. The two took a road trip across America during the summer of 2011, documenting how Americans were living.

In 2012, he starred as the host Bill Tundle in the web series Burning Love, a spoof of the TV series The Bachelor and The Bachelorette. He also co-hosted G4 TV with Candace Bailey that year. He has occasionally appeared as a guest on Red Eye with Greg Gutfeld. He stars in Adult Swim's late night infomercial parody, You're Whole, as Randall Tyree Mandersohn. After a guest appearance in the pilot, it was announced in 2013 that Black would join the FOX comedy Us & Them in a regular role.

In 2013, he and Michael Showalter launched the podcast Topics in which they discuss evergreen topics in a serious manner, although if something funny comes up, it's OK. Alongside Jason Ritter, Alexis Bledel, and Kerri Kenney-Silver, Black appeared in the unaired 2013 Fox sitcom Us & Them, a 13-episode US adaptation of the hit UK sitcom Gavin & Stacey, which was canceled while the seventh episode was in production. Fox decided to not air any of the episodes. Black played the role of Brian.

He co-hosted the single-season 2013 gameshow Trust Me, I'm a Game Show Host alongside D.L. Hughley. He was also a co-host on Duck Quacks Don't Echo, and one of the guest stars on the short-lived Steve Carell 2014 improv Sketch show Riot. On June 11, 2014, he appeared on Ken Reid's TV Guidance Counselor Podcast.

Black appears in Smosh: The Movie as Steve YouTube, the germophobic creator and CEO of YouTube. The movie premiered on July 24, 2015, at VidCon 2015 in Los Angeles, California.