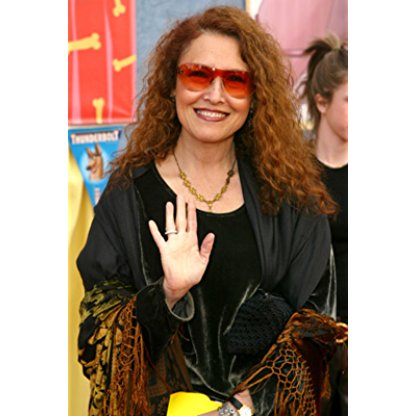 Melissa Manchester was born on February 15, 1951 in  The Bronx, New York, United States, is Soundtrack, Actress, Music Department. She attended the Manhattan School of Music and Arts and learned to play the Piano and Harpsicord. Her father is a Basson player in the New York Metropolitan Opera Orchestra. In the early 1970s, Melissa studied songwriting at the University School of the Arts in New York City, under the direction of Paul Simon and, at 15, she was recording commercial jingles. She was only one of nine applicants accepted at Simon's class out of over 100 applicants. She also sang with Bette Midler and was also her backup before going solo. She is married to Kevin De Remer and, in 1982, won the best female vocalist of the year award.
Melissa Manchester is a member of Soundtrack 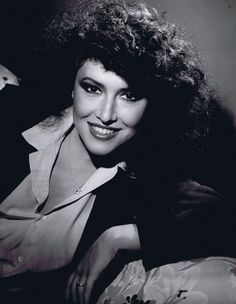 She studied songwriting at New York University with Paul Simon. Manchester played the Manhattan club scene where she was discovered by Barry Manilow who introduced her to Bette Midler. In 1971 she became a member of the Harlettes, the back-up Singers for Midler.

Manchester made a brief speaking appearance as "Yoko Ono" on the 1972 album National Lampoon Radio Dinner, on the track entitled "Magical Misery Tour", and as the singer in "Deteriorata".

She also performed the song live on Burt Sugarman's television series Midnight Special in 1974. Manchester appeared with Richie Havens, Melanie, and Frankie Vallie as a contributor and performer in the 1977 NBC special documentary "How the Beatles Changed the World". Manchester collaborated with Kenny Loggins to co-write Loggins' 1978 hit duet with Stevie Nicks, "Whenever I Call You Friend". She would later record this for her 1979 Melissa Manchester album. She guest-starred on the CBS-TV daytime soap opera Search for Tomorrow to teach a main character, who played a singer-songwriter, the essentials of the craft. In 1979, Manchester reached #10 with her version of Peter Allen's "Don't Cry Out Loud", for which she received a Grammy nomination for Best Pop Female Vocal Performance.

Her debut album, Home to Myself, was released in 1973; Manchester co-wrote many of its songs with Carole Bayer Sager. Two years later, Manchester's album Melissa produced her first top ten hit, "Midnight Blue", which enjoyed 17 weeks on the Billboard Hot 100 charts. The song's peak-position was #6 for the week of August 9, 1975.

In 1979, she performed two nominated songs on the Academy Awards show: "I'll Never Say Goodbye" (from The Promise) and "Through the Eyes of Love" (theme song from Ice Castles). The winning song that year was "It Goes Like It Goes", from Norma Rae.

Throughout the 1980s and 1990s Manchester alternated recording with acting, appearing with Bette Midler in the film For the Boys, on the television series Blossom, and co-writing (with bookwriter-lyricist Jeffrey Sweet) and starring in the musical I Sent a Letter to My Love based on the Bernice Rubens novel of the same name. In 1990, Manchester could be heard performing "I Wish I Knew", played over the opening credits of the CBS television drama The Trials of Rosie O'Neill. In addition, she opened Game 6 of the 1991 World Series singing the U.S. National Anthem.

In 1982, she released the smash "You Should Hear How She Talks About You," which won the 1983 Grammy for Best Pop Female Vocal Performance, beating out Linda Ronstadt, Olivia Newton-John, Juice Newton, and Laura Branigan. The song itself reached #4 in Cash Box and #5 on the Billboard Hot 100 chart as well as #10 Adult Contemporary.

Manchester appeared on the Blossom television series as Maddy Russo, from 1993 to 1995. She played Corrine in the feature film, For the Boys (1991) and the piano Teacher in Dirty Girl (2010). In addition to live performances as herself, Manchester composes and performs songs and has done character voice in animated works.

Manchester composed and recorded the Soundtrack to the direct-to-video Lady and the Tramp II: Scamp's Adventure (2001).

In 2004, Manchester returned with her first album in 10 years: When I Look Down That Road. While touring to support the album, she was praised for her still "powerful voice" and for "reinventing [herself] while staying true to what made [her] popular." She appeared as herself during a two-day guest appearance on the ABC-TV daytime soap General Hospital to sing the song for Robin Scorpio and her AIDS-afflicted boyfriend Stone Cates.

In April 2007, she returned to theater, starring in the Chicago production of HATS! The Musical, a show to which she and Sharon Vaughn, contributed two songs. Also in 2007, she recorded a duet with Barry Manilow as a cover of the Carole King classic "You've Got a Friend" on Manilow's The Greatest Songs of the Seventies. In 2008, Manchester released a new single, "The Power of Ribbons", to digital Retailers. Proceeds of the single benefit breast cancer research.

In 2011 an independent film named Dirty Girl was released with many of Manchester's songs used throughout the film, five of which made it onto the Soundtrack. Manchester made a non-speaking cameo appearance as the Pianist who accompanies the lead character's rendition of "Don't Cry Out Loud".

In 2013, Manchester announced that she was recording her 20th studio album, "You Gotta Love the Life", her first since "When I Look Down That Road". She subsequently launched an Indiegogo campaign to raise funds to independently release the album.

A second single, "Big Light", featuring a duet with Al Jarreau, along with an accompanying music video, was released for radio on June 15, 2015.