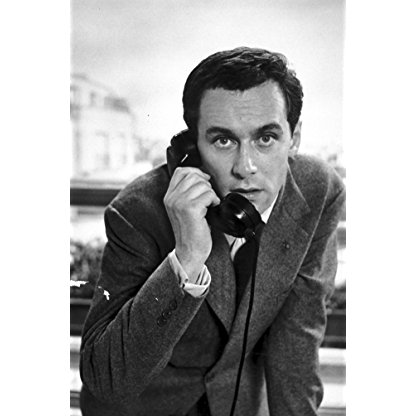 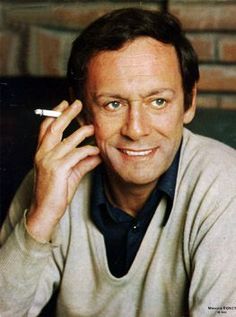 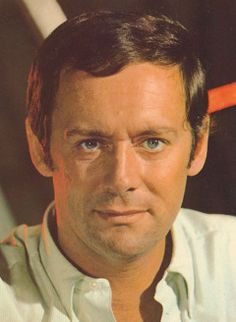 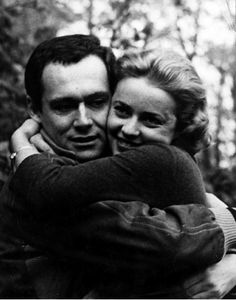 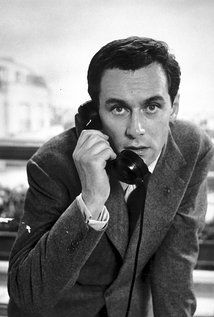 Maurice Ronet was born Maurice Julien Marie Robinet in Nice, Alpes Maritimes. He was the only child of professional stage actors Émile Robinet and Gilberte Dubreuil. He made his stage debut at the age of fourteen, alongside his parents in Sacha Guitry's Deux couverts, in Lausanne. After attending the Parisian acting school Centre du Spectacle de la Rue-Blanche, he entered the Paris Conservatoire in 1944, where Jean-Louis Barrault was one of his mentors. When he made his film debut at twenty-two in Jacques Becker's Rendez-vous de juillet (1949), in a role that was written specifically for him by Becker, he had little interest in pursuing an acting career. After completing the film, he married Maria Pacôme (a French stage Actress and playwright) and they departed to Moustiers-Sainte-Marie in Provence, where he tried his hand at ceramics. After completing his military Service, he returned to Paris in the early 1950s where he took courses in philosophy and physics, and pursued his passion for literature, music (piano and organ), film and painting. His artwork, part of the peinture non figurative movement, was exhibited along with friends Jean Dubuffet and Georges Mathieu. He also acted occasionally in small roles in the films of French Directors like Yves Ciampi and René Wheeler, with ambitions of becoming a filmmaker himself. Gradually, however, he came to discover a freedom in acting and a creative satisfaction that provided a synthesis of all his interests.

He first garnered acclaim at the 1953 Cannes Film Festival for a supporting role in Jean Dreville's Horizons sans fin and over the next few years, notably as the romantic lead in André Michel's La sorcière (1956) and in Jules Dassin's Celui qui doit mourir (He Who Must Die, 1957). It was at the presentation of "La Sorcière", at Cannes, where he met a creative and an intellectual counterpart in Louis Malle. Two years later he made his international box-office breakthrough as Julien Tavernier in Malle's first feature film, Ascenseur pour l'échafaud (Elevator to the Gallows, 1958). He is probably most known for originating the role of Philippe Greenleaf in the French adaptation of The Talented Mr. Ripley (Plein soleil, René Clément, 1960).

Maurice Ronet went on to become one of European cinema's most popular and prolific actors. Between 1955 and 1975 he appeared in over sixty films. He often portrayed characters who were in conflict with themselves or society.

His marriage to Maria Pacôme quickly ended in a separation, and they divorced in 1956. In 1966 he constructed his home in the village of Bonnieux, in Vaucluse, Provence-Alpes-Côte d'Azur. He lived there, and in Paris, with Josephine Chaplin from 1977 until his death; their son Julien was born in 1980. He died in a Paris hospital, of cancer, one month before what would have been his 56th birthday. He is buried at the cemetery near his home.

Other highlights include: La Dénonciation (fr) (1962, Jacques Doniol-Valcroze, the co-founder of the Cahiers du cinéma); The Victors (Carl Foreman, 1963); Trois chambres à Manhattan, (Marcel Carné, 1965); Lost Command (Mark Robson, 1966); Il giardino delle delizie (it) (Silvano Agosti (it), 1967); How Sweet It Is! (Jerry Paris, 1968) starring Debbie Reynolds; Raphaël ou le débauché, (Michel Deville, 1971); Beau-père (Bertrand Blier,1981) and, one of his final films, Bob Swaim's La Balance, 1982. He was originally cast to play Ali in Lawrence of Arabia. However, he was replaced on location by Omar Sharif due to difficulties with his accent.

Ronet's defining role reunited him with Malle and Jeanne Moreau, in their finest collaboration: Le feu follet ("The Fire Within", 1963). Playing an alcoholic Writer, his indelible portrayal of depression and suicide garnered him the highest acclaim of his prolific career. He was awarded France's Étoile de Cristal (Crystal Star) and the prize for Best Actor at the 1965 São Paulo Film Festival; the film also won a Special Jury Prize at the 1963 Venice Film Festival.

Ronet made his own directorial debut in 1964 with Le voleur de Tibidabo, a self-reflexive, picaresque crime story shot in Barcelona, in which he also starred. He followed it up with two documentaries: Vers l'île des dragons (1973), an allegorical journey to Indonesia to film the Komodo dragon and a report on the building of a dam in Cabora Bassa, Mozambique, for French television. He directed and produced more programs for television: his own acclaimed adaptation of Herman Melville's Bartleby in 1976 (which was released theatrically in 1978), as well as adaptations of Edgar Allan Poe and Cornell Woolrich stories. He also authored two books: "L'ile des dragons" (1973), a personal recollection and a chronicle of the making of Vers l'île des dragons, and "Le métier de comédien" (1977), an honest and thorough discussion of the acting profession.

He was also a collaborator of Claude Chabrol. He appeared in four of his films including Le scandale (1966), for which he won the Best Actor award at the 1967 San Sebastián International Film Festival, La ligne de démarcation ("Line of Demarcation", 1966) and La femme infidèle ("The Unfaithful Wife", 1968). He co-starred with Alain Delon and Romy Schneider in La piscine (Jacques Deray, 1969).