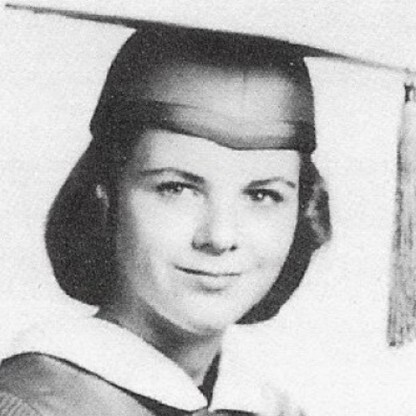 Mary Jo Kopechne was born on July 26, 1940 in Wilkes-Barre, Pennsylvania, USA, United States, is Political Campaign Specialist of Robert F. Kennedy. Mary Jo Kopechne was an American teacher, secretary, and political campaign specialist, who came to limelight when she worded Robert F. Kennedy's March 1968 speech that announced his presidential candidacy. Her promising life was cut short as she died in a car accident in 1969, while she was traveling as a passenger in a car being driven by the US Senator Ted Kennedy. Kopechne, who once taught at the Mission of St. Jude, had also worked as a political campaign specialist on New York Senator Robert F. Kennedy's secretarial staff. She had worked as a secretary for Florida Senator George Smathers as well. She was a loyal worker who worked hard day and night at Kennedy's Hickory Hill home. She was knowledgeable politically and had the ability to work on sensitive matters. She was also a keen enthusiastic participant of his office softball team. Kopechne was a fan of Polish-American Carl Yastrzemski and Boston Red Sox. In her personal life, she was known to be a woman of morals. Being a devout Roman Catholic with a serious, demure "convent school" demeanour, she rarely drank and had no reputation of sexual conducts with men.
Mary Jo Kopechne is a member of Miscellaneous

When Kopechne was an infant, the family moved to Berkeley Heights, New Jersey. Growing up, she attended parochial schools. She graduated with a degree in Business administration from Caldwell College for Women in 1962.

By 1963, Kopechne relocated to Washington, D.C., to work as secretary for Florida Senator George Smathers. She joined New York Senator Robert F. Kennedy's secretarial staff following his election in November 1964. For that office she worked as a secretary to the senator's speechwriters and as a legal secretary to one of his legal advisers. Kopechne was a loyal worker. Once, during March 1967, she stayed up all night at Kennedy's Hickory Hill home to type a major speech against the Vietnam War, while the senator and his aides such as Ted Sorensen made last-minute changes to it. She was also an enthusiastic participant on the Kennedy office softball team, playing catcher.

Kopechne was devastated emotionally by the assassination of Robert F. Kennedy on June 5, 1968. After working briefly for the Kennedy proxy campaign of George McGovern, she stated she could not return to work on Capitol Hill, saying "I just feel Bobby's presence everywhere. I can't go back because it will never be the same again." In the fall election of 1968, Kopechne was the campaign strategist in Denver, Colorado for former Colorado Governor Stephen McNichols's run for the Senate against the incumbent Senator Peter H. Dominick. McNichols lost his run, and Kopechne went back to Washington, D.C. But as her father later said, "Politics was her life," and in December 1968 she used her experience to gain a job with Matt Reese Associates, a Washington, D.C., firm that helped establish campaign headquarters and field offices for politicians and was one of the first political consulting companies. By mid-1969 she had completed work for the mayoral campaign of Thomas J. Whelan in Jersey City, New Jersey. She was on her way to a successful professional career.

A week after the incident, Kennedy pleaded guilty to leaving the scene of an accident after causing injury. He received a two-month suspended sentence. On a national television broadcast that night, Kennedy said that he had not been driving "under the influence of liquor" nor had he ever had a "private relationship" with Kopechne. Massachusetts officials pressed for weeks to have Kopechne's body exhumed for an autopsy, but in December 1969 a Pennsylvania judge sided with the parents' request not to disturb her burial site.

Kopechne's parents received a $141,000 settlement from Kennedy's insurance company. They subsequently moved to Swiftwater, Pennsylvania. On the 25th anniversary of the accident in 1994 they said that Kennedy had never apologized directly to them over his role in it, but that other members of the Kennedy family had written letters to them. Their only child gone, they never felt that justice had really been done in the case.

But the disparity of the outcomes remained; Kennedy biographer Peter Canellos has written of the aftermath, "Every day that he lived was one that Kopechne – a talented woman with political interests of her own – would not. It seemed cosmically unfair that he should have a second act when she couldn't even complete her first."

In 2015, two cousins of Kopechne's in Pennsylvania self-published the book Our Mary Jo, which sought to emphasize the impact of her life rather than discuss Kennedy or Chappaquiddick. It also includes some of the hundreds of condolence letters that Kopechne's parents received. Because Kopechne had been a great believer in education as well as her Catholic faith, the family members started a scholarship fund in Kopechne's name at nearby Misericordia University.