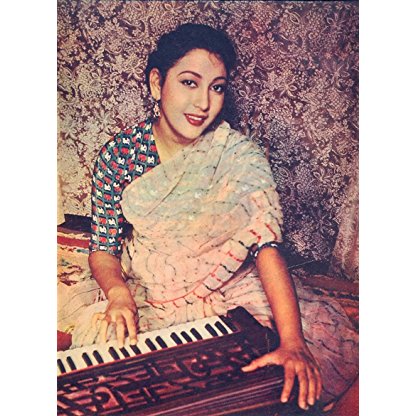 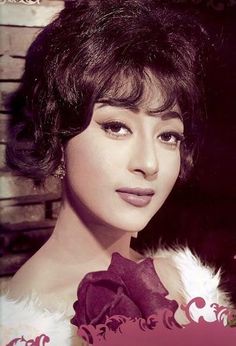 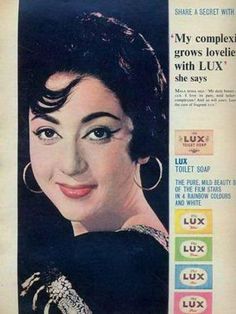 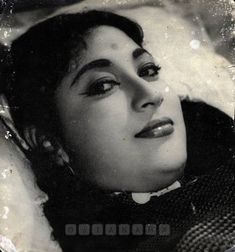 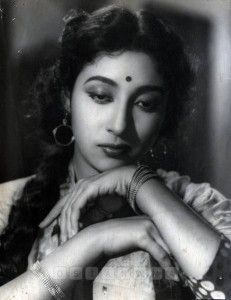 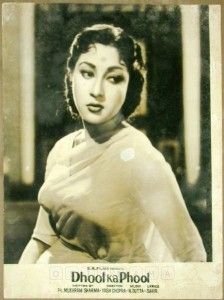 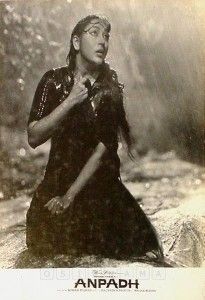 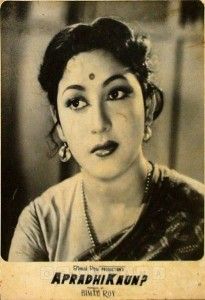 "Meena-ji turned down the role saying that she would not look the part whereas I would. Given my ignorance of Urdu, I was rather sceptical, but Meena-ji was convinced that I could do justice to the role. Playing Mumtaz Mahal's eldest daughter entailed gruelling Urdu classes and learning royal tehzeeb. It was hot on the grand sets erected at Ranjit Studio and the film had Madan Mohan's haunting music. It was a film replete with lyrical moments."

Mala Sinha was born into a family of Nepali origin. Her father's name was Albert Sinha and was a Nepali Christian. (Since she was born and brought up in Calcutta and Sinha is also a Bengali surname, it is wrongly assumed that her father is Bengali and mother is of Nepali origin.) Mala's initial name was Alda and her friends at school in Calcutta (now Kolkata) used to tease her by calling her Dalda (a brand of vegetable oil), so she changed her name to Baby Nazma on getting her first assignment as a child artiste. Later on, as an adult actor, she changed her name to Mala Sinha. A a child she learnt dancing and singing. Although she was an approved singer of All India Radio, she has never done playback singing in films. But as a singer she has done stage shows in many languages from 1947 to 1975.

She consistently did lead roles in Bengali films throughout 1950's to 1970's. Her performance in films like Lookochoori (1958) opposite Kishore Kumar and Kelaghar (1959),Saathihaara and Shohorer Itikotha - all three with Uttam Kumar and Kabita with Kamal Hasan in 1977 were appreciated.

Sinha started her career as child Artist in Bengali films; Jai Vaishno Devi followed by Shri Krishan Leela, Jog Biyog and Dhooli. Noted Bengali Director Ardhendu Bose saw her acting in a school play and took permission from her father to cast her as a heroine in his Bengali film Roshanara (1952), her cinematic debut.

In her successful 1960s and 1970s roles she was cast opposite her seniors like Raj Kapoor, Dev Anand, Kishore Kumar and Pradeep Kumar, and the emerging stars from late 1950s like Shammi Kapoor, Rajendra Kumar and Raaj Kumar. She worked with many newcomers of her era including Manoj Kumar, Dharmendra, Rajesh Khanna, Sunil Dutt, Sanjay Khan, Jeetendra and Amitabh Bachchan.Her character's power was as much as the heroes and most of the time her roles were more powerful than the hero. In most of her films from the 1960s, she got first billing in the credits, even before the heroes, with the exceptions being those with Guru Dutt, Raj Kapoor, Dev Anand, Pradeep Kumar and Kishore Kumar. Her career's most commercially success film was Maryada, opposite Rajesh Khanna released in 1971.

Mala Sinha was born to Madhesi parents after they immigrated to West Bengal, India from the Madhesh plains. Sinha married Nepali actor Chidambar Prasad Lohani of Kumain Brahmin ethnicity in 1966. The couple met when they worked together in the Nepali film Maitighar (1966). Lohani had an estate agency Business. After her marriage, she used to come and stay in Mumbai to shoot films while her husband stayed in Nepal running his Business. She has one daughter from the marriage: Pratibha Sinha, who is a former Bollywood Actress. From the late 1990s, the couple and their daughter have been residing in a bungalow in Bandra, Mumbai. Her mother lived in her house till her death in April 2017. Her daughter takes care of stray dogs and cats at Sinha's home.

She used to sing for All India Radio; she was not allowed to sing playback (even for herself) in the movies with the lone exception being 1972's Lalkar. In the 1950s, she had string of hits opposite Pradeep Kumar such as Fashion (1957), Detective (1958) and Duniya Na Mane (1959). The films she did with Pradeep Kumar were men-oriented. In 1957, noted Bollywood actor and Director Guru Dutt (the husband of Geeta Dutt) cast Mala in his film Pyaasa (1957) in a role originally intended for Madhubala. Sinha performed in the relatively unsympathetic part of an ambitious woman who chooses to marry a rich man (played by actor Rehman) and have a loveless marriage, rather than a poor, unsuccessful poet; her impoverished lover (played by Guru Dutt) whom she ditches. Pyaasa remains to this day a classic in the history of Indian cinema and a turning point for Sinha.

She has been a heroine in many Bengali films. In Bengali films she has acted with Uttam Kumar and Kishore Kumar. Her last Bengali work as a female lead was Kabita (1977) which featured Ranjit Mullick and Kamal Hassan; it was a super-hit at the box office. She is noted for her strong women-oriented roles in films such as Dhool Ka Phool, Suhag Sindoor,Anpadh, Phir Subah Hogi, Hariyali Aur Rasta, Bahurani, Aasra, Do Kaliyaan, Gumrah, Aankhen, Baharen Phir Bhi Aayengi, Himalaya Ki God Mein, Do Kaliyaan, Holi Aayi Re, Nai Roshni, Mere Huzoor, Kangan, Archana, Maryada amongst others.

In the early 1990s Madhuri Dixit was promoted as the "new Mala Sinha" in magazines. But, after 1994, she completely withdrew from the industry and has given very few public appearances. In Dhool Ka Phool and B.R. Chopra's Gumrah, she played the first unwed mother and adulterous wife respectively in Hindi cinema. As she grew older, she gracefully moved on to doing character roles that befitted her age. She was last seen in Zid (1994). Though Mala evinced as much interest in her daughter Pratibha's career as her father did in her career, she was unable to achieve the same success for her daughter.

Of her repertoire, she said in 2001 she was rather partial to Jahan Ara (1964), a historical movie that Meena Kumari passed on to her:

With Biswajit her popular movies include Aasra, Night in London, Do Kaliyaan, Tamanna, Nai Roshni and critically acclaimed films Pyar Ka Sapna, Paisa Ya Pyaar, Jaal and Phir Kab Milogi. She did ten films with Biswajit. In 2007, they won the Star Screen Lifetime Achievement Award, calling them on stage together giving due respect to their popularity as a pair who have tasted box office success.

After acting in a couple of films in Calcutta, Sinha went to Bombay for a Bengali film. There she met Geeta Bali, a noted Bollywood Actress, who was charmed by her and introduced her to Director Kidar Sharma. Sharma cast her as a heroine in his Rangeen Ratein. Her first Hindi film was Badshah opposite Pradeep Kumar, then came Ekadashi, a mythological film. Both films did not do well, but her lead role in Kishore Sahu's Hamlet, paired opposite Pradeep Kumar, fetched her rave reviews in spite of it failing at the box office. Films such as Lai Batti (actor Balraj Sahni’s only directorial venture), Nausherwan-E-Adil where she starred as the fair maiden Marcia in Sohrab Modi’s romance about forbidden love and Phir Subah Hogi, which was Director Ramesh Saigal’s adaptation of Dosteovsky’s Crime and Punishment established Mala Sinha's reputation as a versatile Actress who took the maximum career risks by accepting unconventional roles.