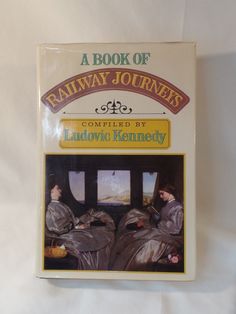 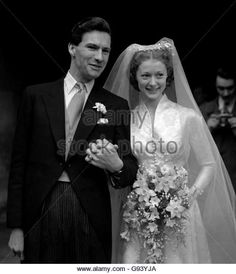 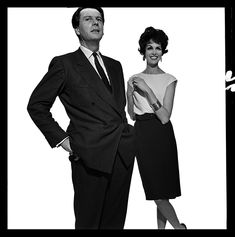 Kennedy was born in 1919 in Edinburgh, the son of a career Royal Navy officer, Edward Coverley Kennedy, and his wife, Rosalind Grant, daughter of Sir Ludovic Grant, 11th Baronet. His mother Rosalind was a cousin of the Conservative Politician Robert Boothby, later Lord Boothby. He had two younger sisters, Morar and Katherine. Morar married the Playwright Royce Ryton in 1954. Katherine married Major Ion Calvocoressi in 1947.

Kennedy's father, by then a 60-year-old retired captain, returned to the navy and was given command of HMS Rawalpindi, a hastily militarised P&O steamship, known as an Armed Merchant Cruiser. On 23 November 1939, while on patrol southeast of Iceland the Rawalpindi encountered two of the most powerful German warships, the small battleships (or battlecruisers) Scharnhorst and Gneisenau trying to break out through the GIUK gap into the Atlantic. The Rawalpindi was able to signal the German ships' location back to base. Despite being hopelessly outgunned, Captain Edward Coverley Kennedy of the Rawalpindi decided to fight, rather than surrender as demanded by the Germans. Scharnhorst sank Rawalpindi; of her 312 crew 275 (including her captain) were killed. Captain Kennedy was posthumously mentioned in dispatches and his decision to fight against overwhelming odds entered the folklore of the Royal Navy. His son Ludovic was twenty years old.

Having studied for one year at Christ Church, Oxford, before the war, he returned to complete his studies in 1945. At Oxford he helped found the Writers' Club and then sought a means of support while he completed a book on Nelson's captains. After leaving Oxford he began a career as an investigative Journalist.

In February 1950 he married the Dancer and Actress Moira Shearer in the Chapel Royal, Hampton Court Palace. He later remembered their meeting in 1949, when he was reluctantly persuaded by a friend to accept a complimentary ticket to a fancy dress ball held at the Lyceum ballroom in London. Shearer – who had recently become famous for her role in The Red Shoes – was presenting the prizes at the occasion, and Kennedy later recalled that "I felt a tremor run through me when I caught sight of her. She looked even lovelier than in the film."

A campaigning, investigative reporter, Kennedy wrote for a number of publications, including Newsweek. From 1953, he edited and introduced the First Reading radio series on the BBC Third Programme, presenting young Writers such as Kingsley Amis and Philip Larkin. Later he became a television Journalist and a newsreader on ITV's Independent Television News alongside Robin Day and Chris Chataway. He presented the BBC's flagship current affairs programme Panorama for several years. Kennedy was interested in miscarriages of justice, and he wrote and broadcast on numerous cases.

In 1958, Kennedy stood for election to Parliament as the Liberal candidate in the Rochdale by-election called after the death of the sitting Conservative MP, Wentworth Schofield in December 1957. He lost to the Labour candidate, Jack McCann, but achieved an increase in the Liberal vote, pushing the Conservatives into third place. The Rochdale contest was the first British by-election to receive live television coverage (locally, by Granada Television).

A major interest of Kennedy's was naval warfare. He wrote and presented a substantial number of television documentaries for the BBC on maritime history in the Second World War, beginning with Scapa Flow, followed by the dramatic narrative of the sinking of the Bismarck in which he was personally involved. Other subjects included the U-Boat war, the story of HMS Belfast, and the raids on Dieppe and St. Nazaire. The Life and Death of the Scharnhorst (1971) brought him into contact with survivors of the battlecruiser that had sunk his father's ship HMS Rawalpindi. The series included Target Tirpitz (1973), a history of the extraordinary attempts to sink the feared German battleship. Two of these films led to subsequent books.

From 1980 to 1988 he presented the television review programme Did You See...? He interviewed Peter Cook's character Sir Arthur Streeb-Greebling in A Life in Pieces in 1990. He appeared as himself in several episodes on the political comedy series Yes Minister. Kennedy was the subject of an episode of That Reminds Me (2002: season 4, episode 1).

He received an honorary doctorate from the University of Strathclyde in 1985.

He was also an advocate of the legalisation of assisted suicide, and is a co-founder and former chair of the Voluntary Euthanasia Society. His book, Euthanasia: The Case for the Good Death, was published in 1990.

He was knighted in 1994 for services to journalism, on the recommendation of John Major's government. Major's predecessor Margaret Thatcher had vetoed Kennedy's knighthood.

A lifelong atheist, he published All in the Mind: A Farewell To God in 1999, in which he discussed his philosophical objections to religion, and the ills he felt had come from Christianity. He was a Distinguished Supporter of the British Humanist Association, he contributed to New Humanist magazine, he was an Honorary Associate of the National Secular Society and a Distinguished Supporter of the Humanist Society Scotland.

He then stood as an independent on a platform of legalising voluntary euthanasia in the 2001 general election for the Wiltshire constituency of Devizes. He won 2% of the vote and subsequently rejoined the Liberal Democrats.

Summoning up his courage, he approached the 23-year-old Dancer and asked her to dance. She would be delighted, she told him, only "I don't dance very well." She was not, Kennedy revealed, a competent ballroom Dancer. The couple had one son and three daughters (Alastair, Ailsa, Rachel and Fiona) from a 56-year marriage that ended with her death on 31 January 2006 at the age of 80.

Kennedy died of pneumonia in a nursing home in Salisbury, Wiltshire, on 18 October 2009, aged 89.

Private Eye magazine sometimes referred to him as 'Ludicrous Kennedy'. In the long-running BBC sitcom Till Death Us Do Part, Alf Garnett – while attacking BBC personalities – spoke of him as a Russian Mick ("Mick" being an offensive term for an Irishman), meaning "that Ludovich Kennedy!"