Lin Bin was born in China. Lin Bin cofounded low-cost Chinese smartphone maker Xiaomi in 2010 with his friend and fellow billionaire Lei Jun. Xiaomi has expanded to Brazil and also began selling hoverboards in the fall of 2015. A native of China, Lin obtained a masters degree in computer science at Drexel University in the U. S. He worked for Microsoft and Google before cofounding Xiaomi.
Lin Bin is a member of Technology 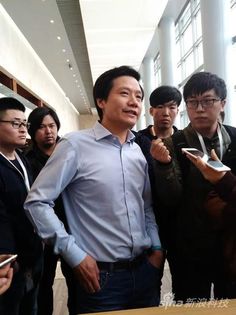 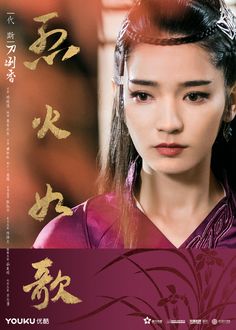 This, then, is the key to understanding Xiaomi: they’re not so much selling smartphones as they are selling a lifestyle, and the key to that lifestyle is MIUI, Xiaomi's software layer that ties all of these things together.

In fact, you could argue that Xiaomi is actually the first "Internet of Things" company: unlike Google (Nest), Apple (HomeKit), or even Samsung (SmartThings), all of whom are offering some sort of open SDK to tie everything together (a necessity given that most of their customers already have appliances that won’t be replaced anytime soon), Xiaomi is integrating everything itself and selling everything one needs on Mi.com to a fan base primed to outfit their homes for the very first time. It's absolutely a vertical strategy – the company is like Apple after all – it's just that the product offering is far broader than anything even Gene Munster could imagine. The services Lei Jun talks about – MIUI and Mi.com especially – sell the products and tie them all together, but they are all Xiaomi products in the end.

MiTalk is an internet-based cross-platform instant messenger mobile app available for Android and iOS launched in 2011.

In November 2012, Xiaomi's smart set-top box stopped working one week after the launch due to the company having run afoul of China's State Administration of Radio, Film, and Television. The regulatory issues were overcome in January 2013.

In August 2013, the company announced that it was hiring Hugo Barra from Google, where he served as vice President of product management for the Android platform. Barra has declined to comment on the timing of the Google relationships, and stated that he had been in talks with Xiaomi for over a year prior to announcing the move. He will be employed as vice President of Xiaomi to expand the company outside of mainland China, making Xiaomi the first company selling smartphones to poach a senior staffer from Google's Android team. Barra's focus was to help Xiaomi grow internationally. Barra quit his position in January 2017. Hugo Barra now Joined Facebook and is the VP for the virtual reality section.

On 9 December 2014, the High Court of Delhi granted an ex parte injunction that banned the import and sale of Xiaomi products in India. This injunction was issued in response to a complaint filed by Ericsson in connection with the infringement of its patent licensed under FRAND (Fair, Reasonable and Non Discriminatory Licensing). This injunction issued by the High Court was applicable until 5 February 2015, the date on which the High Court was scheduled to summon both parties for a formal hearing of the case. On 16 December The Delhi High Court granted permission to Xiaomi to sell its devices that are running on a Qualcomm-based processor until 8 January 2015. Following this, Xiaomi held various sales on Flipkart including on 30 December 2014. With this sale, the company received press coverage when their flagship Xiaomi Redmi Note 4G phone sold out in 6 seconds. The judge extended the division bench's interim order allowing Xiaomi to continue the sale of Qualcomm chipset-based handsets till March 2018.

Xiaomi celebrated its 5th birthday on 6 April 2015 with the Mi Fan Festival, which includes an online shopping day with offers and discounts. Xiaomi managed to break the world record for "most mobile phones sold on a single online platform in 24 hours", by selling 2,112,010 handsets through its direct-to-customer website Mi.com.

On 7 July 2016 several Technology news sources reported a severe vulnerability in the MIUI firmware developed by Xiaomi. The hack targeted a flaw in the MIUI OTA "over-the-air" updating system.

The Taiwanese Fair Trade Commission had investigated the flash sales and found that Xiaomi had sold fewer smartphones than advertised. In December, 3 separate flash sales were investigated. In those flash sales Xiaomi claimed that the number of smartphone sold was 10,000 units each for the first two sales, and 8,000 units for the third one. However, FTC had investigated the claims and found out that Xiaomi only sold 9,339 devices in the first flash sale, 9,492 units in the second one, and 7,389 for the third. It was found that during the first flash sale Xiaomi had given 1,750 priority ‘F-codes’ to people who could place their orders without having to go through the flash sale, thus diminishing the stock that was publicly available. The FTC fined Xiaomi NT$600,000.