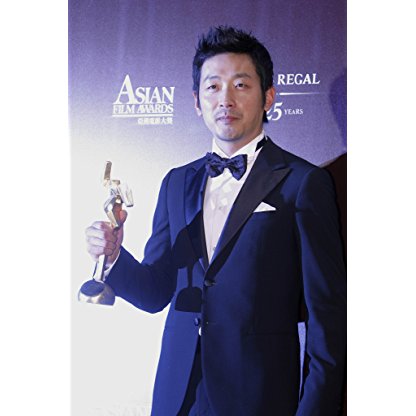 Jung-woo Ha was born on March 11, 1978, is Actor, Writer, Director. Jung-woo Ha is a South Korean actor, film director, screenwriter and film producer. His breakthrough to stardom came with the role in Na Hong-jin's serial killer film The Chaser (2008).Born as Kim Sung-hoon, Ha Jung-woo came from an acting family. His father Kim Yong-gun is a well-known veteran actor who has appeared in many movies and television series. Ha has said that since he was 4 or 5 years old, he has always dreamed of becoming an actor like his father. Before entering college, Ha studied at a private acting institute and at one point had actor Lee Beom-soo as his instructor. He then enrolled at Chung-Ang University as a theater major, where he acted on the stage.In 1998, Ha began his military service, working in the Armed Forces Public Relations Department. He put his acting experience to good use during this time, appearing in 10 promotional films for the military.Kim Sung-hoon made his acting debut in the 2002 SBS sitcom Honest Living and his feature film debut in the 2003 film Madeleine.He made his directorial debut through the comedy film Fasten Your Seatbelt (2013).In 2016, Ha starred again in two box office hits; Park Chan-wook's The Handmaiden, an adaptation of the Sarah Waters novel Fingersmith also set during 1930s Korea; and the survival thriller The Tunnel.
Jung-woo Ha is a member of Actor 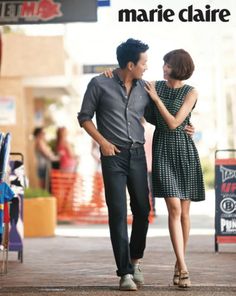 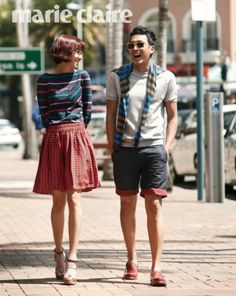 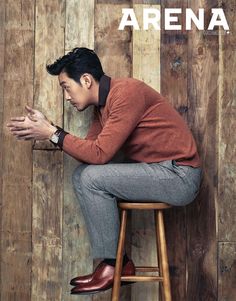 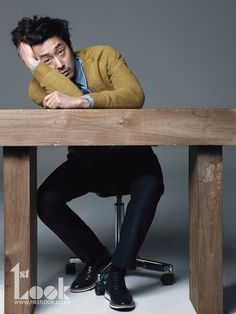 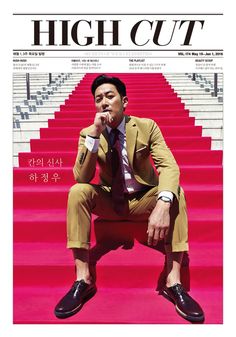 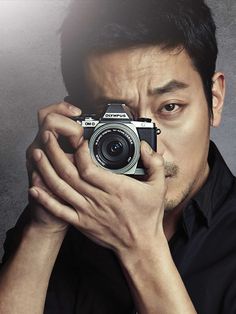 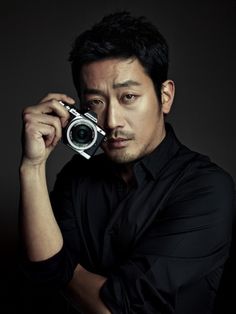 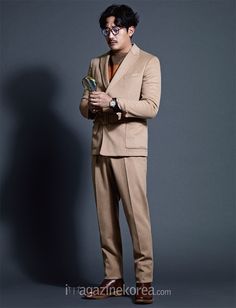 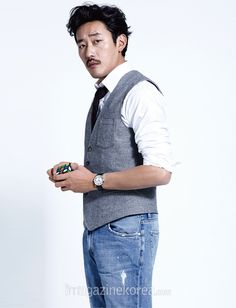 In 1998, Ha began his military Service, working in the Armed Forces Public Relations Department. He put his acting experience to good use during this time, appearing in 10 promotional films for the military.

Kim Sung-hoon made his acting debut in the 2002 SBS sitcom Honest Living and his feature film debut in the 2003 film Madeleine. For the next few years, Kim's acting career was relatively low-key, appearing in several supporting roles, but not receiving a lot of attention. In 2005, Kim signed with talent agency SidusHQ and on their recommendation adopted the stage name "Ha Jung-woo." He then appeared in his first starring role in the indie film The Unforgiven, a blistering critique of the physical and psychological violence within military ranks.

Ha Jung-woo is also an Artist. Though it began as a hobby in his university days, Ha began painting in earnest in 2007. His paintings, all done in a Hybrid of Pop art and Expressionist styles, have been displayed in several solo art exhibitions. Critics have said his paintings, with their strong colors and interesting composition are reminiscent of those by American Artist Jean-Michel Basquiat. "Life as an actor is like living through an invisible war. Paintings soothe me and make me rational. It is too extravagant to say that painting is my hobby; it is rather a way for me to survive as an actor," said Ha.

Ha's breakout came in the 2008 film The Chaser, in which he played a psychopath character loosely based on serial killer Yoo Young-chul. The movie became a huge hit at the Korean box office, raking in over 5 million ticket sales, while also garnering high praise from critics and numerous awards from local award-giving bodies. American Director Martin Scorsese, rumored to be attached to a Hollywood remake of The Chaser, has complimented Ha as having as much potential as his The Departed stars Leonardo DiCaprio and Matt Damon. Ha followed this up with a portrayal of a charming scoundrel in My Dear Enemy that same year, showcased his versatility and elevated his status as one of the most sought-after actors in the Korean film industry. From 2008-2009, he took on diverse but compelling roles in The Moonlight of Seoul, Boat, and Take Off. Take Off, based on the Korean national ski jumping team, became one of the biggest box office hits of 2009.

Nameless Gangster: Rules of the Time was Ha's third collaboration with longtime friend Director Yoon Jong-bin, also starring acclaimed veteran actor Choi Min-sik. This was followed shortly by the unconventional romantic comedy Love Fiction opposite Gong Hyo-jin. Both were box office hits. After wrapping Love Fiction, Ha along with Gong and 14 other actors went on a cross-country walking trip from Seoul to Haenam, South Jeolla Province. Their journey was chronicled in the documentary 577 Project, denoting the total distance covered in kilometers. Ha was in charge of three aspects of the production including planning, acting and casting. He said he did it to thank fans for their support after he won back-to-back Best Actor awards at the 2010 and 2011 Baeksang Arts Awards. In Ryoo Seung-wan's The Berlin File, Ha starred as a North Korean agent in Berlin who is betrayed and cut loose in the midst of a financial espionage intrigue. He then appeared the action thriller The Terror Live, playing a news anchor with an exclusive, live broadcast on a terrorist attack.

In 2011 he published a compilation of essays titled Ha Jung-woo, Good Feeling. Besides his musings on life, Ha also wrote his thoughts on famous artists such as Pablo Picasso. The book also included about 60 of his own drawings.

Ha reunited with his The Chaser Director Na Hong-jin and costar Kim Yoon-seok in Na's sophomore feature The Yellow Sea, which netted Ha Best Actor trophies from the Asian Film Awards, Baeksang Arts Awards and the Korean Association of Film Critics. Ha then starred in the legal thriller The Client, which evoked his early days of theater, and the Director praised Ha for his "moments of true brilliance and genius" during the production. In early 2012, Samsung Electronics produced an ambitious PPL-frequent-film project featuring Galaxy Note, their latest Tablet Hybrid mobile. Titled as Cine Note, the giant project comprises three shorts by Directors Kang Hyeong-cheol, Jang Hoon and E J-yong. Ha played the leading role for all the three of the films, while celebrated musician Lee Seung-chul produced music using the device, and noted webtoon artists Son Jae-ho and Lee Gwang-soo created the film’s animated content.

Working with Yoon Jong-bin again, Ha played a Joseon era butcher-turned-outlaw in the period action film Kundo: Age of the Rampant. In 2015, Ha directed, wrote and starred in Chronicle of a Blood Merchant, a film adaptation of Chinese author Yu Hua's 1995 novel. He then appeared in one of the biggest domestic hits of the year, Choi Dong-hoon's Assassination about resistance fighters given orders to kill a Japanese army commander in the colonial era.

In 2017, Ha starred in Kim Yong-hwa's Along With the Gods: The Two Worlds, an adaptation of the webtoon Along With the Gods, about a court in the afterlife where the deceased undergo multiple trials for 49 days, and 1987: When the Day Comes, about a political crisis that led to the June Democratic Uprising in 1987 which ended the military regime of President Chun Doo-hwan.