Jim Stynes was born on April 19, 1923 in Dublin, Irish, is Australian Rules Footballer. Jim Stynes is a footballer who went on to be known as the pride of Australian football over the years. In a career spanning 264 games, Stynes had contributed greatly towards the success of his team, Melbourne. This player tried football first at the age of eight and turned out to be impressive even at a young age. He then earned a scholarship to play football as well as pursue his education at Melbourne, which changed his life completely. He soon earned a spot in the ‘Melbourne Football Club’ when he was still a teenager. Jim’s passion towards the game became really evident, when he continued playing for Melbourne in spite of being injured. Jim was also a recipient of several honours, which he fetched for proving his football prowess time and again. A couple of these include the ‘Brownlow Medal’ as well as the ‘Medal of the Order of Australia’. Apart from merely sticking to his sports responsibilities, Jim also turned towards philanthropy at a later stage of his career, by co-founding the initiative, ‘The Reach Foundation’. He also explored his writing abilities much later, by penning two books based on his life, as well as a work for children.
Jim Stynes is a member of Sportspersons 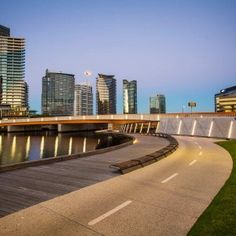 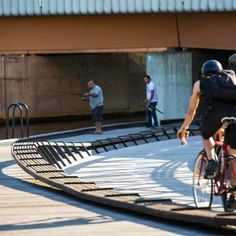 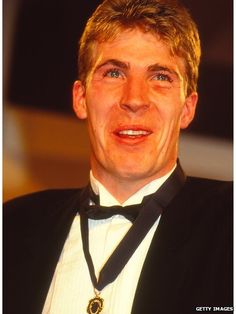 Stynes' family has a strong history in Gaelic football. His grandfather Joe Stynes was an All-Ireland Gaelic footballer with Dublin (1923). His younger brother Brian won an All-Ireland with Dublin (1995). Jim played against Brian in the International Rules Series against Ireland many times. Brian followed Jim to play professional Australian Rules at Melbourne; however, he returned to Ireland having played just 2 senior games in 1992.

He attended Ballyroan Boys National School]]. He began playing Gaelic football at the age of eight. From age nine, he played at Ballyboden St Endas at under 11s level. He attended high school at De La Salle College Churchtown where he played rugby union while continuing to play Gaelic football for his club alongside younger brother Brian. His first exposure to Australian rules football was watching the 1980 film The Club on television. Stynes represented Dublin and in 1984 at the age of eighteen, was on Dublin's winning side in the All-Ireland Minor Football Championship.

In 1984 Stynes responded to an advertisement in his local paper placed by the Melbourne Football Club that offered two scholarships all expenses paid to play football and attend university in Victoria, Australia. Applicants were required to be under 18, over 183 cm and at county standard. Tall and slim, Stynes was selected, along with James Fahey and brought to Victoria to undergo a crash course in Australian Rules and signed a two-year contract, hoping to use the money to fund his way through college. Stynes was promised accommodation with an additional $60 a week, clothing and $50 a game. He arrived in Australia on 7 November 1984.

Stynes debuted for the Melbourne under 19s team in 1985 and finished the season runner-up in the best and fairest. Ray Jordon, a coach who was experienced with talented juniors, worked intensively with Stynes and he was sent to Victorian Football Association's Prahran Football Club to compete at senior level.

An exceptional run of consecutive games which had begun in Round 18 of 1987 almost ended with a severe rib injury in 1993 Stynes sustained from a collision with teammate David Neitz in a match against North Melbourne Football Club. He was treated at Epworth Hospital for a compound rib fracture. Despite being ruled out by medical officers for six weeks, he convinced his coach Neil Balme to pass him in the club fitness test and wore a chest guard in order to play the following Friday night.

Stynes' best year came in 1991, playing a consistent season he became favourite to win the Brownlow Medal and did so with 25 five votes clear of any other player. In doing so he became the first (and so far only) overseas-born player to win the award. Along with the Brownlow he was also awarded the AFL Players Association MVP award and was selected in the All-Australian team and won his first best and fairest at Melbourne. Media commentators noted that Stynes had used his extraordinary endurance to redefine the role of the professional ruckman. While many of his opponents were over 2 metres tall, Stynes played in the style of a tall ruck rover. Instead of focusing on hit outs and play in bursts, he ran the whole game gaining possession across the whole ground. This was a model of play which many other mid-sized ruckmen such as Geelong's John Barnes were able to successfully follow.

In 1994, Stynes co-founded (with film Director Paul Currie) The Reach Foundation and became a prominent youth worker in Victoria. Les Twentyman in 2010 criticised Styne's Reach foundation for only helping rich kids in the eastern suburbs after his western suburbs based charity, which helped mainly financially disadvantaged kids, was denied funding by the federal government but the Reach foundation received four million dollars.

In 2000, Stynes received an Australian Sports Medal, and was named in Melbourne Football Club's Team of the Century. In 2001, he received the Centenary Medal "for establishing and leading a Reach organisation for youth development", and was named Victorian of the Year.

Another younger brother, David, also played both Gaelic football and Australian Rules, albeit at an amateur level, having played in the Ireland national Australian rules football team. He was the first player to win the cup twice, being a member of the winning team in the 2002 International Cup and 2011 International Cup.

In 2003, Stynes was inducted into the Australian Football Hall of Fame and was once again named Victorian of the Year.

In 2006 during the redevelopment of the Melbourne Cricket Ground, a new corporate dining and function room in level 2 of the Olympic Stand was named the "Jim Stynes Room" in honour of Stynes.

In 2007, he was awarded the Medal of the Order of Australia for his work with youth and contribution to Australian rules football. Stynes was also named Melburnian of the Year for 2010 for his Reach Foundation work. He was named a Doctor of the University by the Australian Catholic University in recognition of his social work.

His early-stated main goal at this stage was to increase the Melbourne membership number – especially the junior membership base as stated on The Footy Show on 12 June 2008. Shortly following his election he declared his staunch stance against any proposed relocation of the club to the Gold Coast or elsewhere.

On 2 July 2009, Stynes held a media conference to inform the public that he had developed cancer. A lump in his back was shown to be melanoma and tests revealed that his cancer had metastasised. Stynes intended to make clear that he was not stepping down from his role as President of the Melbourne Football Club but instead just taking a break to seek treatment.

On 4 April 2010 it was revealed that his condition had worsened and three days later he had surgery for brain metastasis. He continued to work during his treatment and participated in the filming of a television documentary about his life and his battle with cancer "Every Heart Beats True" produced by friends Jules Lund and Reach co-founder Paul Currie which aired on 19 September 2010 on the Nine Network.

In December 2011, Stynes handed his #11 Guernsey to new recruit Mitch Clark. In February 2012, Stynes stepped down from the presidency of Melbourne, citing a Desire to devote his energies towards his family and wellbeing. He was succeeded by his vice-president, Don McLardy.

A moment of silence was observed at the Melbourne Cricket Ground on the day of Stynes' death, and both the Melbourne Football Club and the Casey Scorpions, its VFL-affiliate plan to commemorate Stynes at their first home games in 2012. At the launch of the 2012 Australian Football League season, both Stynes' replacement as President of the Melbourne Football Club, Don McLardy, and the AFL's chief executive officer, Andrew Demetriou, acknowledged his contribution to football in Australia.