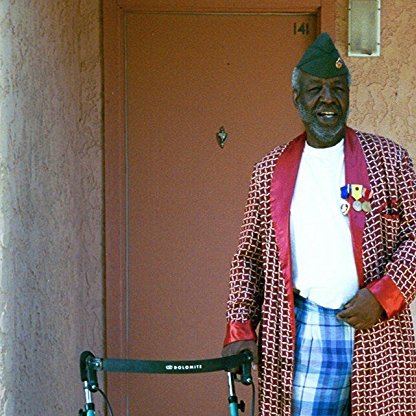 James McEachin was born on May 20, 1930 in  Rennert, North Carolina, United States, is Actor, Writer, Producer. James McEachin was born on May 20, 1930 in Rennert, North Carolina. At the age of 18 he joined the US Armed Forces and served in the Korean War earning many medals of valor to include the Purple Heart and Silver Star. After leaving the military he spent time as a policeman and then fireman before moving to California and becoming a record producer. After a short stint in the music industry McEachin went into acting and spent many years in film and television. Not yet content he took time away from acting to become an award-winning author and maker of audio books. In 2005 McEachin was appointed as a US Army Reserve Ambassador and spends his free time speaking to soldiers, veterans and America. In late 2006 he produced the film-short Old Glory, a film short for the soldier, veteran and patriot in us all. In 2008 McEachin opened his one-man play, Above the Call; Beyond the Duty at the John F. Kennedy Center, Washington, DC and his since played Casa Manana, Ft. Worth, TX, Brentwood Theater, Los Angeles, CA, and Merle Reskin Theatre, Chicago, IL.McEachin is married with three grown children and resides in So Cal.
James McEachin is a member of Actor 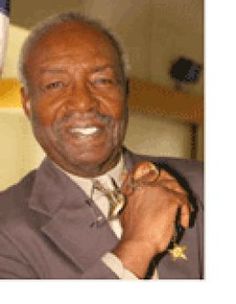 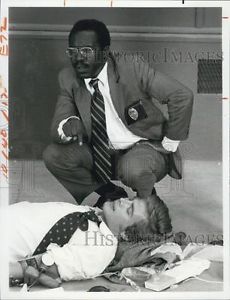 Following his military career, McEachin dabbled in civil Service, first as a fireman and then a policeman in Hackensack, New Jersey, before he moved to California and became a record Producer. Known as Jimmy Mack in the industry, he worked with young artists such as Otis Redding and went on to produce The Furys. He began his acting career shortly after, and was signed by Universal as a contract actor in the 1960s.

McEachin played Mr. Turner, a tax collector for the I.R.S., and later a character called Solomon Jackson, a co-worker that Archie Bunker tries to recruit for his social club, on the television show All in the Family. He played the deejay Sweet Al Monte in Play Misty for Me (1971) with Clint Eastwood. In 1973, he starred as Harry Tenafly, the title character in Tenafly, a short-lived detective series about a police officer turned private detective who relied on his wits and hard work rather than guns and fistfights. He also appeared occasionally as Lieutenant Ron Crockett on Emergency!. In 1978, he played a police officer in Every Which Way But Loose. In 1979, he played the role of a jaded ex-marine high school baseball coach in an episode ("Out at Home") of The White Shadow.

He was regularly cast in professional, "solid citizen" occupational roles, such as a Lawyer or a police commander, guesting on numerous series such as Hawaii Five-O, Rockford Files, Mannix, The Feather and Father Gang, The Eddie Capra Mysteries, Matlock, Jake and the Fatman, Diagnosis Murder, Dragnet, It Takes a Thief, and Adam-12, and in television movies including Welcome Home, Johnny Bristol (1972), The Alpha Caper (1973) and The Dead Don't Die (1975). He appeared in such feature films as Uptight (1968), If He Hollers, Let Him Go! (1968), The Undefeated (1969), The Lawyer (1970), Buck and the Preacher (1972), The Groundstar Conspiracy (1972) and Fuzz (1972).

He made his third film with Eastwood in 1983 when he starred as Detective Barnes in the fourth Dirty Harry movie, Sudden Impact. He also appeared as Dr. Victor Millson, chairman of the fictitious National Council of Astronautics in the 1984 movie, 2010. In addition to his appearing role with Roy Scheider, his character often appears in video dispatches transmitted to the American astronauts in the film. While continuing to guest star in many television series and appearing in several feature-length films, McEachin landed his most memorable role, that of police lieutenant Brock in the 1986 television movie Perry Mason: The Case of the Notorious Nun. He would reprise this role in more than a dozen Perry Mason telemovies from 1986 until 1995, starring opposite Raymond Burr, and appeared in the 1994 crime thriller Double Exposure.

In the 1990s, he semi-retired from acting to pursue a writing career. His first work was a military history of the court-martial of 63 black American Soldiers during the First World War, titled Farewell to the Mockingbirds (1995), which won the 1998 Benjamin Franklin Award. His next works, mainly fiction novels, included The Heroin Factor (1999), Say Goodnight to the Boys in Blue (2000), The Great Canis Lupus (2001), and Tell me a Tale: A Novel of the Old South (2003). He published Pebbles in the Roadway in (2003), a collection of short stories and essays which he describes as "a philosophical view of America and Americans". In 2005, McEachin produced the award-winning audio book Voices: A Tribute to the American Veteran.

In 2001, McEachin received the Distinguished Achievement Award from Morgan State University. In 2005, he became an Army Reserve Ambassador; this distinction carries the protocol of a two-star general.

McEachin served in the United States Army before, and then during, the Korean War. Serving in King Company, 9th Infantry Regiment (United States), 2nd Infantry Division, he was wounded (nearly fatally) in an ambush and nearly left for dead. McEachin was one of only two Soldiers to survive the ambush. He was awarded both the Purple Heart and Silver Star in 2005 by California Congressman David Dreier after McEachin participated in a Veterans History Project interview given by Dreier's office and in which they discovered McEachin had no copies of his own military records. Dreier's office quickly traced the records and notified McEachin of the Silver Star commendation and awarding him all seven of his medals of valor shortly thereafter, fifty years after his Service.

In early 2006, the film short Reveille, in which McEachin starred with David Huddleston, began to play to troops in Afghanistan and Iraq, and people began to request copies of the film. The film was posted on video.google.com and quickly garnered 1.5 million hits and a deluge of fan mail to the James McEachin.com website; this inspired McEachin's latest contribution, Old Glory, which he wrote, produced, directed, and acted in. Old Glory was McEachin's directorial debut.