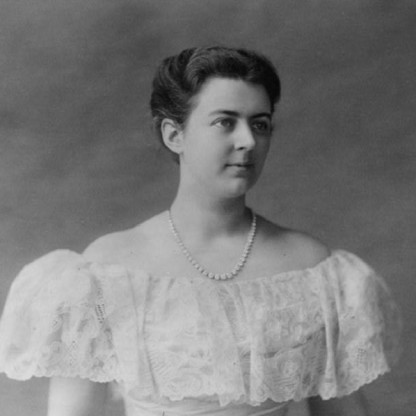 Frances Cleveland was born on July 21, 1864 in Buffalo, New York, United States, is Former First Lady of the United States. Frances Cleveland, born as Frances Clara Folsom, became the 27th First Lady of the U.S. when she married the US president Grover Cleveland in 1886. She was just 21 at the time of her marriage and became the youngest ever first lady in American history. The president was 49 at that time - old enough to be her father. The president’s marriage with Frances was held in the Blue room of the White House - the first presidential marriage to be conducted in the mansion. On becoming the First Lady, Frances found herself in midst of intense media interest. Young, beautiful and charming, she soon became popular with the general public. She took over the housekeeping duties from her sister-in-law Rose Cleveland who had been taking care of her bachelor brother’s household so far. When Grover Cleveland left the White House with Frances at the end of his first term, she told the staff to take proper care of the building as they would be returning in four years. Her prediction proved correct and the family moved back into the White House in 1893 when her husband won the presidential elections again. She was the only First Lady to serve two non-consecutive terms.
Frances Cleveland is a member of Miscellaneous 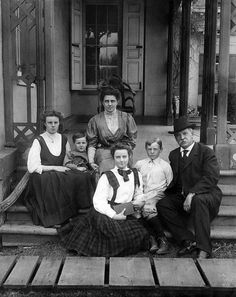 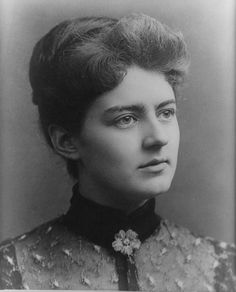 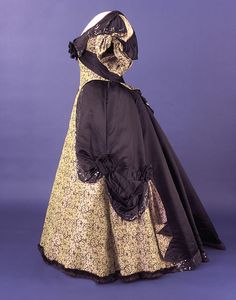 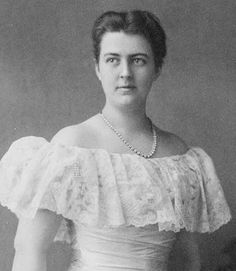 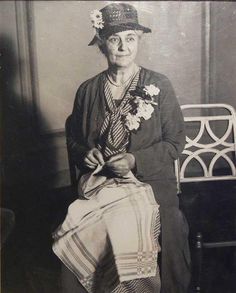 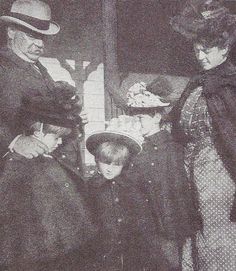 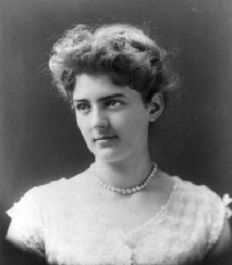 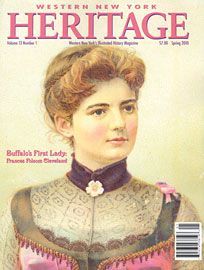 All of Frances Cleveland's ancestors were from England and settled in what would become Massachusetts, Rhode Island and New Hampshire, eventually migrating to western New York. She was their only child to survive infancy (a sister, Nellie Augusta, died before her first birthday). She originally had the first name Frank (named for an uncle), but later decided to adopt the feminine variant Frances. A longtime close friend of Oscar Folsom, Grover Cleveland, at age 27, met his Future wife shortly after she was born. He took an avuncular interest in the child, buying her a baby carriage and otherwise doting on her as she grew up. When her father, Oscar Folsom, died in a carriage accident on July 23, 1875, without having written a will, the court appointed Cleveland administrator of his estate. This brought Cleveland into still more contact with Frances, then age 11.

She attended Central High School in Buffalo, and Medina High School in Medina, New York and went on to attend Wells College in Aurora, New York. Sometime while she was in college, Cleveland's feelings for her took a romantic turn. He proposed by letter in August 1885, soon after her graduation. They did not announce their engagement, however, until just five days before the wedding.

Frances Folsom, who was 21 years old, married President Grover Cleveland, age 49, on June 2, 1886, at the White House. This was the only time a President married in the Executive Mansion, and Frances was the only First Lady to marry in the White House. Their age difference of 28 years is the second largest of any presidential marriage (behind that of President John Tyler, whose second wife, Julia Gardiner Tyler, was thirty years his junior when they wed in New York City in 1844).

After Grover Cleveland was defeated in the 1888 presidential election, the Clevelands lived in New York City. Upon leaving the White House at the end of her husband's first term, Cleveland is reported to have told the staff to take care of the building since the Clevelands would be returning in four years. She proved correct, becoming the only First Lady to preside at two non-consecutive administrations.

In honor of Frances Cleveland, Cleveland Hall was constructed in 1911 on the Wells College campus. Originally a library, the building currently holds foreign language classes.

After her husband's death in 1908, Cleveland remained in Princeton, New Jersey. On February 10, 1913, at the age of 48, she married Thomas J. Preston, Jr., a professor of archaeology at her alma mater, Wells College. She was the first presidential widow to remarry. She was vacationing at St. Moritz, Switzerland, with her daughters Marion and Esther and her son Francis when World War I erupted in August 1914. They returned to the United States via Genoa on October 1, 1914. During the Great Depression of the 1930s, she led the Needlework Guild of America in its clothing drive for the poor.

While staying at her son Richard's home for his 50th birthday in Baltimore, Cleveland died in her sleep at the age of 83 on October 29, 1947. She was buried in Princeton Cemetery next to President Cleveland, her first husband.

The new First Lady was the object of intense media interest. She took over the duties of being White House hostess, and her charm let her win popularity. She held two receptions a week—one on Saturday afternoons, when women with jobs were free to come. Cleveland's sister Rose Cleveland had been her bachelor brother's hostess in the first 15 months of his first term of office. After her brother's marriage, Rose happily gave up the duties of hostess for her own work in education.