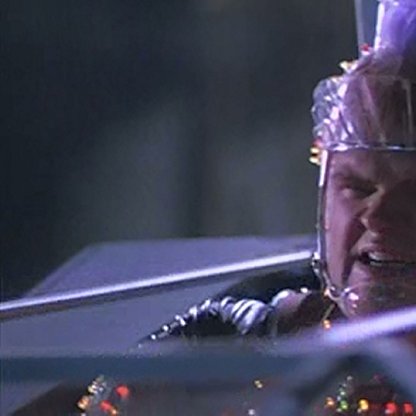 Erland van Lidth was born on June 03, 1953 in  Hilversum, Noord-Holland, Netherlands, Netherlands, is Actor, Soundtrack. Born in the Netherlands, he came to the United States as a child in the late 1950s. Erland grew up in Orange, New Jersey; Ridgefield, Connecticut; and Mont Vernon, New Hampshire. He attended the Massachusetts Institute of Technology, where he distinguished himself as a member of the wrestling team and in student theatre productions while also becoming a teaching assistant while still an undergraduate. After graduation he moved to New York City, working in the field of computers, and pursued amateur wrestling, going to the 1976 Montreal Olympics as the heavyweight alternate and being the hopeful for the 1980 Moscow Olympics (which the US did not ultimately attend). However, when a casting director for The Wanderers (1979) showed up at the New York Athletic Club, Erland was discovered and cast as "Terror."Erland continued to work in computers (ultimately starting his own company), fitting in his movie shoots as well as his studies toward an operatic career. Originally a bass-baritone, he appeared many times at the well-known Amato Opera in New York and eventually worked his way into the Heldenbaritone repertoire. He was survived by his son, his wife, his mother (since deceased), his brother Philip van Lidth de Jeude (also an opera singer and film actor), and his sister Philine (also an opera singer [ret], photographer & artist.
Erland van Lidth is a member of Actor

Van Lidth De Jeude was born in Hilversum, the Netherlands, and came to the United States with his family in 1958, where they resided in Orange, New Jersey (until 1960), then Stamford, Connecticut (1960–1962), Ridgefield, Connecticut (1962–1970), and Mont Vernon, New Hampshire (1970–1973). In addition to studying computer science at MIT (graduating with a B.S. in Computer Science & Electrical Engineering in 1977), he also distinguished himself on the wrestling team and in stage productions, the most successful of which was A Funny Thing Happened on the Way to the Forum, in which he played Miles Gloriosus. After graduation he worked in Manhattan as a computer professional, while also attending the 1976 Summer Olympics in Montreal as an alternate in the heavyweight wrestling team. His preparation for the 1980 Olympics in Moscow was cut short when the United States boycotted the event. He also won the Bronze Medal in the international competition held in Tehran in 1978.

The 6'6" (198 cm), 340-pound (154 kg) Wrestler was spotted in the New York Athletic Club by a casting Director, which led to his role as the fearsome "Terror", leader of the Fordham Baldies, in the 1979 Philip Kaufman film The Wanderers. He continued to juggle his careers in film and information Technology while also singing frequently with the Amato Opera in New York, studying to become a Heldenbaritone, and teaching computer programming at Manhattan Community College. He is perhaps best known for his role as Grossberger in Stir Crazy with Richard Pryor and Gene Wilder, which was released in December 1980 and has been regularly shown on TV over the years. Erland was also featured in the 1987 Arnold Schwarzenegger film The Running Man, which was his last film appearance. He played Dynamo, a sadistic stalker who announces his presence by singing an aria from Mozart's Marriage of Figaro and electrocutes his victims. He once turned down a film role because he did not want to shave his head as he did for The Wanderers and Stir Crazy.

Erland Van Lidth De Jeude married Annette Friend on September 22, 1986, with whom he had one son, Christiaan. His brother Philip Van Lidth De Jeude, who was featured in the Dutch children's film Abeltje (released November 1998) as the Generalissimo, originally sang as a baritone and then as a dramatic tenor in both Europe and the United States, and sister Philine van Lidth de Jeude is a dramatic Soprano and free-lance Photographer.

Van Lidth De Jeude died of heart failure in September 1987 at age 34, a few months after finishing work on The Running Man.