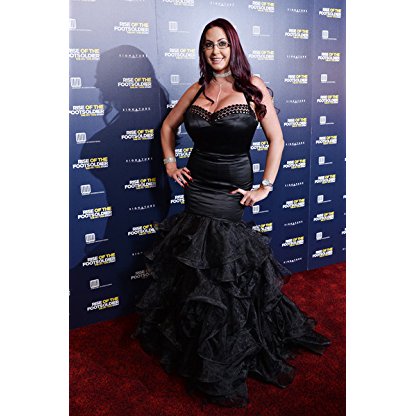 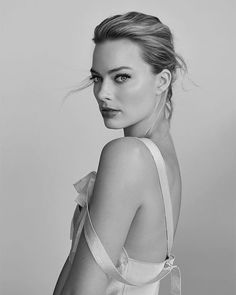 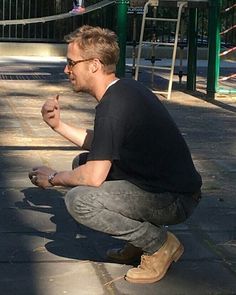 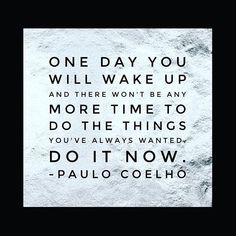 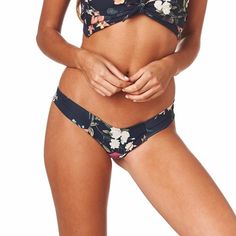 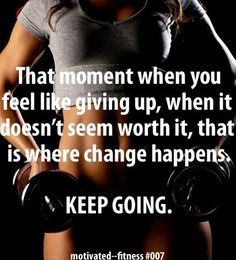 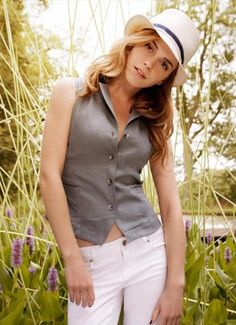 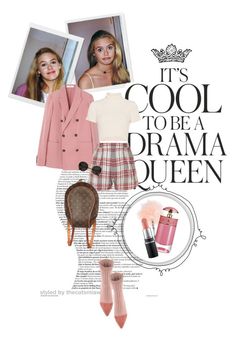 In 1994, Melanie C, Mel B, Geri Halliwell, and Victoria Beckham responded to an advertisement in The Stage magazine. Around 400 women who answered the ad went to Dance Works studios. Halliwell, Chisholm, Beckham (née Adams), and Brown were originally chosen as the members of the group, along with Michelle Stephenson, who due to her lack of commitment was replaced with Abigail Kis but for only a short while, then, was finally replaced with Bunton. The group felt insecure about the lack of a contract and were frustrated by the direction in which Heart Management was steering them. In October 1994, armed with a catalogue of demos and dance routines, the group began touring management agencies. They persuaded Bob Herbert to set up a showcase performance for the group in front of industry Writers, producers and A&R men in December 1994 at the Nomis Studios in Shepherd's Bush where they received an "overwhelmingly positive" reaction. Due to the large interest in the group, the Herberts quickly set about creating a binding contract for the group. Encouraged by the reaction they had received at the Nomis showcase, all five members delayed signing contracts on the legal advice from, amongst others, Adams' father Anthony Adams. In March 1995, because of the group's frustration at their management's unwillingness to Listen to their visions and ideas, they parted with Heart Management.

The group began a relationship with Simon Fuller of 19 Entertainment and finally signed with him in March 1995. During the summer of that year the group toured record labels in London and Los Angeles with Fuller and finally signed a deal with Virgin Records in September 1995. From this point on, up to the summer of 1996, the group continued to write and record tracks for their debut album while extensively touring the west coast of the United States, where they had signed a publishing deal with Windswept Pacific. On 8 July 1996, the Spice Girls released their debut single "Wannabe" in the United Kingdom. In the weeks leading up to the release, the video for "Wannabe", got a trial airing on The Box music channel. The song proved to be a global hit, reaching number 1 in 35 countries. and becoming the biggest-selling single by an all-female group of all time. It was followed by nine further number-one singles from their albums Spice, Spiceworld and Forever. Each member of the group received a nickname from the media. Bunton was named "Baby Spice". Other successful releases followed, including "Say You'll Be There" and "2 Become 1" from Spice, and "Spice Up Your Life", "Too Much" and "Viva Forever" from Spiceworld. In 1999, she presented Emma on VH1. She recorded "(Hey You) Free Up Your Mind" for the film Pokémon: The First Movie. In 2000, after the release of their third album, Forever, which charted at number two in the UK, the Spice Girls stopped recording, concentrating on their solo careers in regards to their foreseeable Future.

In 1999 Bunton moved to a £1.6million penthouse in the Mount Vernon Village, in Hampstead, London. In 2003 she had some problems with neighbours, who complained about her late-night parties. In 2006 she and Jones moved to a mansion in Barnet, London. Bunton was diagnosed with endometriosis. Bunton is also a godmother to Geri Halliwell's daughter Bluebell Madonna Halliwell, born in 2006.

Bunton's debut solo album, A Girl Like Me, released in the United Kingdom on 16 April 2001 by Virgin Records. The album debuted and peaked at number four on the UK Albums Chart, with 21,500 copies sold in its first week. Although initial success was promising, A Girl Like Me fell down the chart quickly. However, singles "What Took You So Long?", "Take My Breath Away", and "We're Not Gonna Sleep Tonight" helped the album stay on the UK Albums Chart for several weeks. On 7 September 2001, A Girl Like Me was certified gold by the British Phonographic Industry for sales in excess of 100,000 copies, ultimately becoming the 147th best-selling album in the UK for 2001. The album brought the UK number-one "What Took You So Long?" as well as top five hits "What I Am" (a cover of a 1988 song by Edie Brickell & New Bohemians) and "Take My Breath Away" and the top 20 hit "We're Not Gonna Sleep Tonight". The album sold 125,000 copies in the UK. The poor sales led to Bunton losing her contract with Virgin in 2002. Bunton performed at Party at the Palace, an event that was held at Buckingham Palace Garden on 3 June 2002 in commemoration of the Golden Jubilee of Elizabeth II. Her solo performances at the event were a cover of The Supremes' 1964 hit "Baby Love" and her own "What Took You So Long?".

Bunton's second album, Free Me, was released in 2003 through 19 Entertainment/Universal Records. The album was largely produced by Mike Peden and Yak Bondy. Other contributions on the album courtesy of Cathy Dennis, Henry Binns and Puerto Rican singer Luis Fonsi. It spent over twelve weeks inside the UK Albums Chart, peaking at number seven and selling over 141,712 copies, earning gold award status. The album was widely acclaimed by critics as being the "one of best solo Spice records ever" due to its catchy and fun use of sounds from the Motown and the 1960s era. The lead single, "Free Me", sold well in the UK, peaking at number five on the UK Singles Chart. "Maybe" was released as the second single in the autumn of 2003, and also gained extensive airplay throughout the UK, peaking at number six, one position lower than its predecessor. In the spring of 2004, the album and its third single, "I'll Be There", were released. The single, like its two predecessors, performed well on the charts, peaking at number seven. Later in the year, the fourth single, "Crickets Sing for Anamaria", was released. Despite its harder beat and grittier sound, by now the impact of Free Me was beginning to wear off, and the song only came in at number 15 on the UK Singles Chart, totalling 25,000 copies, and becoming Bunton's lowest-selling single. In the United States, both "Free Me" and "Maybe" were dance club regulars, reaching numbers four and six on the US Billboard Hot Dance Club Play respectively. In 2005, Bunton appeared in the Bollywood films Chocolate: Deep Dark Secrets.

Bunton's second album, Free Me, was released in 2004 through 19 Entertainment/Universal Records. Four singles were taken from it: "Free Me", "Maybe", "I'll Be There" and "Crickets Sing for Anamaria".

In October 2006, Bunton was a contestant in the BBC programme Strictly Come Dancing, partnered by Darren Bennett. She finished third place in the semi-final. On 13 November 2006, Bunton released the charity single for the BBC Children in Need appeal, recording Petula Clark's 1960s song "Downtown". It reached No. 3 on the UK Singles Chart and was followed by her third studio album, Life in Mono. Life in Mono, much like her previous album, Free Me, experimented with elements of 1960s pop music. For this particular album the musical arrangement was more directed towards the 1960s French pop music, with some elements of British 1960s pop and Motown. The album was Bunton's first not to reach the top ten in the UK, only reaching No. 65 on the albums chart. The second single from it was "All I Need to Know", on 12 February 2007, intended for Valentine's Day. Bunton shot the video around Old Street in East London, in the week before Christmas 2006. Entering the UK Singles Chart at 60, second single "All I Need to Know" became the lowest-charting single of Bunton's solo career. Due to Bunton's pregnancy all forms of promotion were cancelled after a few months.

In 1997, Bunton dated British singer Lee Brennan. In 1998, she began dating British singer Jade Jones, but they split for the first time in May 1999. From September 1999 to September 2000, Bunton was in a relationship with the England footballer Rio Ferdinand, who was introduced by her friends David and Victoria Beckham. In November 2000 she returned with Jones, but they split for the second time in March 2002, when Bunton decided to work again with Simon Fuller, displeasing her boyfriend. In 2003, she briefly dated American singer Justin Timberlake. In 2004, she returned with Jones and they stabilised. On 26 January 2007, she announced her pregnancy. Her first child, Beau Lee Jones, was born in 10 August 2007. Bunton became engaged to Jones on 23 January 2011. She also announced her second pregnancy and, in 6 May 2011, was born Tate Lee Jones. Emma doesn't want to get married in a civil or religious ceremony and believes that her relationship is steady: "We don't need a wedding to justify our relationship".

In February, and again between May and June 2009, Bunton starred as guest presenter on Heart London's Heart Breakfast alongside Jamie Theakston and Harriet Scott. Bunton began hosting her own pre-recorded Saturday drive time radio show on Heart in the Saturday afternoon slot 4–7 pm starting on Saturday 13 June 2009. Bunton provided maternity leave cover for Heart Breakfast co-presenter Harriet Scott from 3 October until 23 December 2011 on Heart London. Following Harriet Scott's departure from Heart Breakfast in November 2012, it was announced Bunton would succeed her as co-host along with Jamie Theakston from 7 January 2013. In March 2017, Bunton won the awards for "Radio Presenter of the Year" and "Digital Radio Programme" at the annual Television and Radio Industries Club (TRIC) Awards for her work on Heart London. In January 2018, Emma was offered a new Sunday night show that runs between 7 and 10. The first show aired on 14 January.

Bunton's television appearances include being a judge on the ITV Celebrity skating show Dancing on Ice (2010–11) and entertainment series Your Face Sounds Familiar (2013). In addition, she gives her voice to Muhimu in the UK version of Disney Junior’s television series The Lion Guard.

In 2011, Bunton teamed up with British retailer Argos to launch a series of childrenswear lines.

In April 2015 Bunton has teamed up with Specsavers in Bishop's Stortford to launch a contest, where each entry would generate £1 to anti-bullying charity Kidscape to help vulnerable children. In October, she helped in the fundraising for Global’s Make Some Noise Day. In December Bunton joined in the fight against bullying with the BeatBullying. In 2016 was one of the presenters of Attitude Awards, supporting the LGBT cause.

Emma Lee Bunton was born in Finchley, north London. Her parents, Pauline, a karate instructor, and Trevor Bunton, a milkman, split up when she was 11, after which she stayed with her mother. She has a younger brother, Paul James. As stated in an interview with Eammon Holmes & Ruth Langsford on This Morning during August 2016, Bunton's maternal family originate in County Wexford, Ireland. Bunton went to St. Theresa's Roman Catholic Primary School in Finchley. Bunton appeared briefly in the BBC soap opera EastEnders in 1992 as a mugger. In 1993, Bunton appeared in the ITV police drama, The Bill, and also made a brief appearance as a prostitute in the BBC drama series To Play the King. Bunton also appeared in a public information film for the British government concerning fire safety.

In 2017, she appears as jury in the tv show Boy Band alongside Nick Carter, Rita Ora and Timbaland.