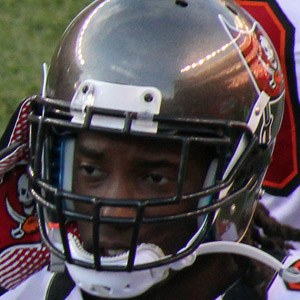 Cornerback who made his NFL debut in 2009 for the Tampa Bay Buccaneers; joined the Washington Redskins in 2013.

He was the Dade County Player of the Year while playing cornerback and quarterback at North Miami Beach High School; he then played college football at Western Michigan.

In his first NFL game he intercepted a pass thrown by Cleveland Browns' quarterback .

He was born in Miami, Florida, not too far from where he made his NFL debut.

In 2013 he signed with the Washington Redskins where he joined a secondary that featured Deangelo Hall.