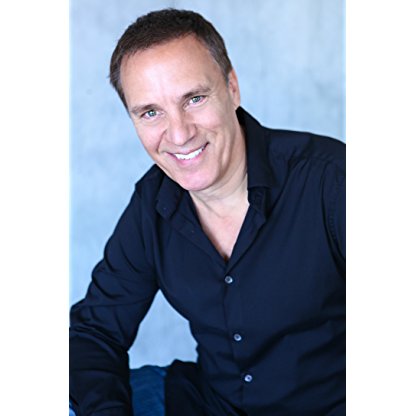 Craig Shoemaker was born on November 15, 1958 in  Philadelphia, Pennsylvania, United States, is Actor, Writer, Producer. He's been on Broadway, performed for four US Presidents, and has had recurring roles on network TV, solo comedy specials, hosted/produced reality television, a WGA scribe of film and sitcoms, award winning producer, a best selling author... but who IS Craig Shoemaker?Craig began his showbiz career in his hometown of Philadelphia, doubling as a bartender and comedy emcee, while;e putting himself through Temple University, before taking his talents to Tinsel Town in 1988. His first Hollywood break was playing a role (twice) as an entertainment reporter on ABC's 'Matlock,' where he worked alongside childhood idols, 'Andy Griffith' and Don Knotts. Craig then had the opportunity to guest star opposite fellow Philadelphian Will Smith as a ghost boxer in a special episode of 'Fresh Price of Bel Air'.This was only the beginning of what was followed by several successful TV stand-up specials and numerous co-starring roles in feature films and TV. Now Dr. Shoe even has a doctorate degree from Cal U of PA, and his best selling book, 'LoveMaster'd' is critically acclaimed by the likes of Whoopi Goldberg and Dr. Drew Pinsky, helping readers worldwide to manage and transform through personal difficulties.Craig's latest 90 minute stand-up special 'Daditude' in which he also served as Executive Producer, aired prime time on Showtime. 'Shoemaker is insightful and amusing... we are moved beyond laughter to tears,' says the Los Angeles Times. His very first Comedy Central show was voted by viewers as one of the 'Top 20' specials of all time. His second 'Unzipped' aired to mass acclaim and the audio CD was Billboard Top 20 for six weeks. In summer of 2015, he produced and starred in the #1 album on iTunes, 'The Last Stand (Up).' Two stand-up bits made it to the all time Top 10 list on XM Radio!Voted Elevate Film Festival's 'Best Supporting Actor' Craig's film, TV and recording credits are extensive. He recurs as Wilson Gromling, the head of the local Pawnee Tea Party on NBC's 'Parks & Recreation', had a five-episode role on 'The Bold and The Beautiful', was the film professor in 'Scream 2' and just wrapped a co-starring as 'Bandit' in the movie 'Middle Man'. A prolific mimic and voiceover artist, Craig's dead-on impression of Don Knotts and narration was featured in the film 'Pleasantville' and he's voiced many characters in numerous animated series, including lead voices (and title song) for the new cartoon, 'Big Foot, Little Foot.'Craig stars in Universal's cult hit (Stony nominated), 'Totally Baked' which he also wrote and produced, along with producing the follow up Hulu hit, '420 Comedy Hour.' Currently he is producer/writer for a series of animated shorts, 'From the Crib' and a feature documentary called, 'Laughter Heals.' He produced, wrote and starred in the Indy feature, 'The LoveMaster', which won the Los Angeles Independent Film Festival. His production company produced the reality pilots, 'Staright Eye for the Whipped Guy' and 'Chicken Fried Bride' hosted by Craig as well. Hosting chops were honed on such shows as 'Real Funny' on ABC and the game show 'My Generation' on VH-1.Craig's comedy style has earned him numerous awards, including 'Best Male Standup' at the American Comedy Awards on ABC. His work as an actor/producer for Prism earned Shoemaker two NATAS Emmy awards.Doctor Shoe is passionate about going beyond the comedy, officiating weddings of 'HaHa-trimony,' as well as assisting people in mastering love and happiness. In 2003 he founded LaughterHeals.org, a nonprofit group dedicated to laughter as a healing modality.But credits schmedits. Most importantly, Craig is happily married to his wife Mika and is father to three sons, Justin, Jared and Jackson and toddler daughter Chloe. Yes, the LoveMaster has mastered love and success, but a teen friend of his son sums up this performer's career, when he nervously approached Craig and said, 'Mr. Shoemaker, it is so cool you are verified on Twitter.' #Classic
Craig Shoemaker is a member of Actor 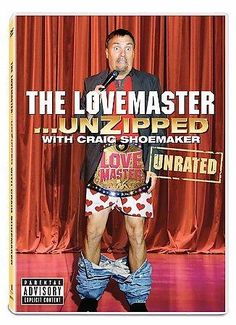 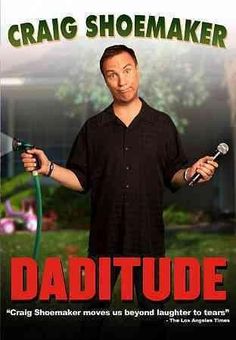 Shoemaker was married to Actress Nancy Allen in the early 1990s. He later married Actress Carolyn Ann Clark, and had two sons with her, Justin (b. 1998) and Jared (b. 2004), though they later divorced. He is currently married to Mika Shoemaker, with whom he has a son Jackson (b. 2009) and daughter Chloe (b. 2014).

Shoemaker has also had several television stand-up specials on networks such as Comedy Central and Showtime (titled "Daditude"). His signature character from his stand-up, the lecherous, deep-voiced "Lovemaster" eventually inspired a film in 1997.

In 2003, he founded LaughterHeals.org, a nonprofit group dedicated to using laughter as a healing modality. In 2014, Shoemaker published a book, Lovemaster'd: a Digital Journey to Love and Happiness, which details a long correspondence between himself and a women known only as "Leah" about their struggles with divorce and relationships.

In 2012 he received an honorary doctorate in Humanities/Humanistic Studies from California University of Pennsylvania.

His first acting role was a guest spot as an entertainment reporter on ABC’s Matlock. He later starred in a guest role on The Fresh Prince of Bel-Air, portraying the ghost of a boxer. He has since been a guest on many TV series, such as Sliders, Spin City, Diagnosis Murder, Parks & Recreation, and The Bold & The Beautiful. He has also acted in several feature films, such as Scream 2, Safe House, Pleasantville and National Lampoon's Totally Baked: A Potumentary. Most recently Craig has been writing for the hit Netflix series Fuller House.