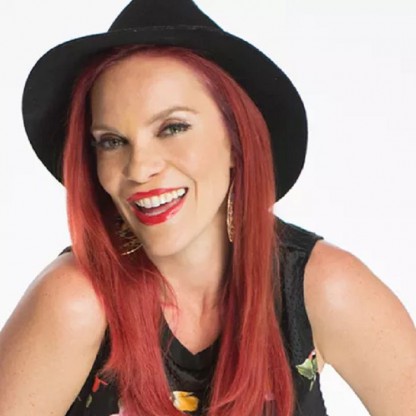 Carmit Bachar was born on September 04, 1974 in Los Angeles, California, United States, United States, is Singer. Carmit Bachar is an American singer, performer, and television personality, well known as a former member of the multi-platinum, Grammy-nominated recording group The Pussycat Dolls. She was the lead vocalist of the group along with Nicole Scherzinger and Melody Thornton. She became an international pop sensation with the group’s smashing hit singles ‘Don't Cha’, ‘Buttons’, and ‘StickWitU’. She also featured with the Dolls in several episodes of the hit reality show ‘The Pussycat Dolls Present: The Search for the Next Doll’. As a founding member of The Pussycat Dolls cabaret show, Carmit performed as a singer and dancer along with many guest stars like Pamela Anderson, Carmen Electra, Charlize Theron, Paris Hilton, and others. She also appeared with the group in several films and television shows including ‘Charlie's Angels: Full Throttle,’ ‘Las Vegas,’ ‘Jimmy Kimmel Live’, and ‘The Tonight Show with Jay Leno’. Following her exit from The Pussycat Dolls, she joined the electro/pop group LadyStation. She also performed as a professional dancer and choreographer in many shows, and toured with singer Ricky Martin as the "La Vida Loca girl." Born with a cleft lip and palate, a common birth defect, Carmit underwent many surgeries till the age 18. During her childhood and adolescent days, she was bullied for her defect, so she has always advocated that beauty isn’t just on the outside, it’s actually on the inside. Today, she is an ambassador for the Cleft Lip and Palate Association.
Carmit Bachar is a member of Singers 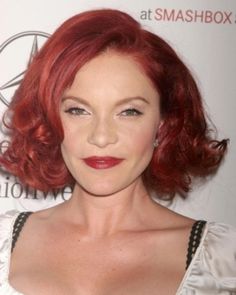 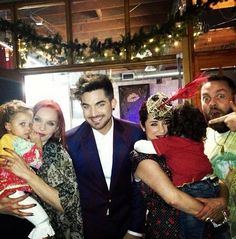 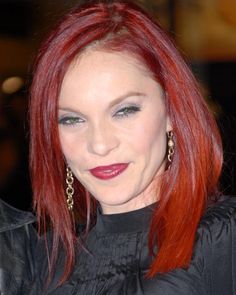 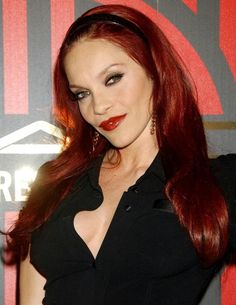 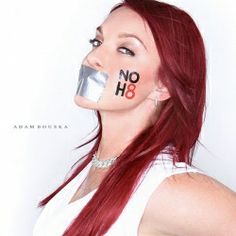 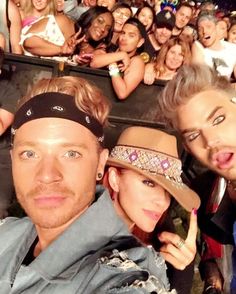 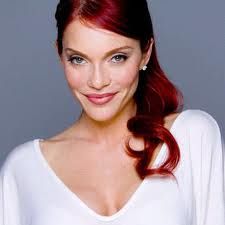 Bachar was born in Los Angeles, her father is of Jewish Israeli descent and her mother is of Indonesian, Dutch and Chinese descent. She was born with a cleft lip and cleft palate. She was raised in Encino, California. Both parents were dancers; her mother worked as a dance Teacher at Bancroft Middle School of Performing Arts and her father worked with Elvis Presley and Marcel Marceau. Bachar competed internationally as a rhythmic Gymnast for 10 years, and placed 5th in the U.S. Olympic trials in 1992. During her career competing on the U.S. National Team, she attended Hamilton Academy of Music in Los Angeles, studying music, dance, piano and viola.

Carmit was a member of the Pussycat Dolls longer than any other performer being that she started in 1995 with the Burlesque show and left in 2008 after seven years with the recording group. She was also the first doll to be signed into the recording group in 2001. Most of the then members, including lead singer Nicole Scherzinger and back-up singer Melody Thornton, were cast by co-founder Robin Antin in 2002 and 2003, when the group was being transformed into pop recording artists.

In 1997, Bachar was credited as a Dancer in the Nickelodeon Movies film, Good Burger.

As a freelance Dancer she has toured or appeared live with several rock/pop acts. In 1999 and 2000, she was the "Livin' La Vida Loca" woman in Ricky Martin's world tour. In 2003 No Doubt's world tour, and appears on stage with Gwen Stefani during "Bathwater" in No Doubt's DVD Rock Steady Live. In 2001, she was a Dancer for Aaliyah's music video "Rock the Boat". In 2004 she was a back-up Dancer for Janet Jackson during the infamous Super Bowl half-time show. In 2004, she was a Dancer for Beyoncé's tours and appears on Her 2004 DVD Live at Wembley. She appeared in more than 21 music videos including Macy Gray's "Sexual Revolution", Jennifer Lopez's "Ain't It Funny", Wyclef Jean's "Perfect Gentleman", the Black Eyed Peas's "Shut Up", Michael Jackson's "Blood On The Dance Floor", Aaliyah's "Rock the Boat", the Offspring's "Why Don't You Get a Job?", and also Beyoncé's "Crazy in Love" and "Baby Boy".

In 2001 in Los Angeles, Bachar, Lee Cherry, Scarlett Cherry and others started an 'underground' nightclub called Freedom. This became the occasional "multi-genre cabaret" which was first held at the Hollywood Athletic Club, then The Key Club. As of 2006, Bachar is still co-producing the event, which is now called The Zodiac Show. In August 2008 it was reported that Bachar will be doing another Zodiac Show, which she described as "a rock 'n' roll version of Cirque Du Soleil". The 2008 show was a success and The Zodiac Show may tour outside of the US.

Bachar has appeared in several films, including 13 Going on 30, Along Came Polly, The Scorpion King and 2003's Charlie's Angels: Full Throttle featuring the Pussycat Dolls.

In 2006 and 2007, she toured with the Dolls in support of their multi-million selling album PCD. She was one of the three lead vocalists in the group, and had lead parts in the songs "Beep", "Buttons", "I Don't Need a Man", "Hot Stuff (I Want You Back)", "Right Now" and "Tainted Love", "Fever", "Whole Lotta Love", among others.

Bachar is featured in the 2007 song "Lo-Down" by Storm Lee on his album Soulfillapopkilla. Meanwhile, she recorded background vocals for Macy Gray's album Big. She also collaborated with Vikter Duplaix on an upcoming song of his.

In an interview with E! from March 2008, she mentioned that she wants to release a solo album in the Future. In another interview with Savvy.com she said she worked with Macy Gray and that her album will be released in 2009. In June 2008, a song called "Carmasutra" appeared on Bachar's MySpace. She confirmed in her blog that it's an older demo song. In December 2008, an unfinished version of "Overrated" was leaked. In June 2009, she performed a new song called "Fierce" in nightclubs. It was produced by Jared Lee Gosselin, and written by Carmit Bachar, Kay Cola and Che'Nelle. Other producers she worked with are among others Justin Michael, Phillipe Bianco, Leo Mellace and Steve Catizone. Bachar's album was set to be released in early or mid-2010.

In the September 2009 issue of Kee Magazine, Bachar revealed that her album will be titled "Formerly Of...".

On 18. March 2010, Rapper Detroit Diamond released an EP which featured a track with Bachar titled "Something 'Bout You", as well as her solo songs "Fierce" and "Cream". The EP, produced by Jared Lee Gosselin, is available on HMV.com.hk and also on iTunes and Amazon as digital download. A music video for the song "Keep On Smiling" will be released in 2012.

With the LadyStation she released their debut song "Body In Motion" in 2011. In July 2012, the duo released a single "Motivation" with DJ Paul Thomas.

On 2017, February 24th. Bachar release her first official single "It's Time" under her stage name "Carmit" (not including her last name.)

Bachar is an ambassador of "Operation Smile", a worldwide children’s medical charity that helps improve the health and lives of children and young adults born with facial deformities. In November 2007, she participated in an Operation Smile international medical mission in Bolivia, where she and her team organized creative stations for the kids like face and body painting, bookmaking, music and dance.