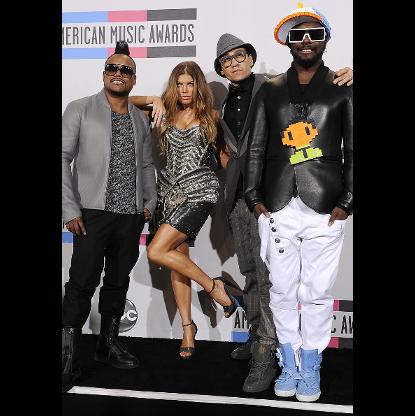 Black Eyed Peas was born. Their Super Bowl set may have earned them critical scorn but the Peas don't care. The business-friendly rockers grossed $68 million on 62 shows around the world over the past 12 months and added to their coffers with lucrative endorsement deals with Samsung, Pepsi, Honda, Verizon, Chase and others.

The Black Eyed Peas date back to 1988, when eighth-graders william Adams (will.i.am) and Allan Pineda (apl.de.ap) met and began rapping and performing together around Los Angeles. The pair signed to Ruthless Records (run by Eazy-E) in 1992, catching the attention of Eazy-E manager Jerry Heller's nephew. Along with another friend of theirs, Dante Santiago, they called their trio Atban Klann (ATBAN: A Tribe Beyond a Nation). Will 1X (aka will.i.am), apl.de.ap, Mookie Mook, DJ Motiv8 (aka Monroe Walker), and Dante Santiago formed Atban Klann. Their debut album, Grass Roots, was never released due to Ruthless Records founder Eazy-E's death.

After Eazy-E died in 1995, Atban Klann reformed and changed their name to Black Eyed Pods, and then Black Eyed Peas. Dante Santiago was replaced with Jaime Gomez (Taboo), and Kim Hill became a steady background singer. Unlike the "gangsta rap" sounds of Los Angeles-based hip hop acts at the time, the trio performed with a live band and adopted a conscious musical and appearance style. After being signed to Interscope Records and releasing their debut, Behind the Front (1998) the group (and their accompanying live band) earned critical acclaim. One of the singles from the album was "Joints & Jam", and was featured on the Bulworth Soundtrack. Singer Sierra Swan joined in 1998, appearing on the 1998 song "Fallin' Up", before she left in 2000. Their second album, Bridging the Gap (2000), produced the singles "Weekends" featuring Esthero and "Request + Line" featuring R&B singer Macy Gray. Hill left the band while producing the album, but was still featured on the album tracks for "Hot" and "Tell Your Mama Come" as well as in the video for "Weekends".

Their third album Elephunk began development on November 2, 2001, but was not released until 2003. It was the first album to feature the vocals of current member Fergie. Nicole Scherzinger was originally approached to join the Peas, but was forced to decline because she was a member of Eden's Crush and was under contract. Fergie joined the group in 2002, introduced to will.i.am by Dante Santiago. Elephunk is also the first album that indicated and demonstrated the new, polished pop sound designed to attract mass audiences. In a positive review of the Black Eyed Peas' new-found style, Rolling Stone noted that since 2002, when the group "hired a blond bombshell named Stacy 'Fergie' Ferguson and gave up their pursuit of backpack-rapper cred, they have made a kind of spiritual practice of recording Futuristic songs – a total aesthetic commitment that extends from their garish wardrobes to their United Colors of Benetton worldview."

From Elephunk came "Where Is the Love?", which became the Black Eyed Peas' first major hit, peaking at No.8 on the U.S. Hot 100, but topping the charts in several other countries, including seven weeks at No.1 in the United Kingdom, where it became the biggest-selling single of 2003. The single had similar results in Australia, staying at No.1 for six weeks. In an interview with TalkofFame.com, Taboo shared that Justin Timberlake's split with Britney Spears impacted the recording of "Where Is The Love?". The album subsequently spawned "Shut Up", which peaked at No.2 in the UK and topped the charts in many success and went Gold and Platinum in the U.S., UK, Germany, and other European markets. The third single from the album, although significantly restyled from the original Elephunk version, "Hey Mama" hit the top 5 in Australia and the top 10 in the UK, Germany and other European countries and reached No.23 in the U.S. The song received even more exposure in 2003 when it was featured in the first "silhouette" television commercial for the iPod. Their fourth single from the album was titled "Let's Get It Started". Let's Get It Started" won a 2005 Grammy for Best Rap Performance by a Duo or Group and also received two nominations for Record of the Year and Best Rap Song. In 2004, the Black Eyed Peas embarked on the Elephunk Tour, hitting many countries in Europe, Africa, and Asia.

In 2007, the Black Eyed Peas embarked on the Black Blue & You World Tour, visiting more than 20 countries, including Macau, Sweden, Poland, Romania, Hungary, South Africa, South Korea, Malaysia, India, Indonesia, Israel, Singapore, China, Russia, Kazakhstan, Australia, Nigeria, Mexico, Thailand, Venezuela, Guatemala, Nicaragua, Costa Rica, Argentina, Philippines, El Salvador and Brazil. This tour was presented by Pepsi, in conjunction with the new "Pepsi More" advertising campaign, featuring the Black Eyed Peas. They recorded the song "More" for the new Pepsi spot. On December 31, 2006, the Black Eyed Peas performed at the last stop on the Monkey Business tour, at Ipanema Beach in Rio de Janeiro, Brazil for more than 1 million people, being their biggest concert ever. The Black Eyed Peas performed at the UK leg of Live Earth on July 7, 2007 at Wembley Stadium, London. will.i.am performed a new song, "Help Us Out", at the event, which is now on his album, Songs About Girls, as "S.O.S. (Mother Nature)". They headlined the main Ocean Stage at the Summer Sonic Festival in Tokyo, Japan on August 11, and Osaka, Japan on August 12, 2007. The act consisted of the group performing their hits, as well as Fergie singing solo tracks from The Dutchess. will.i.am again sang songs from his upcoming album. Already having produced the bulk of the Peas' albums, will.i.am has begun his solo career in earnest by producing and collaborating with a variety of Musicians, most notably Michael Jackson and also including U2, Sérgio Mendes, Carlos Santana, Too Short, Kelis, Cheryl Cole, SMAP, John Legend, Nelly Furtado, Justin Timberlake, Nas and Bone Thugs and Harmony.

On September 8, 2009, the group performed live for Oprah Winfrey's 24th Season Kickoff Party, on Michigan Avenue in Chicago. An estimated 21,000 Dancers in the streets performed a flash mob to the live performance of "I Gotta Feeling". The group performed at the American Music Awards of 2009 with the songs "Meet Me Halfway" and "Boom Boom Pow". They also won 2 out of 3 categories in which they were nominated; Favorite Rock/Pop Group & Favorite R&B/Soul Group.

On March 30, 2010, the Black Eyed Peas were the first group to broadcast a concert live in 3D. In June 2010, the Black Eyed Peas performed "Where is the Love?", "Pump It", "Meet me Halfway", "Boom Boom Pow", and "I Gotta Feeling" at the 2010 FIFA World Cup Kick-Off Celebration concert in South Africa. The concert had over 700 million viewers worldwide, making it the biggest event the group performed in. They also performed at T in the Park 2010 on the NME Stage on the Friday July 9 and Oxegen in Kildare, Ireland on Saturday July 10 on the Vodafone stage. In July 2010, the Black Eyed Peas performed "Boom Boom Pow", "Rock That Body" and "I Gotta Feeling" in Central Park as part of Good Morning America's free summer concert series. In December 2010 they appeared on the seventh series of The X Factor in the UK performing "The Time (Dirty Bit)". On April 2, the group appeared on the 24th Annual Nickelodeon Kids' Choice Awards.

In June 2011 Ubisoft announced they were developing The Black Eyed Peas Experience, a dance video game for Kinect and Wii. On November 11, 2011, the video game was released internationally in association with Ubisoft.

During an interview with NRJ, will.i.am in talking about his solo album also confirmed that the Black Eyed Peas would start recording sessions for their seventh studio album in 2015. In an interview on Capital Breakfast, will.i.am said that the Peas will reform in 2015 for their 20th anniversary. The Peas premiered a new song titled "Awesome" that was included in commercials for the 2015 NBA playoffs. The song did not include Fergie, with people questioning if she would be a part of the upcoming album. On the 20th anniversary of their debut, the Peas premiered a new song titled "Yesterday" through Apple Music, though the song also does not feature Fergie.

On August 31, 2016, the Black Eyed Peas' remake of their song, Where Is the Love? , #WHERESTHELOVE was released and will.i.am told in an interview that all proceeds raised from the song will go to his "i.am.angel foundation", which funds educational programs and college scholarships in the United States.

On June 2, 2017, a Billboard article rumored that Fergie was departing from the band. will.i.am dismissed this, but they did announce that she was taking a break from the group to work on her sophomore solo album Double Dutchess while the remaining members were working on the graphic novel Masters of the Sun.

On January 9, 2018, Black Eyed Peas released their first single in seven years, without Fergie, titled "Street Livin'". On February 18, 2018, will.i.am confirmed Fergie's departure from the band, in an interview with the Daily Star. 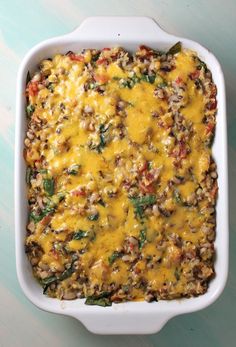 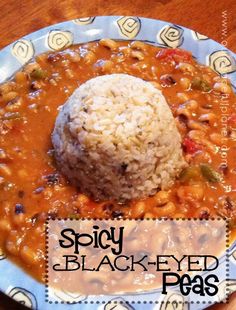 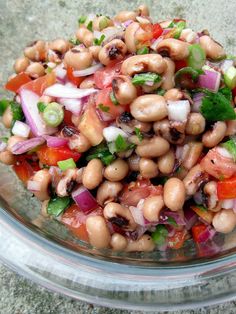