Binny Bansal was born in India. Former Amazon executive, Binny Bansal, teamed up with pal Sachin Bansal, also a billionaire, in 2007 to found Flipkart as an online seller of books. The duo, who share the same surname but are not related, pooled $6,000 of their combined savings and started operating out of their apartment. Now India's top internet retailer and often touted as the country's Alibaba, Flipkart has attracted $1.9 billion from investors such Tiger Global Management, Qatar Investment Authority and Naspers. It boasts 30 million products, 46 million registered users and 8 million shipments a month. An avid reader, Binny took over as chief executive from Sachin in January.
Binny Bansal is a member of Technology 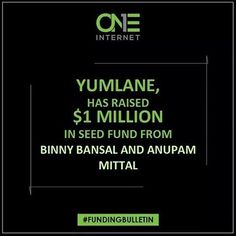 Before co-founding Flipkart, Binny was previously employed with Amazon for 9 months before that he was rejected by Google twice. Binny Bansal and his Business partner Sachin Bansal initially thought of starting a comparison search engine, but realized that the market for E-commerce in India was very small. Hence, after leaving Amazon in 2007, they founded Flipkart as an e-commerce company. Before joining Amazon, Binny worked with Sarnoff Corporation for 1.5 years, where he developed a lane sensor device for cars which would warn you and beep automatically if you change lanes without giving a signal.