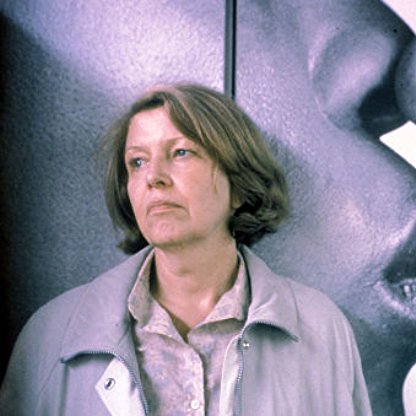 Anne Reid was born on May 28, 1935 in  Newcastle Upon Tyne, England, United Kingdom, is Actress, Soundtrack. After several small roles in the classic 1950s British TV shows 'The Adventures of Robin Hood' and 'Hancock's Half Hour' she found fame as Ken Barlow's wife Valerie in the #1 UK TV show 'Coronation Street' she remained with the show for a decade before leaving to give birth and bring up her son. Her character was accidentally electrocuted while trying to plug in a hairdryer.She continued in steady work and in the late 1980's became one of the regulars used by 'Victoria Wood' in her TV shows. This bore fruit in the role of Jean in the hit sitcom 'dinnerladies' (1998 - 2000).Her most critically acclaimed role came in 2003 when she took the lead in the film 'The Mother' about a woman who has an affair with her daughter's partner. The role of May saw her earn a BAFTA film nomination for Best Actress.
Anne Reid is a member of Actress 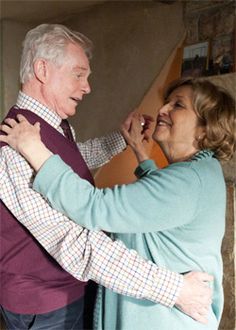 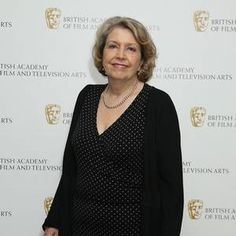 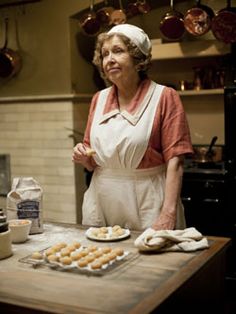 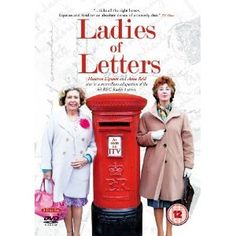 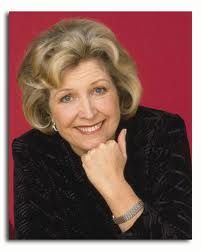 I was a basket case when I left! I'd already had too much of it. That kind of work suits some people, but it didn't suit me. It was my decision to leave and I was desperate, really desperate, to go. Because I knew I was good at comedy and there was no way that Valerie Barlow was ever going to be funny.

Reid was born in Newcastle upon Tyne, the daughter of Colin Norman Reid (1896-1979) and Annie Eliza Weetman/Reid (1896-c.1980). She lived with her parents and three older brothers in Redcar where she attended John Emmerson Batty primary school and the White House School. From the age of 11 she attended Penrhos College, a boarding school in North Wales, when her father was posted abroad as a foreign correspondent for the Daily Telegraph: she visited her parents occasionally in India, Tehran and Beirut in the school holidays. Upon leaving school she moved to London to attend the Royal Academy of Dramatic Art. She then became a stage manager and worked in repertory theatre.

Although she had already appeared in other television programmes including The Benny Hill Show (1957), Hancock's Half Hour (1957) and The Adventures of Robin Hood (1958), Reid's first major acting role was as the character of Valerie Tatlock (later Barlow) on Coronation Street. Her character was very popular with the fans with Valerie's marriage to Ken Barlow being an early Example of a soap supercouple. Her character Valerie was the mother of the twins Susan and Peter. Reid joined the cast, initially for two months, starting in August 1961 and leaving in October. She returned to the programme to marry Ken on 1 August 1962 in a wedding watched by 15.8 million viewers. In 1965 Val and Ken had twins and Granada Television received numerous gifts addressed to the couple as congratulations.

In 1968, Reid played one of the most difficult parts in Coronation Street, when Val was held hostage by a rapist. Although Val was not harmed, viewers sent in hate mail to the actor who played the rapist. In November 1970, Reid announced she was leaving Coronation Street. In a 2011 interview with the Radio Times, Reid said she had had enough and wanted to do other things.

On 27 January 1971, 18.26 million viewers watched as Valerie Barlow was written out, dying after being electrocuted by a hairdryer with a faulty plug. On 3 February 1971, the character's funeral was shown and 18.92 million people watched.

Following a break from acting to bring up her son, Reid resumed her career on stage and television in the 1980s. From 1998 to 2000, Reid played the major role of Jean in the BBC comedy series Dinnerladies by Victoria Wood, and has appeared in other television programmes including Boon (1988), Casualty (1992) and Hetty Wainthropp Investigates (1996). She also made an appearance in the Doctor Who serial The Curse of Fenric which was broadcast in October 1989.

Reid's was the voice of Wendolene Ramsbottom in the Wallace and Gromit film A Close Shave (1995). Her other film appearances include: Love and Death on Long Island (1997); The Mother (2003), for which her performance secured her a nomination for the BAFTA Award for Best Actress in a Leading Role in 2004; Hot Fuzz (2007); Cemetery Junction (2010), which Ricky Gervais acted in, as well as wrote and directed with Stephen Merchant; and Song for Marion (2013), with co-stars Vanessa Redgrave and Terence Stamp.

In 2002 Reid appeared in the premiere of The York Realist at the Royal Court Theatre, which later transferred to the West End.

Additionally, Reid filmed a minor role as a lesbian headmistress in the movie Love Actually (2003), but Reid is not credited in the cast list since all her scenes were ultimately deleted, because they were not central to the main plot. The scenes can, however, be viewed in the deleted scenes on the Love Actually DVD.

From September 2005 to January 2006, she appeared on stage in the West End in Epitaph for George Dillon.

In June 2007, Reid played the role of Jack's mother in Stephen Sondheim's Into the Woods, at the Royal Opera House in Covent Garden.

From January to May 2008, Reid appeared in the National Theatre's production of Happy Now?, a new play by Lucinda Coxon.

From March to May 2009, Reid appeared at the Donmar Warehouse in Dimetos, a 1975 play by Athol Fugard.

In 2010 she began playing Mrs Thackeray, the cook, in the BBC's short-lived revival series of Upstairs Downstairs, and also appeared in Five Days, New Tricks and Moving On. In 2011 Reid had a major part in Marchlands, a five-part ITV supernatural drama, made a guest appearance in Doc Martin and played a supporting role in The Jury II.

From September to November 2012, Reid appeared at London's Old Vic, in a production of Ibsen's Hedda Gabler, starring Sheridan Smith.

In 2013 she appeared in the second series of the BBC drama Prisoners' Wives. She also starred with Katherine Kelly in The Last Witch, part of a series of original dramas for Sky Living and appeared in the final Agatha Christie's Poirot mystery, Curtain.

In 2014, she guest-starred in "Sardines", the first episode of BBC anthology series Inside No. 9. She also starred alongside Lee Ingleby and Ralf Little in the six-part BBC drama series Our Zoo.

On 26 January 2015, Reid played Madame Armfeldt in a special concert version of A Little Night Music, at the Palace Theatre, to celebrate 40 years since the musical premiered in the West End.

In July and August 2016, Reid appeared at the Minerva Theatre, Chichester alongside James Bolam in a new play, Fracked! Or: Please Don't Use the F-Word by Alistair Beaton. The play was revived for a national tour in April and May 2017.

From October to December 2017, Reid returned to the West End opposite Eve Best in Oscar Wilde's A Woman of No Importance at the Vaudeville Theatre.

In 2018 she starred alongside Alison Steadman and John Cleese in a new BBC comedy series, Hold the Sunset.