Ankhesenamun was born on 1348 in Thebes (Luxor, Luxor Governorate, Egypt), Egyptian, is Ancient Egyptian Queen. Almost everyone who has even a little bit of interest in the history of ancient Egyptian must have heard of Tutankhamun, a famous boy king, but not much has been written or said about his sister and wife, Ankhesenamun. She was just 13 when she got married to Tut, while he himself was merely a 10-year-old boy. Ankhesenamun was married off to almost four pharaoh rulers in her lifetime, and most of them were her close family members. It was a very common ritual in ancient Egypt to practice incest in the royal family as they thought that they had descended from the gods, and it was their way to keep their bloodline pure. Most of the details about her life come from paintings and relics on the walls, and once Tutankhamun died at the age of 18, Ankhesenamun almost disappeared from history. But historians claim that she was married off to Ay, who sat on the throne of Egyptian after Tut. The tomb of Tut showed him lying with two children, which are said to be a result of communion between him and Ankhesenamun.
Ankhesenamun is a member of Historical Personalities 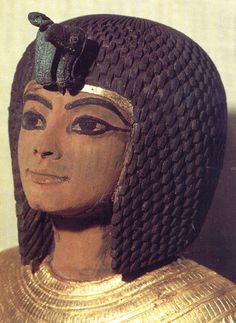 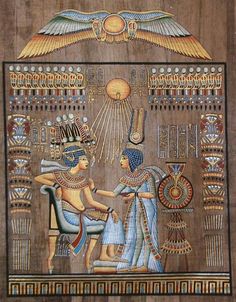 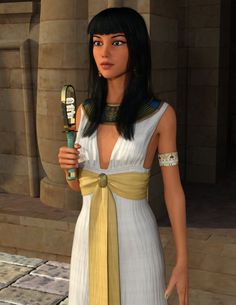 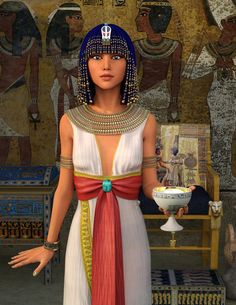 My husband has died and I have no son. They say about you that you have many sons. You might give me one of your sons to become my husband. I would not wish to take one of my subjects as a husband... I am afraid.

Nevertheless, the KV21a mummy has DNA consistent with the 18th dynasty royal line, therefore making it likely she was a member of the Thutmoside ruling house and supporting her identification with Ankhesenamun.

The identity of the queen who wrote the letter is uncertain. She is called Dakhamunzu in the Hittite annuals, a possible transliteration of the Egyptian title Tahemetnesu (The King's Wife). Possible candidates are Nefertiti, Meritaten, and Ankhesenamun. Ankhesenamun seemed once likely since there were no candidates for the throne on the death of her husband, Tutankhamun, whereas Akhenaten had at least two legitimate successors. but this was based on a 27-year reign for the last 18th pharaoh Horemheb who is now accepted to have had a shorter reign of only 14 years. This makes the deceased Egyptian king appear to be Akhenaten instead rather than Tutankhamun. The phrase regarding marriage to 'one of my subjects' (translated by some as 'servants') is possibly a reference to the Grand Vizier Ay or a secondary member of the Egyptian royal family line. Since Nefertiti was depicted as powerful as her husband in official monuments smiting Egypt's enemies, she might be the Dakhamunzu in the Amarna correspondence as Nicholas Reeves believes. Ankhesenamun may have been pressured by Ay to marry him and legitimise his claim to the throne of Egypt (which she eventually did) This also might explain why she describes herself as 'afraid', especially considering the popular (but not widely accepted) theory that Ay had a hand in her husband's death. A CT scan taken in 2005 shows that he had badly broken his leg shortly before his death, and that the leg had become infected. DNA analysis conducted in 2010 showed the presence of malaria in his system. It is believed that these two conditions, malaria and leiomyomata, combined, led to his death. However, Ankhesenamun was not as powerful as Nefertiti to be able to choose her spouse from a foreign state.

DNA testing announced in February 2010 has speculated that her mummy is one of two 18th Dynasty queens recovered from KV21 in the Valley of the Kings.

She is believed to have been born in Waset (present-day Thebes), but probably grew up in her father's new capital city of Akhetaten (present-day Amarna). The three eldest daughters – Meritaten, Meketaten, and Ankhesenpaaten – became the "Senior Princesses" and participated in many functions of the government and religion. Her birthdate is not known.