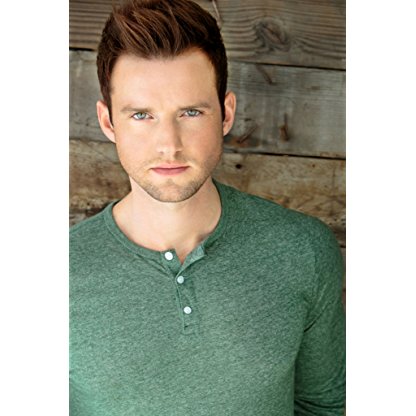 Ross won the Comics Buyer's Guide's CBG Fan Award for Favorite Painter seven years in a row, resulting in that publication's retirement of that category. Comics Buyer's Guide Senior Editor Maggie Thompson commented in regard to this in 2010, "Ross may simply be the field's Favorite Painter, period. That's despite the fact that many outstanding painters are at work in today's comic books."

After graduating, Ross took a job at an advertising agency as a storyboard Artist. Ross' first published comic book work was the 1990 five-issue miniseries, Terminator: The Burning Earth, written by Ron Fortier and published by NOW Comics. Ross created all of the art, from pencils through coloring for the series. He performed similar work on a variety of titles over the next few years. His first work for Marvel Comics was to have been printed in the science-fiction anthology series Open Space #5 but the title was cancelled with issue #4 (August 1990). Ross' story was printed in 1999 as a special supplement to Wizard's Alex Ross Special. In 1993, he completed his first painted superhero assignment, the cover of a Superman novel, Superman: Doomsday & Beyond.

During this time, Ross met Writer Kurt Busiek, and the two began submitting proposals for series that would feature paintings as their internal art. Marvel agreed to a project that would tell much of the history of the Marvel Universe from the perspective of an ordinary person. That limited series, Marvels, was released in 1994, and chronicled the life of a photojournalist, as he reacted to living in a world of superheroes and villains.

Busiek, Ross, and penciller Brent Anderson created Astro City, first published by Image Comics in 1995 and later by WildStorm Comics. The series features an original superhero world and continues the theme of Marvels, exploring how ordinary people, superheroes and villains react to a world where the fantastic is commonplace. Ross paints the covers and helps set the costumes and the general look and feel for the series, which has been published sporadically in recent years.

In 1996, Ross worked with Writer Mark Waid on the DC Comics limited series Kingdom Come, which presents a possible Future for the DC Universe, in which Superman and several other classic superheroes return from retirement to tame a generation of brutal anti-heroes. The work featured Ross' redesigned versions of many DC characters, as well as a new generation of characters. Ross co-created the original character Magog, patterning his appearance and costume on Cable and Shatterstar, two characters created by Rob Liefeld. DC Comics Writer and executive Paul Levitz observed that "Waid's deep knowledge of the heroes' pasts served them well, and Ross' unique painted art style made a powerful statement about the reality of the world they built."

In 2001, Ross won acclaim for his work on special comic books benefiting the families of those killed in the September 11, 2001 attacks, including his portraits of paramedics, police and firefighters. He has designed DC merchandise, including posters, dinner plates, and statues. In late 2001, Ross painted four covers to the December 8, 2001 TV Guide, which depicted Tom Welling, Kristin Kreuk and Michael Rosenbaum of the TV series Smallville, and Superman.

In early 2002, Ross designed the promotional poster for the 2002 Academy Awards, which depicted Oscar perched atop the First National Building. The Academy loaned Ross an actual Oscar statuette for a week for him to use as reference for the painting. Ross stated that he photographed members of his family as if they were receiving it. That same year, he was one of four artists who depicted Spider-Man on one of the covers to the April 27, 2002 issue of TV Guide as a promotional tie-in to the feature film Spider-Man.

In 2003, Pantheon Books published the coffee table book Mythology: The DC Comics Art of Alex Ross, written and designed by Chip Kidd, and featuring a foreword written by M. Night Shyamalan. In late 2005, a paperback version of the book was published to include new artwork by Ross, including sketches for his Justice mini-series. Also in 2004, Ross designed 15 paintings for the opening credits of the film Spider-Man 2. The paintings presented key elements from the first film. Ross later donated the paintings to be auctioned off on eBay to benefit the United Cancer Front.

In August 2005, Ross worked again with Writer Jim Krueger and penciller Doug Braithwaite on 12-issue, bi-monthly limited series Justice for DC Comics. The series focuses on the enemies of the Justice League of America banding together to in an effort to defeat them.

The cover of the "Savior of the Universe Edition" DVD of the 1980 film Flash Gordon, released on August 7, 2007, features a cover painted by Ross. An avid fan of the film, he starred in a featurette on the DVD where he discussed the movie, which he names as his favorite movie of all time.

In 2008, Ross embarked on projects focusing on Golden Age characters: Project Superpowers with Jim Krueger for Dynamite Entertainment. That same year, Ross wrote and illustrated Avengers/Invaders. It features Marvel characters but was published by Dynamite Entertainment. The story pits World War II versions of Captain America, Namor, and other classic war characters against the modern Avengers groups. Late 2008 saw the release of two Ross prints that were made into T-shirts: one, "Bush Sucking Democracy Dry", featuring George W. Bush as a vampire sucking the blood from Lady Liberty, and the other, "Time for a Change", featuring Barack Obama as a superhero. The latter was made into a T-shirt, with which Obama was seen posing at a public event. Ross painted the "Kollectors Edition" cover for the console game Mortal Kombat vs. DC Universe. The artwork was released on October 9, 2008, as was a video chronicling Ross' process of painting it. Ross is featured in his own segment on the Blu-ray/DVD included in the package.

Ross won the Comics Buyer's Guide's CBG Fan Award for Favorite Painter seven years in a row, resulting in that publication's retirement of that category. Comics Buyer's Guide Senior Editor Maggie Thompson commented in regard to this in 2010, "Ross may simply be the field's Favorite Painter, period. That's despite the fact that many outstanding Painters are at work in today's comic books."

Since 2011, Ross has been painting covers for several Dynamite titles such as The Green Hornet, Silver Star, Captain Victory, The Bionic Man, Lord of the Jungle, The Spider, among others.

In 2012 Ross drew promotional artwork of Ratonhnhaké:ton, the main character of the video game Assassin's Creed III, used on the cover of the April 2012 issue of Game Informer and the collectible steelbook case provided with certain editions of the game. that same year, Ross returned to interior painted art with Masks, a story in which the Shadow, the Spider, the Green Hornet, Zorro and others join forces to combat a mutual threat.

In 2013 Ross created an exclusive GameStop pre-order poster for the video game Watch Dogs, which was scheduled for debut November 19 of that year, but has since been delayed to 2014. The game is set in Ross' home of Chicago, which Ross emphasized in the image by placing the Willis Tower and the elevated train tracks in the background. 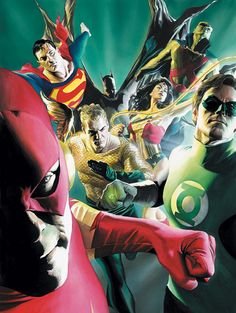 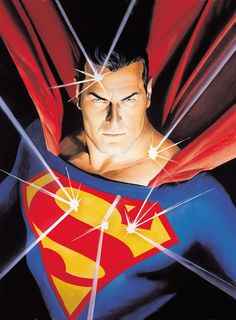