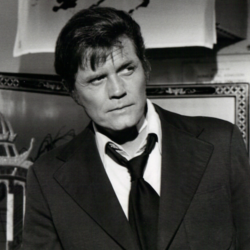 Since 2010, O'Loughlin has starred on CBS police series Hawaii 5-0. Prior to Hawaii 5-0 Alex had high profile roles on TV shows such as The Shield, and in movies like The Back-Up Plan. O'Loughlin's career in acting began as a teen in Sydney, Australia, where he appeared in bit parts on commercials and in short films. From there, he moved into more mainstream Australian television work appearing in TV shows such as Love Bytes and White Collar Blue. He eventually made it to American TV, getting the part of Detective Kevin Hiatt on the critically acclaimed FX TV show The Shield.

During this phase of his career, O'Loughlin had a brush with the legendary character James Bond, participating in an elaborate screen test for the role at the behest of director Martin Campbell. He didn't get the part, despite being fitted for a trademark 007 tuxedo for the screen test. In addition to his work on television, O'Loughlin has done great work in philanthropy. He is currently the ambassador for the charitable organization Donate Life for America. Alex O'Loughlin married Malia Jones in April 2014. They have three children, one together and one each from previous relationships.