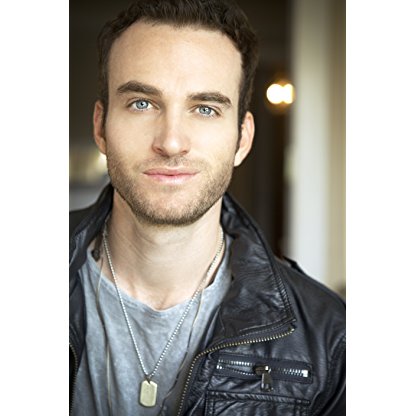 Zack Gold was born on January 20, 1975, is Actor, Writer, Director. Zack Gold was raised in San Francisco where he began acting in theatre productions with his actress mother. Upon graduating from UC Santa Barbara with a BFA in Acting, Zack moved to Los Angeles where he became immersed in working in television, film and theatre. Zack has held lead roles in over eleven feature films that have filmed in China, Iraq, New Orleans, Seattle and many at home in Hollywood.Zack has also appeared on television series The Colbert Report and had a recurring improv based role on the hit prank show Deal With It, created by Howie Mandel.In 2013 Zack was nominated by the International Academy Of Web Television for Best Comedy Actor in A Web Television Series for his leading role on the viral comedy hit series Stockholm.Zack remains active in his theatre roots working and performing with The Actors' Gang with Tim Robbins and at Upright Citizens Brigade where he works as an improv performer and sketch writer.
Zack Gold is a member of Actor 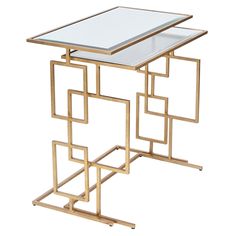 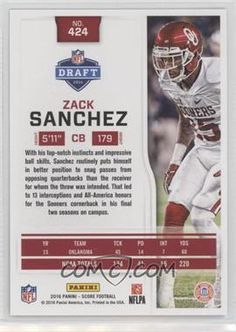 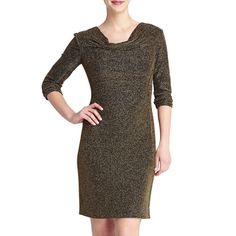 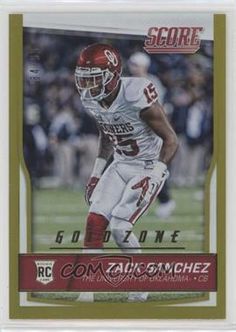 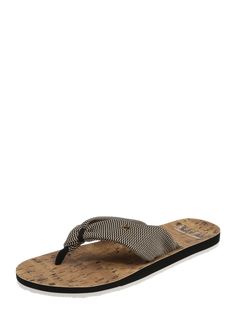 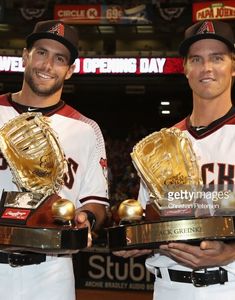 Goldsmith travelled throughout the world with the International Honours Programme (courtesy of his uncle Edward Goldsmith), including to Thailand, New Zealand, Mexico, Hungary and Italy. Goldsmith lived in California for two years, working at first for the think tank Redefining Progress from 1995 to 1996, and later as a researcher for Norberg-Hodge's International Society for Ecology and Culture (ISEC) during 1996–98. While working with ISEC, Goldsmith travelled to India, spending a short time on an ashram in Rajasthan and later lived in Ladakh for six months, studying traditional cultures and helping run a tourist education programme.

After his father's death in 1997, Zac Goldsmith is believed to have inherited between £200 and £300 million out of the reported £1.2 billion estate. Goldsmith was the second richest member of the House of Commons. He enjoys gambling, and in 2004 won £53,000 in a televised card game. He also has a financial stake in the Mayfair-based bookmakers Fitzdares.

Born in London, the son of Billionaire businessman and financier Sir James Goldsmith, he was educated at Eton College and the Cambridge Centre for Sixth-form Studies. In 1998, his uncle Edward Goldsmith made him Editor of The Ecologist, a position he retained until 2007. Goldsmith was appointed Deputy Chairman of the Conservative Quality of Life Policy Group in 2005, co-authoring its report published in 2007. Goldsmith was placed on the Conservative "A-List" of potential candidates in 2006, and then in March 2007, he was selected through an open primary to contest the constituency of Richmond Park against the incumbent Liberal Democrat MP, Susan Kramer. At the 2010 general election, he was elected to Parliament winning the seat with a majority of 4,091 votes.

Goldsmith was married for ten years to Sheherazade Ventura-Bentley with whom he has three children: two daughters, Uma Romaine and Thyra, and a son, James. The couple married on 5 June 1999. The Goldsmith couple separated in April 2009, and received a decree nisi on 10 May 2010. Sheherazade and Zac Goldsmith were featured in Vanity Fair's 67th Annual International Best-Dressed List among "Best-Dressed Couples". Goldsmith said, in 2000, that he wore Savile Row suits which had belonged to his late father. Goldsmith's divorce from Ventura-Bentley was much covered in the gossip columns.

In 1997, Goldsmith was appointed Reviews Editor of The Ecologist by his uncle Edward Goldsmith, the magazine's founding Editor, owner and publisher. In 1998, he became Editor-in-Chief and Director of The Ecologist but did not draw a salary. He relaunched The Ecologist on 28 March 2000 in a new format, transforming its academic journal-style into a current affairs-magazine format, thereby broadening its appeal and trebling its circulation. In January 2006, when assuming a post as the reviewer of Conservative environmental policies for David Cameron, who had recently become party leader, it was announced that Goldsmith was to step down as Editor.

In 2003, Goldsmith was awarded the Beacon Prize as Young Philanthropist of the Year for his contribution to environmental awareness and protection. The following year, he received the Mikhail Gorbachev-founded Green Cross International's Global Green Award for International Environmental Leadership.

His place on the roster of parliamentary candidates was announced around the time of the Conservative Party's 2005 Annual Conference, where he stated he saw no contradiction between his interest in environmental issues and being a Conservative. Around the same time, he commented in an interview on his backing of the Conservative Party, arguing the Labour Party had evolved into being shaped by big Business and big lobby groups interests and had become too authoritarian and centrist. Cameron recognised Goldsmith as a good prospective parliamentary candidate and in May 2006 placed him on an 'A-List' of young and diverse candidates whom he wanted to stand for the Conservatives in the 2010 general election.

In 2007, he opposed the opening of a superstore by supermarket chain Sainsbury's in Barnes. He spearheaded a referendum conducted by the Electoral Reform Society to poll local residents on the issue, working closely with a local campaign group. With a turnout of 61.6%, more than 4,000 residents, who made up 85% of the votes cast, came forward to oppose the construction of the store at White Hart Lane. Sainsbury's ultimately opened the branch after revising its planning application.

Goldsmith hired Lynton Crosby's company to run his campaign and appointed Mark Fulbrook as his campaign Director. Goldsmith's campaign emphasised connections between Labour candidate Sadiq Khan and newly elected socialist Labour leader Jeremy Corbyn, despite Khan's own attempts to distance himself from Corbyn. Both the Conservative campaign and several Conservative-aligned newspapers sought to tar Khan as an apologist for, or even sympathiser with, Islamic extremism. Goldsmith's campaign material referred to Khan as "radical and divisive", while comments on the Conservatives' Facebook campaign material often displayed anti-Muslim sentiment. Labour accused Goldsmith's campaign of using rhetoric that was a "dog-whistle" to Islamophobia, while the Conservatives responded that it was "utterly predictable that Labour label their opponents as racists", citing the fact that during the 2008 mayoral campaign, the party had also accused Johnson of employing racist rhetoric.

In late 2009, the press asserted that Goldsmith had non-domiciled status and that as a London resident, albeit a discretionary beneficiary, he has use of British properties through a trust set up by his late father. Goldsmith responded, in a statement about the suggestion of tax avoidance, that he has "always chosen to be tax resident in the UK" and virtually all his income was paid into British banks. Of non-dom status as a result of his late father's international status, Goldsmith added that he had already instructed his accountants to relinquish it of his own volition by early 2009.

The government department with ultimate responsibility for the Royal Parks, the Department for Culture, Media and Sport (DCMS), is looking to recover its expenditure on a programme of remedial works on the public car parks in Richmond Park through the introduction of parking fees for visitors. Goldsmith organised a rally attended by over 1,000 people, in the Royal Park on 30 January 2010 in conjunction with other local Conservatives to protest about the proposed charging.

In 2011, Goldsmith was joint winner of the inaugural BusinessGreen Politician of the Year Award with Tim Yeo MP.

On 10 June 2012, Goldsmith told the BBC's Sunday Politics programme that he would not stand as a Conservative at the next election if the party supported a third runway at Heathrow airport.

On 14 March 2013, Goldsmith married banking heiress Alice Rothschild at London Wetland Centre in his constituency. They have a daughter, Dolly Goldsmith, born in July 2013. Their second child, a son named Max, was born in January 2017. Alice's sister, Kate Rothschild and his brother Ben Goldsmith had been married until 2012.

In 2014, Goldsmith was also awarded by The Patchwork Foundation for being The Best Conservative Newcomer MP of the Year.

During his campaign, Goldsmith repeatedly spoke out against proposed expansion of Heathrow Airport. He stated that he was confident that the Cameron government would reject Heathrow expansion but that if they did not then he would resign as an MP and trigger a by-election. In July 2015, he also condemned the Airports Commission report written by the Economist Howard Davies which backed Heathrow expansion; Goldsmith claimed that Davies had already decided on his conclusion before producing the three-year study. Davies responded by alleging that Goldsmith was lying, but the latter stood by his claim, as evidence citing that information he supplied to Davies' commission was not taken seriously.

Goldsmith has been described as having a "soft voice and unhurried manner". Referring to Goldsmith's actions in the 2016 Mayoral campaign, the Journalist Dave Hill described Goldsmith as "the courtly patrician who'd hired a heavy mob to do his fighting for him".

Less than 24 hours after the 2017 Barcelona attacks, Goldsmith shared a controversial post on social media which compared ISIS's ideology to that of the left-wing British campaign group Momentum.