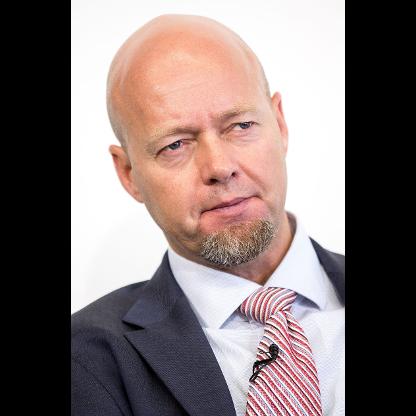 Yngve Slyngstad was born on November 03, 1962 in Norway, is CEO, Norges Bank Investment Management, NorwayCEO, Norges Bank Investment Management, Norway. The chief executive of Norway's sovereign wealth fund, by far the largest in the world, is also the most powerful global activist investor. Yngve Slyngstad has the great weight of $860 billion at his disposal and his oil fund owns about 1% of all listed global stocks. Wal-Mart, Grupo Carso, Boeing and Lockheed Martin, among others, are excluded from the fund's portfolio for violating "humanitarian principles"-- although the fund has retained holdings in Russian banks and oil companies like Gazprom despite Western sanctions.

Slyngstad was listed 5th on aiCIO's 2012 list of the 100 most influential institutional Investors worldwide. In July 2013, he was ranked 3rd on the Sovereign Wealth Fund Institute's Public Investor 100. In 2013 and 2014, Slyngstad was on the Forbes list of The World's Most Powerful People as #70 and #72, respectively.