William Heinecke was born in Bangkok, Thailand, Thailand. U.S.-born hotel magnate William Heinecke came to Thailand as a child and started his first business before he turned 18, hence naming his company Minor International. A Thai citizen since 1992, he oversees an empire of more than 150 hotels and resorts, 2,000 restaurants and 300 retail outlets spread across 32 countries. Minor's portfolio includes hotel brands such as Anantara, Four Seasons, St Regis and Portugal's Tivoli. It has franchises for such brands as Swensens, Sizzler, Dairy Queen and Burger King. An auto enthusiast, Heinecke has a collection of 36 cars and motorcycles.
William Heinecke is a member of Real Estate 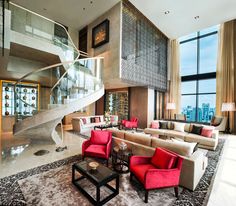 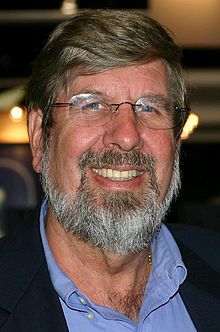 Heinecke moved to Bangkok in 1963 at age 14 with his family, having previously lived in Japan, Hong Kong and Malaysia. Heinecke's Father spent 25 years in the United States military, serving in World War II and the Korean War. When he retired, he joined the foreign Service. His mother was an Asia correspondent for Time magazine. Heinecke studied at the International School Bangkok, and persuaded the Editor of the now defunct Bangkok World to let him write a weekly column on go-carting. In return, he received advertising space alongside it.

At age 17, while still a high school student, Heinecke took over from the Bangkok World's advertising manager. One year later, he founded Inter-Asian Enterprise, to supply office cleaning services, and Inter-Asian Publicity, a radio advertising company, using US$1,200 he had borrowed. He later sold Inter-Asia Publicity to Ogilvy & Mather. In 1967, he founded Minor Holdings, which would over the next four decades would grow into The Minor Group, including more than 30 companies..

Heinecke had his first hotel venture in 1978, the Royal Garden Resort in Pattaya. His Business ventures have included advertising agencies and other hotels in Bangkok, Hua Hin, Phuket, Chiang Mai, Chiang Rai as well as outside of Thailand. He also introduced American-style fast foods to Thailand in the late 1970s and 1980s – brands like Mister Donut, The Pizza Company and Burger King. Heinecke naturalized as a Thai citizen in 1991, renouncing United States citizenship in the process. He was the President of the American Chamber of Commerce in Thailand and sat on the Prime Minister’s Foreign Investment Advisory Council. He is a supporter of the Thai Elephant Conservation Centre, and authored The Entrepreneur, which has been translated into a number of languages.