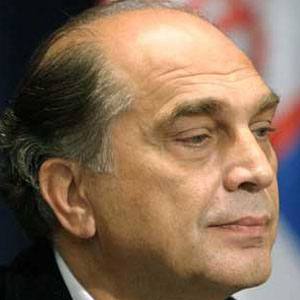 Serbian actor known for his role on the popular 1970s TV series Otpisani and Povratak otpisanih.

He became a member of the Yugoslav Drama Theatre in 1969.

He married actress Milica Mihajlovic and they had three children.

He became adviser on culture to Serbian President Boris Tadic in 2008.