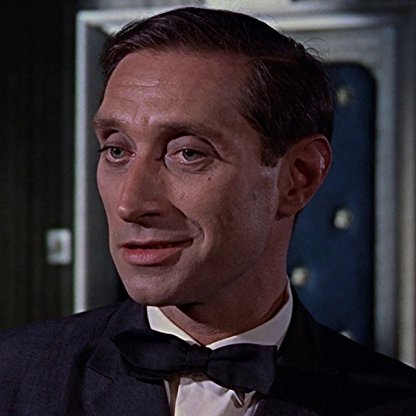 Vladek Sheybal was born on March 12, 1923 in  Zgierz, Lódzkie, Poland, Poland, is Actor, Director, Writer. Looking back at his filmography, it isn't difficult to imagine Vladek Sheybal in a scene, lobbing Molotov cocktails at advancing German troops, against a backdrop of war-torn Warsaw. However, this part of his life played out for real. A member of the Polish underground, he was twice captured and interred in concentration camps. Both times he escaped. After the war, he was undecided about whether to become a doctor or an actor. His father, a painter and professor of Fine Arts, put pressure on him to become an architect. Acting won out, of course, and Vladek spent six months at the prestigious Stanislavsky School of Acting and a further four years to complete his training at the Drama Director's School. By the time he shared a dressing room with Roman Polanski on stage at the National Theatre in Warsaw, he had become one of Poland's leading actors. He was first acclaimed on screen in Andrzej Wajda's story of the Polish Resistance during the 1944 Warsaw Uprising, Kanal (1957). Ironically, by his own admission, Vladek had 'not a drop of Polish blood' in him, his ethnic background being a mixture of Armenian, Scottish and Austrian. He spoke fluent French, Italian and German before ever learning English.Taking advantage of a scholarship to perfect his craft, Vladek went to England in the early 1960's and decided to stay. His limited command of English and a lack of connections forced him to take on a number of menial jobs. With his last ten pounds in his pocket, he went to Oxford to study English literature. As his English improved, he began to teach drama. Before long, his successful staging of a Russian play at the Oxford University Opera Club led to a job with the BBC as actor/director. Prompted by Sean Connery (whose then-girlfriend Diane Cilento Vladek had directed on stage), he reluctantly took the part of chess grandmaster and SPECTRE agent Kronsteen in From Russia with Love (1963), emerging as one of the most memorable of the early James Bond villains.With his cultured voice, sharp nose and piercing, hypnotic eyes, Vladek's became one of the most recognisable faces on screen in the 60's and 70's. For the most part, he was typecast in sardonic, sinister or eccentric roles, tailor-made as Central European or Soviet spies, in both episodic television (eg The Saint (1962), Danger Man (1964)) and motion pictures (eg S*P*Y*S (1974)). Perfecting his trademark screen personae was partly down to advice from actress Bette Davis, who, according to a 1992 interview in FAB magazine, instructed him to 'narrow his eyes, lower his voice to a whisper and make long pauses'. Affecting these mannerisms served him well, even when he was not playing the bad guy. On several occasions, he appeared in films by Ken Russell, notably as the decadent sculptor Loerke, in Women in Love (1969), and as the Cecil B. DeMille caricature De Thrill, in The Boy Friend (1971). He was also the arcane, enigmatic psychiatrist Dr. Doug Jackson, in Gerry Anderson's cult sci-fi series UFO (1970) (a part he secured after having previously played a similar character in the movie Doppelgänger (1969) for the same production team). In 1977, he was presented by The Dracula Society with the Hamilton Deane Award for his performance as a creepy innkeeper in an episode of the short-lived anthology series Supernatural (1977). The prize was presented to him by none other than Christopher Lee.During the latter stages of his career, Vladek revisited the stage, appearing in fringe venues in London in the title role of "Mahler" (1973), as Shylock in "Variations on The Merchant of Venice" (1977) and as Friedrich Nietzsche in "The Eagle and the Serpent" (1988). He also taught acting classes at the London Academy of TV and made several forays into French cinema as middle-aged men obsessed with younger women. A consummate perfectionist at his craft and one of the great European character actors, Vladek died unexpectedly in October 1992 at his home in London, aged 69.
Vladek Sheybal is a member of Actor 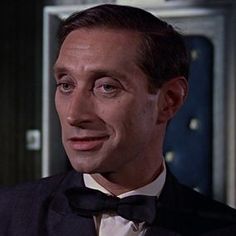 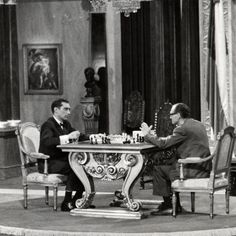 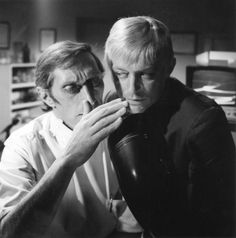 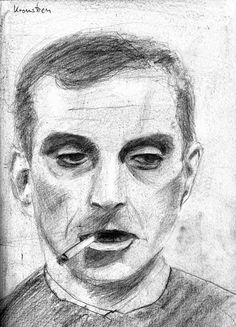 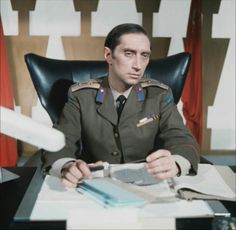 Sheybal was born in Zgierz, near Łódź, in the Second Polish Republic. He appeared in the film Kanał (1957, credited as Władysław Sheybal), directed by Andrzej Wajda, before emigrating to the United Kingdom, where he was typically cast in villainous roles. He also appeared as Holocaust survivor Egon Sobotnik in the television mini-series QB VII.

In 1977, Sheybal won the Dracula Society's prestigious Hamilton Deane Award for his performance in the BBC play Night of the Marionettes, in which he played a sinister Austrian innkeeper whose life-size puppets supposedly inspired Mary Shelley's Frankenstein. Sheybal's final stage appearance was as Friedrich Nietzsche in the Pierre Bourgeade play The Eagle and the Serpent at London's Offstage Downstairs Theatre in 1988.

He died in London in 1992, aged 69, from a ruptured aortic aneurysm. He is buried in Putney Vale Cemetery.